Pushing GST Right Now Is Like Falling For The Sunk Cost Fallacy; Not Worth It 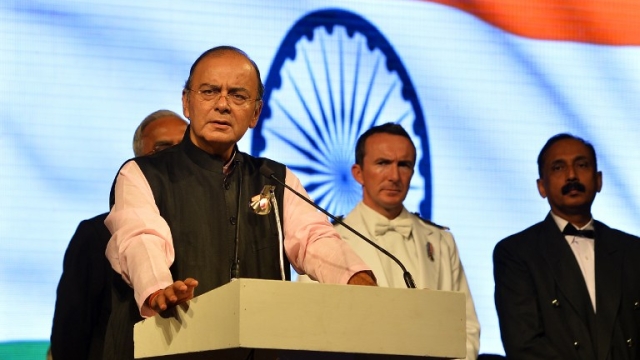 Nearly a decade after it was first proposed, the goods and services tax (GST) seems to be something the NDA government is unwilling to let go, even though its real benefits may be illusory. One suspects that it is the sunk cost fallacy at work- where the sheer effort put in by various central and state governments into making GST a reality has got them psychologically invested in an idea about which most states seem only to have developed a lukewarm interest.

The sunk cost fallacy says that you may end up with suboptimal results if you keep investing time and money in something where the effort-reward ratio is turning more adverse by the day. The Modi government needs to ask itself whether GST is worth the political capital it demands when this is in short supply. As a growth booster, the land acquisition bill should have been more of a priority, but the NDA had invested only a few months of effort in it, and dropped it like a hot potato when the political climate got bad. But it is still persisting with GST.

The fact that GST may be a good thing to have does not mean it should be a priority for this government. Fanciful claims that GST could boost growth by 1-2 percent are likely to be pie in the sky. Even if that happens, that day is far away. But the pain ahead is more than obvious. Most importantly, the GST is counter-productive from the centre’s point of view. Here’s why:

#1: The states want to eat their cake and have it too. Arun Jaitley has already agreed to a five-year compensation for states, which means all the risks will be with the centre, while the states get a free ride. What if the first two years produce lower taxes all around, and Jaitley is stuck with huge fiscal deficits or the option of reneging on his promises to compensate states? A GST is not worth it if both states and centre do not share the risks. If centre has to do all the running, it is worth abandoning.

#2: A half-loaf that will definitely work is better than a full loaf that may be contaminated with high political and economic risk. There is nothing which stops the centre, as one has noted earlier, from doing its own GST – a merger of central excise and service taxes. This can be done in the 29 February budget easily, and would serve as a pilot for learning what the problems are in its implementation. If states can see the gains, they will be eager to join. An ounce of demonstration is worth a pound of exhortation.

On the other hand, the states can be urged to do their own GST, by merging their VAT rates with the service taxes that they can even now collect (these are, of course, the minor ones). Based on these twin experiences, states willing to join a unified GST for centre and states can be offered a route to join up. There is no need whatsoever to push a one-size-fits-all GST for centre and states without any clue as to how the script will play out. A leap in the dark is not wise.

#3: The idea of cooperative or competitive federalism needs states to feel they are missing out something by not joining the fun. This won’t happen as long as the centre keeps delivering the message that GST is more important to it than the states. Actually, for states GST is a one-way street; once in, it will be difficult for them to pull out. This makes their reluctance to rush in understandable. GST should thus remain a coalition of the willing, just as land and labour reforms are for states to implement. GST should be that way too.

There is a strong case for Arun Jaitley to realise that discretion is the better part of valour, and that losing something you don’t quite have in the bag is no loss at all. He should recognise the sunk cost fallacy and not commit even more political capital to GST when he can focus on central GST and make it work without making messy compromises with the states of the Congress. Dropping it, in fact, would allow Modi to claim that the Congress is against reforms, and a disruptionist force.