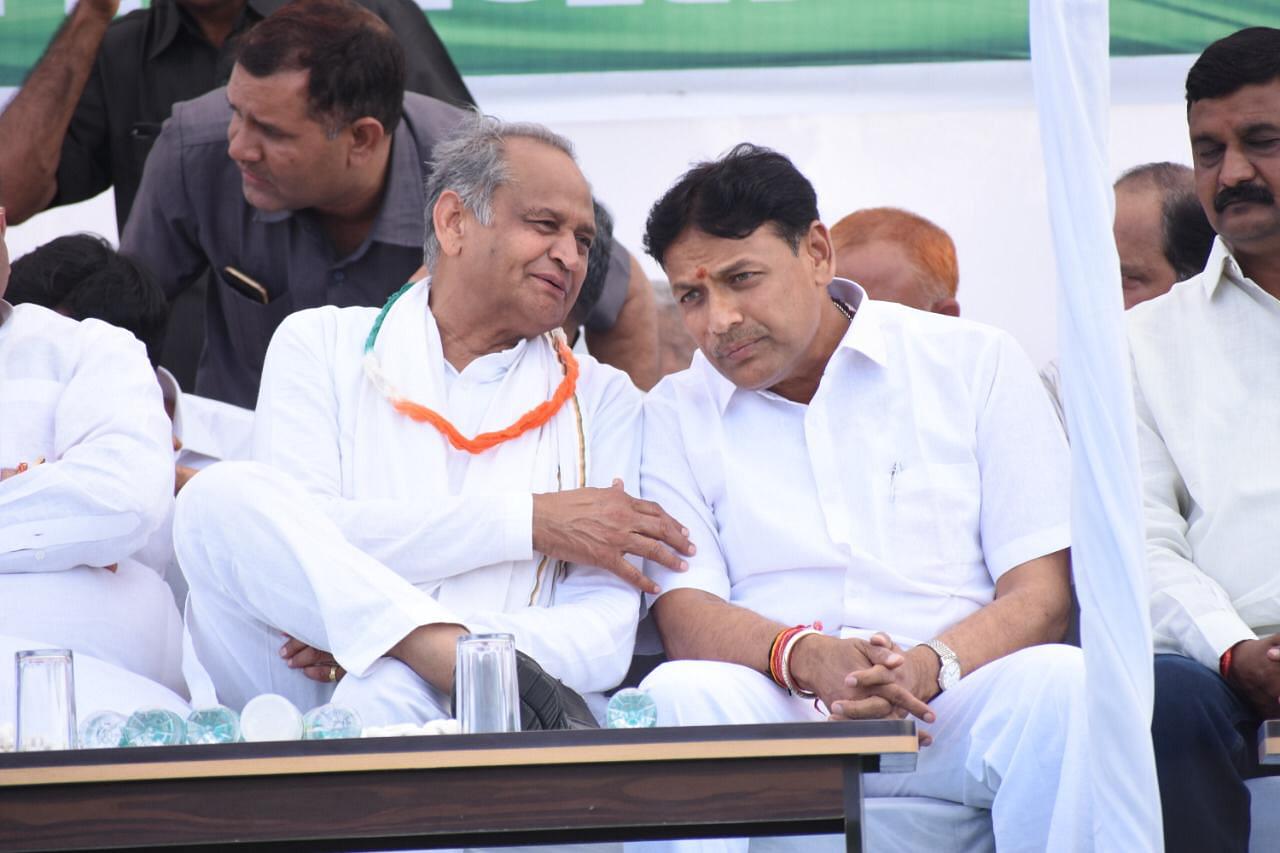 While the Bharatiya Janata Party (BJP) has sent a panel to probe the death of seer Vijay Das, who committed self-immolation while protesting against illegal mining, the Rajasthan Congress is seeing infighting over the issue.

While explaining the modus operandi, he wrote, "Corrupt officers are selected by the minister for the post of collector, divisional forest officer, and other high posts" and illegal mining get the patronage of the government.

Seer Vijay Raghav Das started his protest on 16 January 2021 demanding the closure of mining activities in Deeg town of Bharatpur. After a protest of 550 days, he poured a highly inflammable liquid on himself in the presence of the police force last Wednesday.

He was referred to SMS Hospital in Jaipur and from there was taken to Safdarjung Hospital in a critical condition on Thursday. He died in the early hours of Saturday with 80 per cent burns.

They met seers and locals of Pasopa village of Bharatpur district on Sunday. The committee offered prayers at the Adibadri temple and took details of the mining activities and the protest against mining.

The seers have demanded a CBI inquiry into the matter, expressing apprehension that the Rajasthan government can affect the investigation. Arun Singh said the committee will also mention the demand for a CBI inquiry in its report.

Arun Singh told the media that the seers had to agitate to save Lord Krishna's playground -- Adibadri and Kankanchal mountains -- to save the pilgrimage site and mountains of Braj region.

"The seers were protesting against mining being done under the watch of the state government. Shocked and upset, Baba Hari Bol Das performed 'Pind Daan' and another seer Baba Narayan Das climbed the tower, while seer Vijay Das set himself on fire," Arun Singh claimed.

The protest against the illegal mining was, however, called off on Thursday after the state government assured to close down the mines in Adi Badrinath and Kankhachal Hills areas.

Bharatpur district collector Alok Ranjan said 34 mines are being operated in Adi Badrinath area and 11 in Kankhachal Hills area. The mines were allotted from 2000 to 2018.

He said around 2,500 people are engaged in these mines and they will now get employment in another area. "A notification to declare the area as forest area will be issued in 15 days," Ranjan noted.