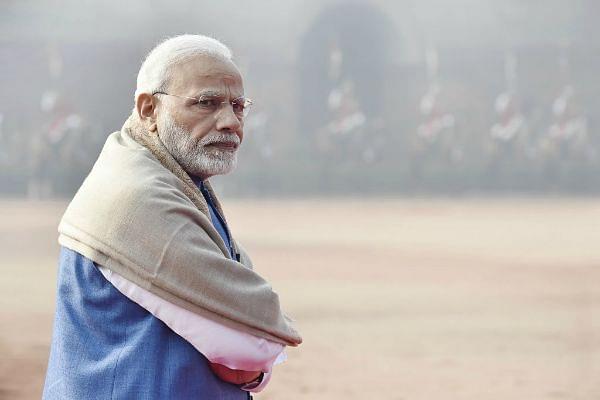 Union Minister of Minority Affairs Mukhtar Abbas Naqvi recently outlined the vision of his department for the next five years: five crore scholarships for students belonging to minority communities; modernisation of madrassas and linking them to formal education system, training their teachers and students with special courses; launching schemes for minority students so that they perform well in competitive examinations; investing in waqf properties to develop schools and hospitals, and so on. This has created a controversy and rightly so.

It should be underscored here that most of these initiatives are not new and have been in place for many years now. Swarajya has been quite vocal in not only criticising sectarian schemes based on religion but also the very existence of Minority Affairs Ministry which was carved out from Social Justice Ministry in 2006 by the Congress government to primarily serve a select few religious groups.

Nonetheless the latest outrage is most welcome because it is helping raise awareness. As a result many more people are being introduced to the communal nature of the Indian state. As expected, the left-liberals are conspicuously maintaining silence on this issue. After all, special religious group rights align perfectly well with their ‘idea of India’. However, it is the silence of many so-called right-wingers/Bharatiya Janata Party (BJP) supporters/influential RW (right-wing) celebrities that is speaking louder than words. Some have been blinded so much by party loyalty that they are bending over backwards to defend and justify it.

A series of fallacious arguments are being presented by all sorts of party faithfuls who mostly fall into the five categories similar to the five stages of grief (Kubler-Ross model, its limitations notwithstanding).

First, the denial stage. Many simply refuse to believe that a seemingly pro-Hindutva Modi government could be running communal schemes targeting non-Hindus as beneficiaries. They are digging data on scholarships and pointing to the critics. “Look, Hindus are getting 80 per cent scholarship under this scheme, 85 per cent under that scheme. How can you say Hindus are not getting anything under Modi government?”

All this is true. As far as secular scholarships schemes are concerned, Hindus are indeed getting majority share of the monies. But in their denial, they forget that this is not what the debate is all about. Those criticising the government are simply pointing out that Minority Affairs ministry is running schemes worth over Rs 4,000 crore that aren’t available to the Hindus.

Let’s say out of Rs 100, the government gives scholarships worth Rs 10. Out of this, let’s assume Hindus get Rs 8 and minorities get Rs 2. So far so good. Now, what the government is doing in addition to the above is, it is allotting Rs 4 extra only for minorities. So, even though totally, Hindus are getting Rs 8 and minorities still only get Rs 6, it should be obvious to all that this arrangement is wrong. It also punctures the claim that the government is not taking away anything from the Hindus while it is actively reserving a special budget for the minorities.

Then there are those who want the ones outraging to give Modi a little more time. “It’s only been a few days since Modi took oath,” they argue. Need we remind them that Modi has been in power for the past five years and not a few days as they would like us to believe? And one wonders if there is anything left to wait for since the new government has announced its clear intention to double down on a minoritarian agenda.

Some supporters are pointing towards scholarships given to Scheduled Castes/Tribes by the government to show that not just minorities but other weaker sections are also being empowered. This is nothing but ideological surrender of disastrous proportions. In their zeal to defend, they naively equate genuinely and historically disadvantaged castes with those communities that have ruled over the country for centuries. The implication of such equivalence puts us on the slippery slope which will take us back to square one: demands of religious reservations and separate electorates.

The second stage is anger. Many supporters are angry at the Modi government — at least those who have got over the first stage of denial. They are dealing with their anger by lashing out at Modi calling him names and what not as if this will solve anything.

Then there are those angry supporters who are attacking the other supporters who are raising their voice against minorityism. “You are not the real supporters”, they accuse. Maybe this latter section, still hungover from last month’s victory, has forgotten that those criticising are also well-wishers of the BJP but with a difference. They are Hindu nationalists first and foremost and BJP supporters next. Not the other way round. They vote for BJP because they feel it is a Hindutva party. They are not Hindutvawadis because they vote for BJP.

The third stage of grief is about bargaining. Some are trying to overcome their anger and denial by hoping that Modi’s minority push is some kind of concession given to minorities and is a precursor to major moves on Article 370, uniform civil code and Ram mandir. It’s really strange that such supporters are willing to trade in this manner.

Sectarianism as a state policy favouring minorities is not acceptable at any cost even if the BJP delivers on its long pending promises such as abrogating Article 370. These supporters are doing a great disservice to India and the cause of Hindutva. When in power, you have to push the ideological envelope as far as possible. Setting the bar low will do enormous harm to the cause.

Moreover, those who believe that they can buy peace by giving concessions to certain communities would do well to heed Sita Ram Goel’s observation: concessions have only helped whet their appetite for more. Have we not learnt any lessons from history of Gandhiji’s policy of concessions? And if the BJP really needs to buy peace in order to abolish Article 370 or build the Ram mandir, then abandoning the policy on triple talaq would be much more impactful than giving scholarships.

The fourth stage of grief is depression. A few supporters have fallen into situation of total helplessness. “If Modi can’t end this minorityism, who can?” is the general sentiment. The hopes were higher this time around due to return of the party with a thumping majority. Their expectations are only natural. Plus, doing away with these schemes doesn’t require any legislation to be passed or any amendments to be made to constitution.

What is needed is simple change in policy by the government. Those who want an put an end to communalism in policy-making know that the BJP is the only party in India’s electoral landscape which they can expect to deliver. And when those hopes are belied, despair is bound to set in. It’s the worst state to be in.

And the fifth stage is about acceptance. Though it’s quite different when one talks of this stage with respect to grief but one takes the liberty here while talking about its similarity with politics. This stage should be about making peace with the reality as it is rather than indulging in denial, being angry or going in depression. It’s about exploring options, presenting solutions and coming up with a plan.

Acceptance doesn’t mean internalising defeat and giving up. “Why only a Muslim is being made a minority affairs minister? Why can’t a Jain or a Sikh be made a minister?” is one form of surrender. It’s like complaining that you are being killed by a gun instead of a knife. The whole point of the debate is to live and not get killed.

Acceptance here means that supporters hold the party accountable if it’s not acting in national interest for whatever reason. It doesn’t matter if minorityism is being pursued for the purpose of appeasement or in mistaken belief that it would help minorities in becoming an inclusive part of the society. If you sow the seeds of separatism, you can’t expect to reap the fruits of inclusion.

One sees a silver lining in this whole drama: majority of BJP supporters are putting the interests of the country ahead of the party’s and are demanding answers. If Modi and the BJP were against minorityism of the Congress government when it implemented the Sachar Committee recommendations, why are they in favour of the same schemes now? What explains this change of heart or U-turn?

Instead of retreating into a shell, the party needs to communicate, otherwise the misplaced charges of minority appeasement will stick. It must differentiate itself from Congress — not just the Congress party but also the Congress mindset — when it comes to minorities.

In case he has forgotten, PM Modi should be reminded of his own remarks he made at the meeting of the National Development Council in 2007 while taking Congress minorityism to the cleaners.

Such discrimination, amongst the eligible beneficiaries, for flow of funds based on minority status, will not help the cause in taking people of India together on the path of development.

It’s time he walks this talk.