Recent Embarrassments With Turncoats Should Prompt Rethink In Bengal’s BJP 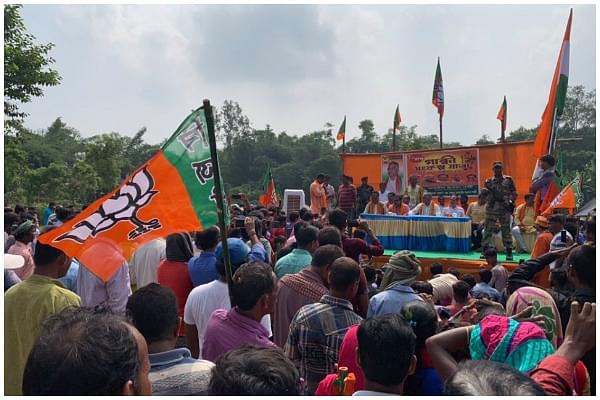 The BJP in Bengal is bracing itself for yet another embarrassment.

Former Kolkata Mayor Sovan Chatterjee, who was once very close to Trinamool chief Mamata Banerjee before falling out with her and joining the BJP in two-and-half months ago, seems all set to return to his original party.

Chatterjee’s imminent return to the Trinamool will be yet another in a growing list of Trinamool netas who had joined the BJP in the aftermath of the latter’s sterling performance in the Lok Sabha elections but have gone back to their original party.

Many Trinamool functionaries, sensing the winds of change, had joined the BJP in June-July this year.

Basking in the glow of its success in bagging a record number of Lok Sabha seats in the state, BJP’s Bengal leadership encouraged mass scale defections from the Trinamool. En masse defections of Trinamool councillors from six civic bodies to the BJP allowed the latter to gain control over these municipalities.

But that euphoria over engineering defections from the Trinamool has turned out to be short-lived.

The past three months have witnessed the Trinamool regaining control over five of the six civic bodies as the turncoat councillors returned to the Trinamool fold, leaving BJP leaders red-faced.

Many other mid and lower category functionaries of the Trinamool who defected to the BJP have also returned to their former party in recent times.

Though the state BJP leadership has put up a bold face and adopted a ‘such-things-happen-in-politics’ bravado, indications are that there is deep disquiet over these developments among some senior leaders.

It is obvious that the BJP leadership did not carry out due diligence before extending an unqualified welcome to all defectors from the Trinamool. A prime example is that of controversial Trinamool MLA Manirul Islam who joined the BJP at the party headquarters in Delhi.

Islam’s entry had caused such open resentment within the BJP that less than a week after joining the party, Islam offered to resign from the party.

He has since been lying very low. Many BJP old-timers are also very unhappy with the unrestricted entry of people like Islam from the Trinamool.

“The induction of Sovan Chatterjee was an unmitigated disaster. He faces corruption charges and has been named in the Narada sting operation. And then there is the matter of his very public extra-marital relationship with a lady who also followed him into the party (BJP). All this does not go with the fair image of our party,” said a BJP old-timer.

A number of lower and mid-level functionaries of the Trinamool who joined the BJP were earlier with the CPI(M).

“These people are perennial turncoats who have joined the BJP for their own benefit and bring nothing to the party. They have not joined the BJP because they subscribe to our ideology or want to serve Bengal. They had earlier shifted from the Left to the Trinamool when the Trinamool had come to power in the state or just before that when they realized the Trinamool was in the ascendancy,” said the old-timer who has his roots in the RSS.

The unrestricted entry of turncoats has dented the image of the BJP.

The BJP, say party veterans, is a ‘party with a difference’ that sets itself apart from the unscrupulous and unprincipled politics of opportunism practised by the Congress and its derivatives like the Trinamool. The entry of opportunists of questionable credentials into the BJP has tarnished the image of the party.

The BJP veterans contend that the party has started receiving negative feedback from the ground about entry of opportunists into the party.

Many old-time and selfless workers who have worked diligently for the party for decades even at great costs to themselves are angry and have become disillusioned.

“Our dedicated workers who perform selflessly are our greatest assets. It is because of the examples they set that people at the grassroots levels support our party. They getting disillusioned bodes very ill for the party,” said a BJP veteran.

He cited the examples of Maharashtra and Haryana where the BJP had to pay a price in the just-concluded state elections for inducting political turncoats with questionable credentials.

Those opposed to the induction of turncoats and opportunists of unsavoury credentials into the BJP argue for the party’s organic growth.

“People have started supporting us because we offer an alternate vision based on economic and social development. But if our supporters see the same set of Trinamool functionaries who they detest joining our party, they will definitely withdraw their support for our party,” said a senior BJP leader who has been speaking at party forums against inducting such people.

This leader, and others as well, are now pushing for a moratorium on allowing functionaries of other parties joining the BJP. The RSS has also put its weight behind this rethink and is advocating due diligence and strict vetting before taking in people from other parties.