Richa Bharti Interview: Law Should Be The Same For Everyone, Sadbhavna Can’t Be One-Sided 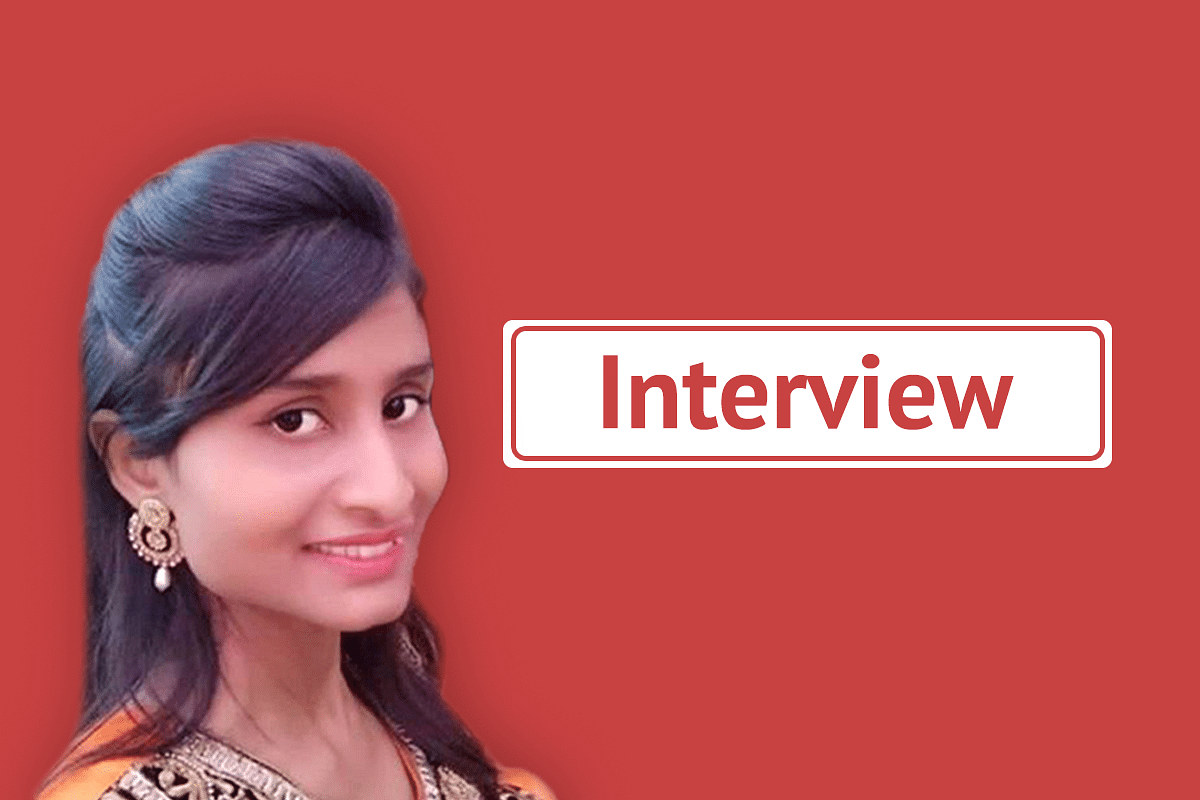 Richa Bharti, a 19-year-old girl from Ranchi, was directed by a court to distribute copies of Quran after she was accused of having put up a Facebook post seen as against the Muslim community. After protests, the court dropped the bail condition citing the recommendation made the investigating officer. The officer had argued that the court’s order in the case was ‘difficult to implement’.

Swarajya spoke to Bharti to find out what triggered the complaint that landed her in jail and what her reactions were to the judgement meted out to her.

Q: There’s a lot of confusion regarding the posts that got you into trouble. Can you tell us exactly which ones you were arrested for?

A: There are 12-13 posts. They aren’t mine. I have been a part of many groups such as ‘Main Bhi Chowkidar”, “We Support Narendra Modi” since before elections. I had simply shared posts from there on my timeline. One was related to Rohingya Muslims, another was regarding atrocities on Chinese Muslims, one a comment on Muslim youths who had put put out a TikTok video where they had talked about Muslims becoming terrorists after Tabrez Ansari’s lynching and so on.

The Anjuman Committee of Pithoriya, which filed the complaint against me, said I had spoken against Islam but that wasn’t the case. After this, I got a lot of abuses on my timeline and even in my inbox from Muslim youths asking me to delete the posts. I had made public some of their screenshots but had to hold back many as they were really vulgar.

Q: Were you surprised at the swift action taken against you? The complaint was filed on 12 July and you were arrested on the same day.

A: I think I was arrested within an hour or so of their complaint. In my case, everything happened really fast. I felt as if I had murdered someone. I was in jail for three days --- from Friday evening to Monday evening.

Q: So, what did the Judge say to you? Were you presented before him?

A: No, no. I wasn’t taken to the court. I got out of jail because of the administration only, because they also must’ve felt that they had made a mistake. My parents didn’t hire a lawyer. They didn’t know how to deal with all this. The administration did everything for us. In the court, whatever happened, happened in front my parents. I wasn’t there. I got arrested and released quite easily.

Q: The Judge initially granted you bail on the condition that you distribute five copies of the Quran to different libraries. Were any of your posts against the Quran?

A: No, of course not. Why would I say something against it? I didn’t drag the Quran at all into this. I am not stupid. But still the Judge put this condition to donate five copies. I wasn’t comfortable with this decision. It hurt me. That’s why I decided to raise my voice against it. I didn’t mean to show disregard for the honourable court’s order but I didn’t agree with it.

Q: Many have spoken out against the condition put by the court for your bail and you have also termed it unfair. What’s your reason for calling it so?

A: Because a lot of comments have been made against my religion too. Take the case of those Muslim youths who made that TikTok video. Why was there no such order against them?

Q: Those who are supporting the bail condition of distributing five copies of Quran reason that this move will help establish sadbhavna between the two communities.

A: Sadbhavna mere liye he kyun bana hai? (Why is Sadbhavana (goodwill) applicable only for me?) They have also committed mistakes. They gave an open threat of becoming terrorists. Terrorism is not a small thing. It’s an international problem. On the other hand, I had shared someone else’s posts. I didn’t even write them. But I was arrested so quickly.

The law should be same for everyone then only sadbhavna will get established. Sadbhavna can’t be one-sided. Everyone asks us to further the cause of brotherhood. When we try, they do wrong things.

Q: Seeing your posts, some are calling you a bigot. How would you respond to that charge?

A: My intention wasn’t to spread hatred in the society, or to hurt anyone’s feelings. I only raise my voice against issues which I feel are important to my country. If Rohingya Muslims are coming here illegally and getting settled, then it’s a matter of national security. We have limited resources. If we allow illegal immigrants, there will be less for Indians, including Indian Muslims.

One journalist uncle was telling me yesterday that why I have to speak out on this, and this is the government’s concern. Of course, the government will have to take care of the problem but if something is impinging on our rights, we have the right to speak up. And I did nothing more than exercise my right to free speech.

Q: You credited the state administration for getting you out on bail but it was the same administration that put you in jail in the first place. There is a BJP government in the state and centre. You are a supporter of the party and prime minister Modi. How do you feel about all this?

A: Yes, I am a BJP supporter. I like Modiji’s work. He has done so much in the last five years. Congress governments also did development but on a small scale. Modiji is doing on a massive scale. Everyone is influenced by him. So am I.

But what used to happen earlier under the Congress government is still happening. Perhaps even more today. Compare the action taken against those threatening to become terrorists and against me for my ordinary posts.

Now, I am not saying that since there is BJP government in power, it should only listen to us. All I want and demand is equal treatment. But that didn’t happen in my case. What used to happen under Congress, I don’t want the same to happen under the Modi government. But despite our government being in power, our situation has become worse. And for what? For doing the right thing?! That’s what hurts me.

A: The law should be applied to everyone equally. If any government is taking away our rights and giving it to someone else, all ordinary citizens should’ve the right to speak up.

As far as the question of hurting sentiments is concerned, they post four times more hurtful statements than we do. Still, we ignore them, don’t file cases, sweep them under the carpet, thinking these are trivial things.

On the other hand, they get riled up over inconsequential issues and try to show off their unity. It all boils down to one’s tolerance.