Saat Khoon Maaf: With Article 370 Gone, Modi & Shah Now Have The Nation Fully Behind Them 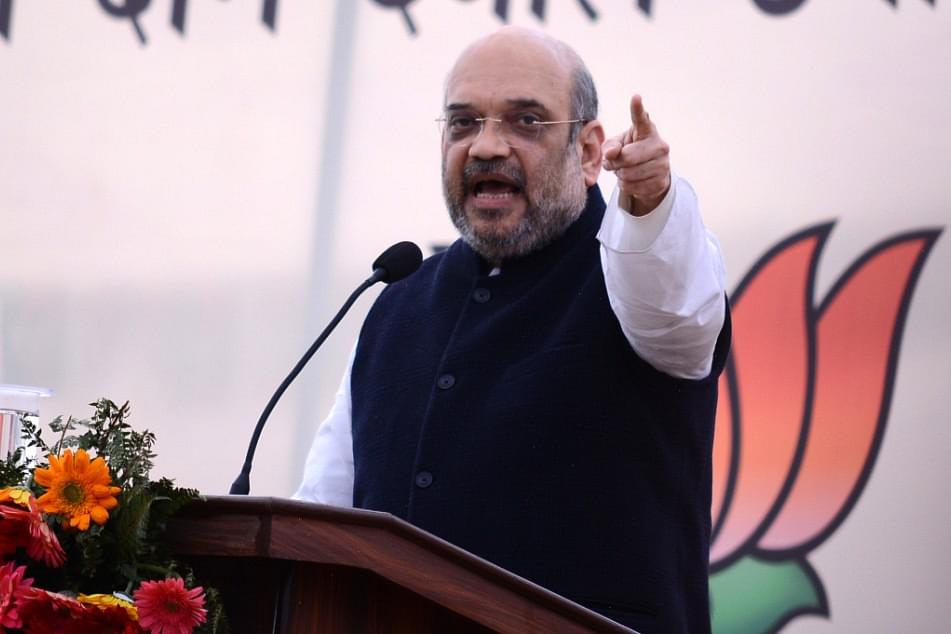 The Modi government’s decision to abrogate Articles 370 and 35A of the constitution — articles which fanned the flames of separatism in Jammu & Kashmir (J&K) — will go down in history as one of the bravest acts of independent India. This decision attempts to douse the fires of separatism, alienation, minorityism and jihadism, while strengthening genuine secularism.

Hard days lie ahead, as the fury of separatist forces breaks on the Indian security forces but whatever happens, the country must unite to back Narendra Modi and Amit Shah in this decision. Blood will no doubt be shed but blood was always being shed in Kashmir, thanks to jihadis sent from across the border to the Valley to help create home-grown radicals.

The real challenge is to ensure that the feelings of Kashmiris are assuaged by proactive programmes to integrate them into the mainstream without awakening xenophobic fears about millions from India swarming the Valley. Modi should address these concerns when he talks to the nation on Wednesday, 7 August.

If we can be sensitive to Assamese and North-Eastern feelings on being inundated with the flow of illegal immigrants from Bangladesh, we can surely understand the Kashmiri feelings too. These can be assuaged by promises and assurances.

Under the changes now proposed — which only need a simple majority to pass — J&K will be bifurcated, with Ladakh being made an Union Territory without an assembly, and the rest of the state (i.e., Jammu & Kashmir) becoming a Union Territory as well, where all the laws of the country will apply.

Articles 370 and 35A stand abolished, and law and order and land will now be handled by the centre, as is the case with Delhi. All Indians will henceforth be able to buy land in J&K, and all central laws will be extended to the new Union Territory.

The armed forces will also have a clear mandate to sanitise the Valley of jihadis, without a political dispensation trying to trip it at every stage. Pakistan will be flummoxed, as it will now confront the resolute might of the Indian state, and not weak-kneed local politicians with one eye cocked at separatists.

Put simply, J&K is now a full and complete part of India, with no separate constitution. There is also no dispute for Donald Trump to meddle in, for we don’t need anyone’s help to mediate an internal problem. The UN also has no locus standi in J&K.

The only real losers in this change — assuming the law passes — are those who believe in the dismemberment of India, the tukde-tukde gang, “liberals” with more mischief than commonsense in mind, and Pakistan.

Kashmiris themselves will benefit from greater economic integration with a growing Indian economy, if they are assured that there is no attempt to mess around with their identity. But they also need to understand that it was the Muslims of the Valley who damaged this identity by replacing Kashmiriyat with Islamiyat by driving half a million Pandits out of the Valley.

Two Bills, one to reorganise J&K into two Union Territories, J&K with an assembly and Ladakh without an assembly, and another, the J&K Reservation (Second Amendment) Bill, are the keys to changing the state’s status that has endured since 1948, when Maharaja Hari Singh signed the instrument of accession to make his state a part of India.

There is little doubt that we have to keep our fingers crossed on how the bills fare, ‘and what follows in terms of violence in the Muslim parts of the Valley, but Jammu and Ladakh, and the half-a-million Pandits who were forced out of the valley will surely celebrate, as will the rest of India.

With the support of the AIADMK, Akali Dal, YSR Congress, BJD, AAP (surprisingly), BSP and SP, the bills should pass the upper house, while passage in the Lok Sabha will be a breeze, given the NDA’s majority.

The surprise was Janata Dal (United)’s unnecessary opposition to the integration of J&K with India. Nitish Kumar, who has a tendency to take the wrong decisions at the wrong time, has done it again. He has gone against national sentiment in a mindless pursuit of pointless differentiation with the BJP.

Kumar seems to have a poorer understanding of the national mood than Arvind Kejriwal, who seems to have decided to back Amit Shah’s bills. Kudos to Kejriwal.

No matter what happens, Narendra Modi and Amit Shah have taken a huge step towards national integration, and those opposed to it will be left in the dust.

The timing of the move has also been terrific, when the Congress party has been in disarray, and the BJP has demonstrated its political dominance in the Lok Sabha polls in April-May 2019.

Geopolitically too, with US trying to woo Pakistan to extricate itself from Afghanistan, India’s moves in Kashmir will be difficult to tut-tut about. Pakistan, now trying to secure its stakes in Afghanistan, cannot easily shift its focus on its eastern neighbour in the short term.

For BJP partisans, who have been miffed about the Modi government’s inability to go ahead with core parts of the nationalist agenda over the last five years, this move alone will sending them singing in the rain. It will consolidate the Hindu vote and make Modi’s position unassailable, as long as the situation in J&K remain under reasonable control.

The government’s failures on the economy will now become less of an irritant for the party’s supporters, and even for large parts of the population at large.

Shah’s adroit move also seals his position as No. 2 in the party. He will probably be the man to succeed Modi when the latter decides to hang up his boots.