Sabarimala, Yogi Adityanath Or Mayawati: The Election Commission Should Stop Being A Killjoy On Free Speech 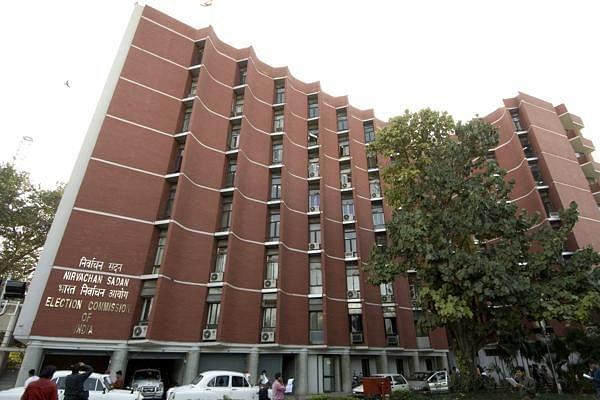 The Election Commission is turning out to be a real opponent of free speech, a right guaranteed under Article 19 of the Constitution.

In Uttar Pradesh, Chief Minister Yogi Adityanath was hauled up for referring to “Modi-ji ki sena”, and Mayawati will probably receive a notice, too, for asking Muslims to not split their votes. She asked them to give her mahagathbandhan with the Samajwadi Party and the Rashtriya Lok Dal a block vote. Logically, someone demanding a block Hindu vote will also be called out.

In a democracy, the only no-go areas are hate speeches and calls for violence. Every other issue can, and should, be discussed, especially if these are important issues for the electorate. And it does not matter if some of these issues sound sectarian (as Mayawati’s surely was), or the expressions deemed unfortunate (as Yogi Adityanath’s reference to “Modi-ji ki sena”).

In the US, such references would never be blackballed, nor would it be the case in most parts of Europe. If someone’s statement is, say, reprehensible, the right way to oppose it is not by banning what he or she can say, but by vociferously disputing or attacking that view with your own arguments. If the right answer to a book you disagree with is another book, the right answer to sectarian campaign rhetoric should be vocal criticism and stronger arguments against it.

The Election Commission cannot decide what issues candidates or political parties can raise. If Sabarimala is an important issue for Hindus in Kerala, the Commission would be wrong to suppress it. If a candidate cannot raise it openly, he will do it through innuendo or indirect references, and voters will get the message. In any case, what is to stop a party from saying that it will bring legislation to reverse a Supreme Court verdict on Sabarimala? Can the Commission say no such law can even be promised?

For example, a candidate who wants a particular caste to vote for him will vociferously demand job reservations or some other favours that will directly benefit that caste, and the Election Commission can do nothing about it. So why be a killjoy and ban what can or cannot be said?

A Communist party can promise to nationalise companies or raise taxes that may actually hurt the economy; Congress can threaten draconian laws to put down lynchings or communal violence, when the existing law is good enough to do so. The changes proposed are dog-whistles couched as strong approaches to law and order, but the Commission can do nothing about a party that makes such promises.

Another party can propose financially unviable projects that will damage the economy and kill fiscal prudence, but again the Commission cannot do anything about it.

So, what is it about caste or religion or any other issue that bothers the electorate that the Commission feels it must stamp out any reference during elections?

If you look at the issue closely, these are all attempts to stifle free speech, and that can never be a good thing is a democracy. The Election Commission should desist from deciding what issues can be discussed and what cannot, for its only job is to conduct free and fair elections, not decide how the electorate must think or whom to vote for.

In a verdict in 2017, the Supreme Court refused to ban a book by Kancha Ilaiah, which had some critical things to same about some castes and Hindus. But the bench, headed by the then Chief Justice, Dipak Misra, refused to ban the book, citing every author’s fundamental right to “speak out” his ideas freely.

If you cannot ban a book, how can the Election Commission ban candidates in a democracy from freely speaking their minds on issues?