#SaveTheConstitution: How Successive Congress Governments Expunged The Constitution Of Its Core Values 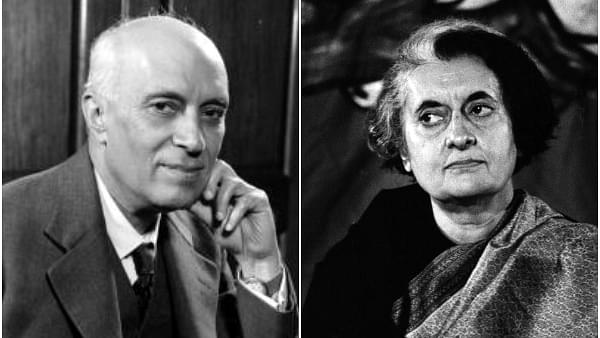 The Constitution has been amended over a 100 times from the document that Dr B R Ambedkar originally proposed. A majority of these amendments have been made by Congress governments. Of course, that is due to the fact that they have dominated the political scenario in India for most of the period after Independence. But what needs to be kept in the mind is that the amendments made by the Congress have virtually expunged it of its core values, and made it easier for the Congress to use the document to further its own political goals.

Take the first amendment, for example. The first amendment to the United States Constitution conferred upon the citizens an expansive right to free speech, which includes the right to burn the US flag. The first amendment to the Indian Constitution, on the other hand, limited the right to freedom of speech and expression by creating more exceptions, allowed the imposition of state monopolies, and limited the right to property by inserting articles which gave constitutional protection to “land reform” legislations. This amendment was passed by the Constituent Assembly itself, which was functioning as the Parliament - the first general elections were held only in 1951. The amendment was enthusiastically championed by Jawaharlal Nehru, and supported by Ambedkar as well.

Tracing the journey of the right to property would be an excellent way to look at how far the Congress was willing to push the Constitution to suit its goal when in power. The Constitution originally provided for the right to property under Article 19, with a proviso under Article 31, which provided for the acquisition of property by the state by the authority of the state, and for the compensation of the persons whose property was acquired. Article 31 however exempted land reform legislations, as there was a broad consensus in the Constituent Assembly for the same. The legislations were however challenged, and the Bihar High Court voided the Bihar Land Reform Legislation in the Kameshwar Singh case, maintaining that the exemptions nullified the fundamental right to equality conferred under Article 14. This spurned the first amendment and created the ninth schedule. Laws included in the Ninth Schedule are exempt from judicial review as they cannot be voided on the grounds that they are inconsistent with fundamental rights. The Supreme Court, however, continued to maintain that compensation was protected under Article 31 (2), stating that the adequacy of compensation is under the purview of judicial review in Bela Banerjee case.

This set the ground for a confrontation between the executive and judiciary, which played out in RC Cooper v. Union of India, (popularly known as the Bank Nationalisation case).In RC Cooper, the Supreme Court reaffirmed the ruling in Vajravelu, and held that the nationalisation of banks was to be struck down on the inadequacy of compensation given by the state. The Indira Gandhi government proposed the 24th and 25th amendments to overturn the decision. The 24th amendment was passed to help overcome the barriers that the Supreme Court had imposed earlier in the Golaknath case, with reference to fundamental rights. It amended Article 368, providing that the Parliament could amend any provision of the Constitution. The 25th Amendment replaced the word “compensation” with “amount” and added Article 31-C, by which the application of fundamental rights (Article 14, 19 & 31) was subservient to the goals specified under Article 39 (b) and (c). This meant that the state could limitlessly curtail fundamental rights to achieve a socialist “paradise”. By replacing “compensation” with “amount”, the protection that Article 19 gave to citizens became a paper tiger.

Article 39 :The State shall, in particular, direct its policy towards securing…..

(b) that the ownership and control of the material resources of the community are so distributed as best to subserve the common good;

(c) that the operation of the economic system does not result in the concentration of wealth and means of production to the common detriment;

The statement of objects and reasons to the amendment specifically point out that the amendment was enacted to “surmount the difficulties” that have been placed before that state as a result of the RC Cooper decision.

These changes were best described by V G Ramachandran as “ a veritable slaughter of the constitution” and that it “smacks of totalitarianism and hurry to achieve socialism instantly overnight!” It wasn’t long after these amendments that Indira Gandhi imposed the Emergency. The Janata Party government attempted to restore some of the pre-Emergency status of the Constitution by way of the 43rd and 44th amendments. The charade that a right to property was a fundamental right was dropped by the 44th amendment, unfortunately making it only a mere legal right under Article 300 A. The amendment did not attempt to reverse the decades of malfeasance that had been perpetrated on the right to property.

A student of history, therefore, would be very sceptical of the Congress crying foul at an “offence” to the Constitution, and that is looking at the constitutional history of a single fundamental right.

Forgive my insolence, therefore, when I scoff at the suggestion that Congress should be “protectors” of the Constitution - you have “protected” us enough, kind sirs.

The constitutional reforms that the National Democratic Alliance has proposed in their current term were all long overdue - the first was to create the National Judicial Appointments Commission, which wanted to alter the opaque system of appointment of judges, which the Supreme Court struck down, the second was to amend the first schedule, to ratify the Indo-Bangladesh land dispute resolution, and lastly to bring in goods and services tax. The agenda for reform should not end there. There is much to be improved upon in the foundational text, and while discussing these reforms, it is best to ignore the alarmists and fearmongers. Another version of this piece was earlier published as Congress talks of protecting the Constitution, here’s what it did to the Right To Property.