SC Verdict On CBI Tussle: From ‘Verma Vs Asthana’ To ‘Modi Vs Opposition And Activists’ In 72 Hours 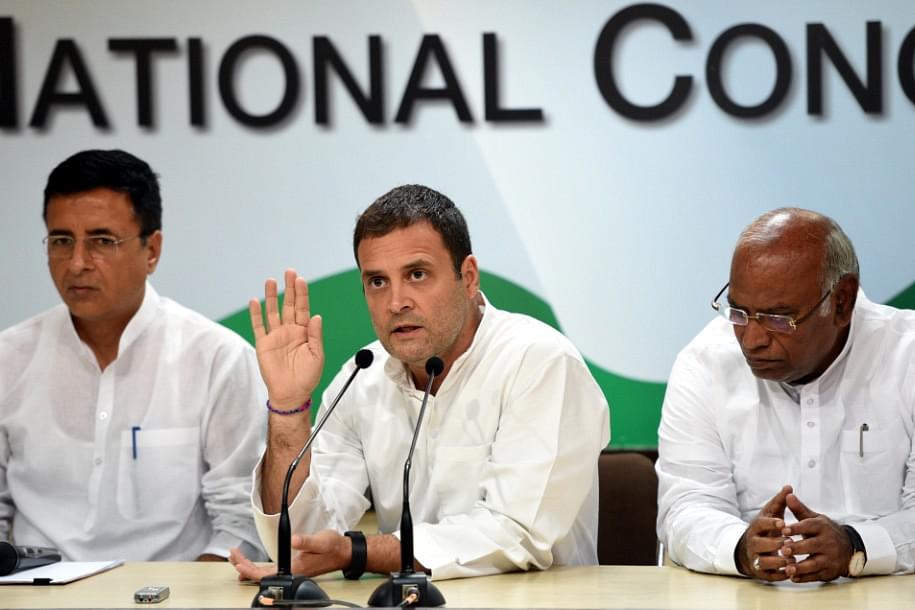 A case which started as a conflict between two officers of the CBI has now transformed into a battle between the government and the opposition.

The Supreme Court’s (SC’s) decision to direct the Central Vigilance Commission (CVC) to complete its probe against Central Bureau of Investigation (CBI) director Alok Kumar Verma within the next ten days has given both the government and the opposition, on the opposite sides of the unfolding drama, an opportunity to rejoice.

Calling it a matter of national importance, a three-judge bench led by Chief Justice Ranjan Gogoi said that the investigation against Verma will be conducted under the supervision of a retired judge of the Supreme Court. It also prohibited interim director of the agency, M Nageswar Rao, from taking any major decisions and said that a list of all decisions taken by him will have to be produced before the court in a sealed cover on 12 November, the next date of hearing.

Verma had moved the top court on 24 October, challenging the Centre's decision to divest him of powers and send him on leave. He has also challenged the decision to appoint Rao as head of the probe agency and claimed that several officers investigating sensitive cases have been changed.

The CVC, however, had come out with a spoiler. It has said that the CBI director was willfully blocking investigations. It has accused him of being non-cooperative with the Commission, non-compliant with the requirements and directions of the Commission and has created willful obstructions in the functioning of the Commission which is a Constitutional body. The body said it had written to Verma on 15 October, asking him to take prior approval before proceeding with FIR against Asthana.

The Supreme Court today also heard a petition filed by “non-profit organisation” named Common Cause, which is being represented by Swaraj India leader Prashant Bhushan. In its plea, the outfit had demanded that the court assign a special team to probe corruption charges against Asthana.

Bhushan, who had once opposed the appointment of Verma as the director of the CBI, had earlier said that he will challenge the government’s decision to send the officer on leave. Along with former union ministers Yashwant Sinha and Arun Shourie, he has accused the government of "criminal misconduct". The three have moved the Supreme Court on the issue. The apex court has said that it would consider according urgent hearing to a PIL seeking court-monitored probe into allegations of corruption against various CBI officials, including Rakesh Asthana.

“The director’s minimum tenure is two years and he can’t be removed prematurely by the government. If this practice starts, then the government can transfer or send any officer who doesn’t toe its line,” he has argued.

Congress President Rahul Gandhi led an opposition protest outside the CBI headquarters in Delhi today in support of Verma and demanding his reinstatement. Gandhi, along with leaders of other parties participating in the protests, were taken to
the Lodhi Colony police station by the Delhi Police.

The Congress has accused the government of sacking Verma for initiating a probe in what the party said was a “scam” in the Rafale deal. Congress spokesperson and close aid of its president Rahul Gandhi, Randeep Surjewala, said the move was the “last nail” into the independence of CBI and accused Prime Minister Narendra Modi of “systematic dismantling and denigrating of CBI”.

The case which started as a conflict between two officers of the CBI has now transformed into a battle between the government and the opposition. The Narendra Modi government’s decision to intervene in the infighting in the CBI seems to have triggered a wider dispute instead of ending the conflict. In fact, it has made the issue more interesting for the Opposition, which is now using it as a stick to hit the government with. The fact that it has already linked the issue to its charges of corruption against the government on the Rafale deal is telling. (Also Read: How Modi’s Personalised Anti-Corruption Campaign Is Backfiring)

The Infighting In The CBI

The fight between Verma and Asthana took an ugly turn with the agency filing an FIR against the latter, naming him as an accused in a bribery case.