Secularism Is Dog-Whistle For Minority Politics; Time To Bury The Word Forever 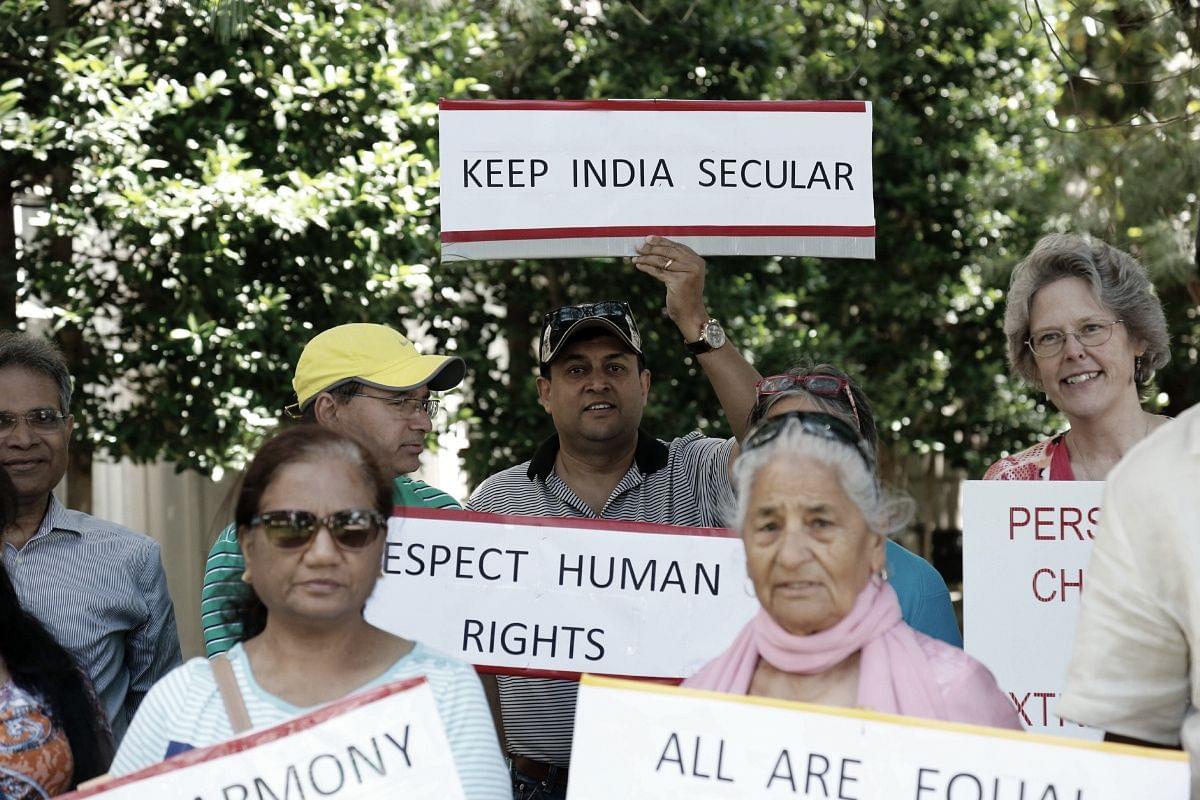 Secularism is not useful as a description of any party or policy in India today.

The verbal fisticuffs over the Congress party’s alliance with an Islamist party in West Bengal is farcical, to say the least. Party veteran Anand Sharma criticised West Bengal Pradesh Congress president Adhir Ranjan Chowdhury over the latter’s decision to ally with the “Indian Secular Front” led by cleric Abbas Siddiqui.

Sharma said the alliance with a Muslim party was “against the ideology of the Congress”. Which is ironical since the party is already in an alliance with the Indian Union Muslim League and the Assam United Democratic Front (AUDF) of Badruddin Ajmal for the Kerala and Assam polls.

It is also worth recalling that even Asaduddin Owaisi’s All-India Majlis-e-Ittehadul Muslimeen (AIMIM) was a part of the “secular” UPA-1 till 2012. Owaisi was willing to share power with the Congress until it was becoming obvious that the UPA was on its last legs. He saw an opening for a Muslim party to flex its muscles.

The Shiv Sena was an ultra-communal Hindutva party till it underwent purification rites in Maharashtra by aligning with the Nationalist Congress Party and the Congress in 2019.

Apparently, the same purification process is non-certifiable for the BJP even after it went into an alliance with the Progressive Democratic Party of Mehbooba Mufti (a “deemed secular” outfit in Jammu & Kashmir). Thankfully, it became easier for the BJP to retain its “communal” status after it dumped the “secular” PDP.

It is worth repeating, for the umpteenth time, that there is no such thing called secularism in India, and there is no party that can claim to be truly “secular”. Not the Congress, and not the Left, both of which developed mild or serious symptoms of Hinduphobia throughout our pre- and post-1947 history, if only to send a signal to the minorities to vote en bloc.

But pre-1947, Indian Muslims voted for Muhammad Ali Jinnah, and post-1947 they voted for the Congress and regional parties. Now that Muslims have realised they were taken for a ride by “secular parties”, new Jinnahs are rising in pockets of “secular” India.

Since 2004 and UPA-1, and ever since Sonia Gandhi started leading the party, the Congress even stopped the pretense of being even-handed between the majority community and the minorities.

Not only did Manmohan Singh let the cat out of the bag when he said that the “minorities” had the first right to state resources, but in act after act – from the Right to Education Act to the Communal Violence Bill – the UPA deliberately went about antagonising the majority community.

The Communal Violence Bill, which bit the dust as states were unwilling to hand over powers to a centrally appointed institution in law and order issues, was a blatant attempt to hold only the majority community responsible for any riots.

Anyone with half an ounce of commonsense should know that parties with “Muslims” tattooed onto their chests cannot be called “secular” by any stretch of imagination. Nor do parties led by an aggressive Islamist in Furfura, West Bengal (Abbas Siddiqui), become secular merely by labelling themselves as “Indian Secular Front”. This same Siddiqui was allegedly seen on video wishing coronavirus infections on 30-50 crore Indians.

The truth is the Congress party has neither lived up to the European definition of secularism, where church and state are separated, nor the fuzzy Indian definition of the word, where the state treats all religions equally.

If the Congress had genuinely been secular and equidistant from all religious identities, the BJP should have remained a fringe party forever. But it is now mainstream, and Jinnah-type Muslim parties are also mainstreaming themselves.

Isn’t it time to bury the word “secularism” once and for all? In India, “secularism” is code, a dog-whistle, for encouraging minority politics. It is not useful as a description of any party or policy in India today.