SGPC Launches Drive To Counter Conversions To Christianity; What Explains The Silence Of Diaspora Sikhs On The Issue? 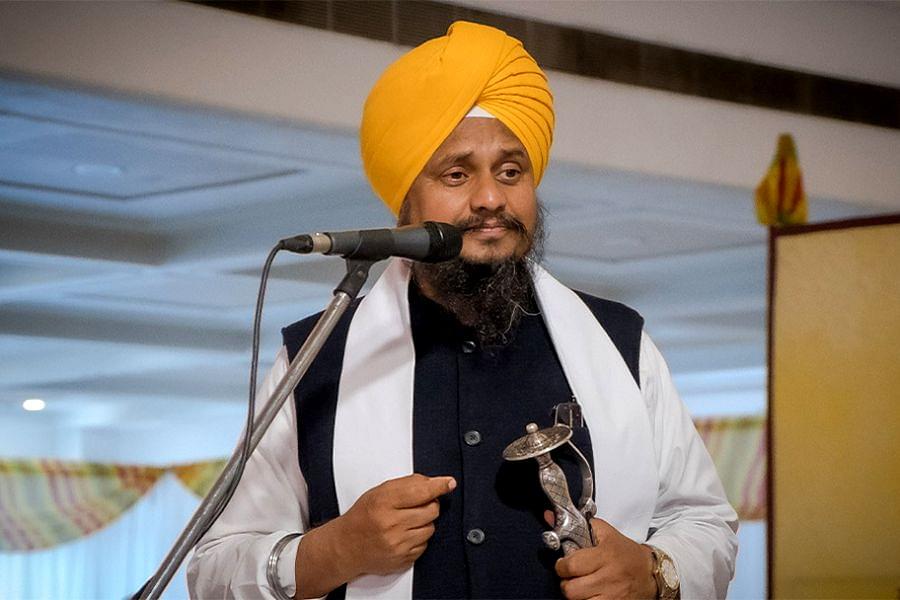 Amid aggressive proselytisation campaigns run by the Christian missionaries, and videos circulating on social media showing mass conversions in Punjab, the Shiromani Gurdwara Parbandhak Committee (SGPC) had been under criticism from within the Sikh community for not doing enough to “protect” the faith.

“Christian missionaries have been running a campaign in the border belt for forced conversions over the past few years. Innocent people are being cheated or lured to convert. We have received many such reports.”

“Shiromani Gurdwara Parbandhak Committee has started a campaign ‘Ghar Ghar Andar Dharamshal (sacred shrine within every home)’ to counter forced conversions, which is a dangerous attack on the Sikh religion,” he added.

Under this campaign, Sikh preachers will be visiting villages to distribute literature.

“Religion is a matter of spirituality. Forced conversion or luring someone can never be justified. All Sikhs should support the SGPC in strengthening the campaign against forced conversions, which is a very serious challenge for us. We have to combat it. (The) SGPC campaign should be run all over India. Right now, we have been focusing on the areas that are more affected,” Singh said.

The Dalit Sikh community in Punjab constitutes 30 per cent of the population and has been the major target of Christian proselytisation activities. According to scholars, prevalent discrimination along with the lack of education and health infrastructure makes them more susceptible to spiritual abuse that is a part of forced conversions.

A major lure offered to them by the missionaries is the opportunity to settle abroad. The role of foreign funds for conversion has been a constant theme in the history of Christian conversion in India.

Giani Harpreet Singh also said that the religious conversion drive is being run in Punjab with funds from foreign countries. “Converting Sikhs to another religion is worrisome. When we don’t force anyone to join our religion by greed, then no one has the right to ask the followers of our religion to convert by greed or pressure,” he said.

Singh himself hails from the Dalit Sikh community and his remarks came on the day when Dalit organisations in Amritsar observed the 101st anniversary of the restoration of Dalit Sikhs’ right to uninterrupted entry and offering of ‘Karah Prasad’ at Golden Temple and Akal Takht.

The direct confrontation between the SGPC and Christian missionaries will also complicate the brotherhood between the Khalistani-Christian Imperial Camp. The conspicuous silence of the diaspora Sikh community which is otherwise quite vocal reflects this dilemma.

The diaspora Sikh community, especially that settled in Western Europe and North America, is the backbone of the Khalistani separatist movement. Their silence on ongoing conversions to Christianity in Punjab could well be the cost they pay to continue to engage in Khalistan-related activities in those countries.

Ideological literature produced the Khalistan camp in support of the movement pushes the agenda to portray Sikhism as closer to the Abrahamic faiths, and divorced of its history in the subcontinent. The instances of the confrontation between ruling Mughal emperors and Sikh leaders, where latter chose martyrdom over conversion to Islam, are portrayed as sinister designs of a minor Hindu character. There is also a deliberate attempt to carve out and emphasise the difference between Sikhism and other Indic faiths.

However, this ideological manipulation doesn't work in the face of the reality of mass conversions of Sikhs in Punjab.

Political Sikhs, in this case, find themselves trapped in an incentive structure where they are pushed to choose between authenticity and political gains based on alliance with powerful Hinduphobic camps. Ultimately, any group, like Khalistanis, that aligns with the structures of Christian-Islamic imperialism for short-term strategic gains, will have to confront the reality of itself being consumed by the expansionist spirit of its partner.

It remains to be seen whether the diaspora Sikh leaders will recognise the deep schism between expansionist imperial ideologies and the teachings of the Sikh panth, or continue to remain silent, resign to tact, for short-term gains.