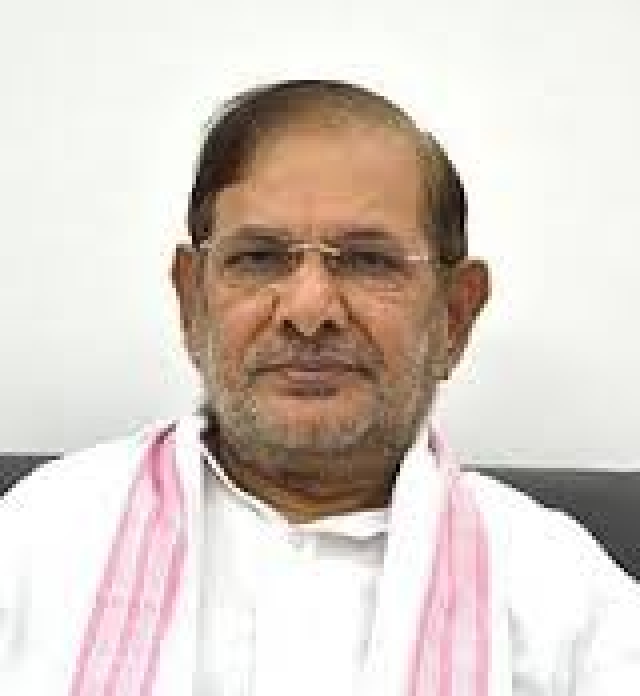 Lohia’s chelas have gone berserk. This is what our Parliamentarians think of women? This is a shame on India.

Social Reformer Ram Manohar Lohia described discrimination against women as the worst form of injustices in the world. He termed it “injustices arising out of equality of sexes.” He spoke about the need to increase women’s participation in decision making as a way to create empowered women. He described an empowered woman as one who is aware of  her rights and has high self-esteem. It definitely did not mean elevating women with acts of human kindness but creating a structure by which they would rise high in structures of power.

Hence if Smriti Irani has risen to being a distinct personality in the power hierarchy, she needs to be respected for her achievements rather than being made fun of saying “I know what you are.” This is where the self-proclaimed chelas of Ram Manohar Lohia have failed completely. In trying to emerge as messiahs of social justice, they have completely forgotten that this cannot be achieved without liberating women that comprises half of the country’s population.

Sharad’s Yadav’s statement in Rajya Sabha, wherein he tried to make fun of Smriti Irani was shocking since it happened in the temple of democracy. Worst of all, the remark came from a senior leader who got the ‘Best Parliamentarian’ award for 2012. Equally shocking was the unapologetic tendency of Yadav and the failure of the House to rise as one and condemn his statement as flippant and disrespectful to Irani in particular and women in general. Giggling by some members further exposed their medieval mindset that allowed them to insult any woman and laugh at her publicly.

What was Irani’s fault? She was merely chastising Yadav through the Chair for his sexist remarks on colour of women. Rather than apologising for his remarks, he tried to deflect the issue by attacking Irani’s personal integrity. Yadav has shamed Indian Parliament and he should be condemned without mincing words for his remarks against Irani and for his racial remarks on the colour of a woman’s skin.

While participating in a discussion on the Government’s Insurance Bill on 13 March, Mr Sharad Yadav went berserk and started describing the anatomy of South Indian women as attractive despite being dark. Yadav dealt at length on the issue and the entire House was laughing. This was the most insulting for any women parliamentarian in the House or those who watched the telecast. How could men parliamentarians laugh at the remark? On 16 March, Union HRD Minister Smriti Irani was trying to set things right when Yadav attacked her personally.

Yadav’s remark is a part of his mindset that was also visible when he described well-off working women as “parkati mahila” (women with short hair). That 1997 statement shocked every progressive person in the nation. This showed his deep-seated aversion to women who come out and challenge and demand their rightful place in society. We need to ponder if his latest remark against Irani was against her per se or against his concept of parkati women.

There is need for women of all ideological divide to join hands and boycott Parliament till a resolution is passed condemning such statements in general and that of Mr Sharad Yadav in particular. Women must act as one on such a sensitive issue. Yadav has given an opportunity to send a very strong message that such an attitude will not be tolerated. It should also be explored if a privilege motion can be moved against Yadav since his statement may prevent some women from playing an active role in Parliament.

Coming back to Lohia, it is sad that his disciples have not imbibed any of his ideology except affirmative action. In April 2014, one who claims to be one of the tallest Lohiaites, Mulayam Singh Yadav, said he was against awarding death penalty for rapists and said he was for change in the rape law. “Rape ke liye phaansi dena galat hai, ladkon se galti ho jaati hai, hum satta mein aaye to kanoon mein badlav karenge (Death sentence for rape is not fair…boys make mistakes…there will be changes in the law if we come to power).”

If we compare  the statement of the Nirbhaya rapist in his confession to a British journalist, the mindset is the same. He said if the girl had not objected to being raped, she would have been safe. His lawyer crossed all lines of civility and said: “If you keep sweets on the street then dogs will come and eat them. Why did Nirbhaya’s parents send her with anyone that late at night? He was not her boyfriend.”

The statement of controversial Godman Asharam Bapu on the Nirbhaya rape reflected the same mindset. “She should have taken God’s name and could have held the hand of one of the men and said I consider you as my brother and should have said to the other two, brother I am helpless, you are my brother, my religious brother. She should have taken God’s name and held their hands and feet…then the misconduct wouldn’t have happened. Galati ek taraf se nahi hoti (mistake is never from one side alone).”

BJP’s Tribal Welfare minister Vijay Shah had to resign due to his sexist and obscene comments against some female workers and also against Chief Minister Shivraj Singh Chauhan’s wife. Bihar’s then Deputy Chief Minister Sushil Kumar Modi was not far behind. In April 2009, he created a big controversy by saying that “Rabri Devi should return to the kitchen and look after her children and keep away from the election limelight”.

Aam Aadmi Party leader Kumar Viswas earned notoriety with  his sexist remark against Kiran Bedi. At a rally in Delhi, Vishwas had reportedly said: “Two problems BJP has with Arvind Kejriwal. One is that he wears a muffler…has he snatched from you and worn? One of them says he coughs a lot…what is your problem? Do you have to sleep with him in his bedroom or what?”.

One cannot forget the sexist jibe of senior Congress leader Digvijaya Singh at her party colleague Meenakshi Natarajan. While praising the young woman leader’s rising graph in the party, Singh described her as “100% tunch maal“  (roughly means ’100 % sexy woman)’. He said he knew this because he was an experienced jeweller—“main purana johari hoon“. The audience cheered without even thinking that he had heaped insult on his  colleague.

In this male-dominated society, Sharad Yadav could have got away easily by apologising for his remarks. But he was not apologetic. He was rather salivating at his own description of the female form. Some others too joined him by having a hearty laugh. D.P. Tripathi of the Nationalist Congress Party (NCP) went a step further by quoting from Kalidas to describe ideal beauty as “slim and slightly wheatish”. One wonders what on earth is wrong with our elected representatives.