Should SC Be Trying To Micro-Manage EC Actions In The Midst Of Poll Season? 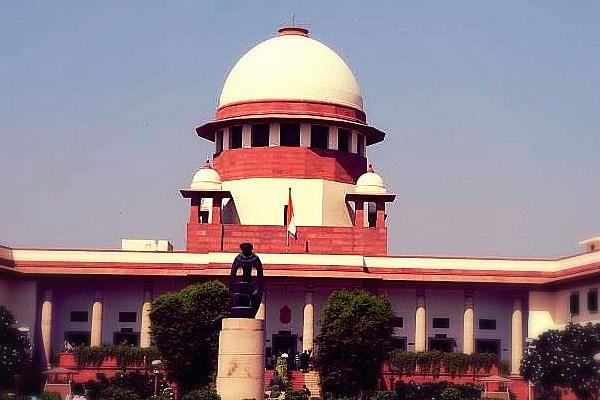 However, this is not the impression one gets from the Supreme Court’s aggression with the Election Commission yesterday (15 April) in the midst of what is admittedly one of the most difficult elections to supervise.

Hearing a public interest litigant (PIL) who raised the issue of caste and communal speeches during the campaign, the court demanded to know why the Election Commission (EC) hadn’t acted against Uttar Pradesh Chief Minister Yogi Adityanath and Bahujan Samaj Party supremo Mayawati for their “hate” speeches. While Yogi Adityanath talked about “Modiji ki sena” and made references to Ali versus Bajrangbali, Mayawati asked Muslims to vote as a bloc for her mahagathbandhan with the Samajwadi Party.

When the EC counsel said that the commission had only limited powers to discipline campaigners, the bench went ballistic, and threatened to haul up the Chief Election Commissioner in court within half an hour. The bench, headed by Chief Justice Ranjan Gogoi, observed: “So you are basically telling us you are toothless and powerless against hate speeches.” The bench demanded to know what action the commission was taking against them.

Faced with this kind of belligerence in court, the Election Commission banned four Uttar Pradesh politicians – Yogi Adityanath, Mayawati, Azam Khan and Maneka Gandhi – from campaigning for a while. While the Yogi and Azam Khan were barred for 72 hours, Mayawati and Maneka were gagged for 48 hours from 6am on 16 April.

The issue is not whether the Election Commission has the power to act more strongly against what it considers “hate speech”, but whether a top constitutional court should be using such harsh tones for another constitutional authority in the midst of an election season that promises to get very heated, given the high stakes involved for all parties.

If the EC is shown disrespect, the message coming through is that it is not only incompetent, but may need supervision and prodding by the apex court in future. If the Supreme Court, which surely has other things to do, is going to provide another layer of supervision over and above what the EC is supposed to do, we will have constitutional confusion. Last week, for example, the EC (wrongly) barred the release of the Modi biopic on the ground that it may unduly influence voters, but the court has now asked the EC to watch the movie and give its comments in another petition challenging the commission’s right to ban the movie.

In fact, the Election Commission’s modest warnings to politicians and censures constitute the right kind of restraint on free campaigning. It should act strongly against hate speeches only if they are truly hateful, not on borderline cases. It should, of course, pounce on any politician who incites violence or even threatens it. It is not the Election Commission’s job to sanitise all speeches, since this can have a chilling effect on freedom of expression. It is not the Election Commission’s job to ban speeches that would at other times be par for the course. In a country where we are saying that the vile speeches of the tukde-tukde gang are also protected under free speech laws, how can all the rules on free speech be changed just at election-time? The best thing the EC can do is to urge restraint, and act whenever things go overboard.

Consider the background in which the court is acting tough with the EC.

One, the PIL was filed by a Sharjah-based NRI yoga teacher, Harpreet Mansukhani. Should the court be entertaining petitions from someone residing in the Gulf in a domestic election? Will it tomorrow entertain a petition from an NRI in the US seeking some other restraint in an Indian election?

Two, the language. Should the Supreme Court be openly trying to overawe another constitutional body by threatening to haul up its head in court? Is this kind of power projection really warranted? Does it not undercut the moral authority of the Election Commission? Already Mayawati has criticised the ban on her campaigning as “unconstitutional” and a black day for the EC. She has alleged that the EC is preventing her from asking voters to defeat the Bharatiya Janata Party (BJP). She may have conveniently forgotten that even BJP leaders have been barred from campaigning, but the point is this: the EC can play a fine balancing role in such cases, but the Supreme Court is needlessly forcing it to act harshly, to protests of partisanship by some politicians. The SC is not the best judge of how much action is right in what circumstances.

Three, the timing. The time to examine whether the EC has enough powers to discipline politicians during election time is not at the peak of election season, where the EC is battling the odds to ensure as free and fair polls as possible. By distracting the EC from its job at this crucial time, when the polling process is already underway, the SC is needlessly injecting itself into the picture. It cannot do any good.

If the commission has to look over its shoulders every time it is conducting an election, it is not going to do a good job of it.