Sikkim’s Bizarre Politics: BJP Is In The Opposition And The Ruling Party Is Its Ally 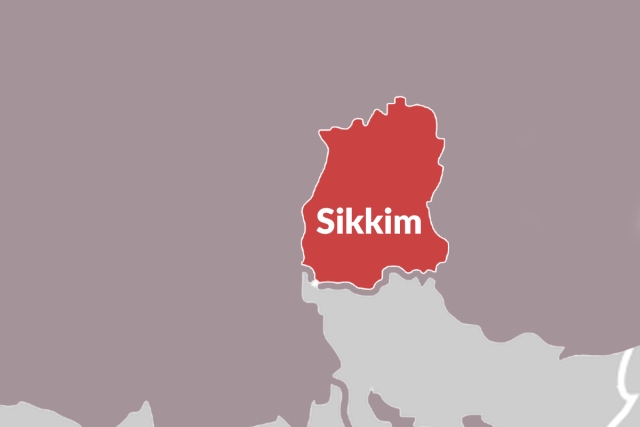 Sikkim has created political history of sorts. A party that garnered just 1.62 per cent of the votes cast in the last assembly polls held earlier this year and did not win a single seat on its own, is not only the principal Opposition party in the state now, but has also become an ally of the ruling party!

In the assembly elections held in April this year, the Sikkim Krantikari Morcha (SKM) won 17 of the 32 seats in the state assembly, unseating the Pawan Chamling-led Sikkim Democratic Front (SDF).

The SDF held power uninterruptedly for 25 years since 1994 and Chamling holds the record as India’s longest-serving chief minister. The SDF won 15 seats in the assembly polls.

The close win by the SKM with a margin of two seats set off political machinations in the state. The SDF, which was a constituent of the BJP-led North East Democratic Alliance (NEDA) when it was formed soon after the BJP came to power in Assam in May 2016, hoped to get help from the BJP to unseat the newly-elected SKM government.

The SKM government headed, by Prem Singh Tamang (popularly known as P S Golay), had one major vulnerability. Golay had been convicted in December 2016 for allegedly embezzling Rs 9.5 lakh while he was the animal husbandry minister in the first SDF government from 1994 to 1999. He was sentenced to one year in prison and fined Rs 10,000.

Golay was released from prison after serving his sentence in August 2018. But his prison term disqualified him from holding any elected office for a period of six years. He did not contest the assembly polls held in April but opted to become the chief minister. He, thus, had to get elected from a constituency within six months.

Golay appealed to the Election Commission of India to waive the disqualification period and allow him to contest a bypoll in the state.

Three of the newly-elected MLAs (two from the SDF and one from the SKM) had bagged two seats each and had to, therefore, vacate one seat each. Bypolls to these three seats were thus due and Golay hoped to contest and win from one of them provided his disqualification period of six years (starting from the day his prison sentence ended in August last year) was waived by the ECI.

Chamling took all his newly-elected MLAs to Delhi and camped there for weeks with the intention of not only preventing defections from his party to the SKM but also to ensure that Golay’s disqualification period is not reduced.

However, in a strange twist, 10 SDF legislators joined the BJP. This was followed by two other SDF MLAs joining the SKM. Chamling was thus left as the lone legislator from his party in the state assembly (the effective strength of the SDF was 13 since two MLAs from the party had won from two seats each).

Before the assembly polls, the SKM was involved in seat-sharing talks with the BJP and the two parties were close to reaching an understanding. However, a deal could not be reached reportedly because of disagreement over a common minimum programme and the BJP’s refusal to accommodate some “impossible demands” of the SKM.

The SDF, which was part of the BJP-led NEDA, was also opposed to the SKM and the BJP becoming alliance partners.

This announcement was followed closely by a very significant one from the ECI (Election Commission of India) that reduced Golay’s six-year disqualification period to one year and one month — exactly the period that had elapsed since he was released from prison.

The very next day, the SKM-BJP alliance announced that Golay would contest from the seat that had been vacated by Chamling (who had won from two seats).

What has raised more eyebrows is that the SDF has put up a very weak candidate from Poklok-Kamrang, the seat vacated by Chamling from where Golay would be contesting. The SDF is suspected to be giving Golay a walkover!

And, say political observers, with the SKM’s strong backing, the BJP is sure to win the two seats it is contesting from in the 21 October bypolls. In fact, the BJP candidate from the Martam-Rumtek seat, Jigdal Chewang Bhutia, has been moved to the BJP by the SKM!

Political observers feel that the political scenario may take more interesting twists after the results of the bypolls are announced on October 24. Will the BJP remain in the opposition and also be part of the ruling alliance?