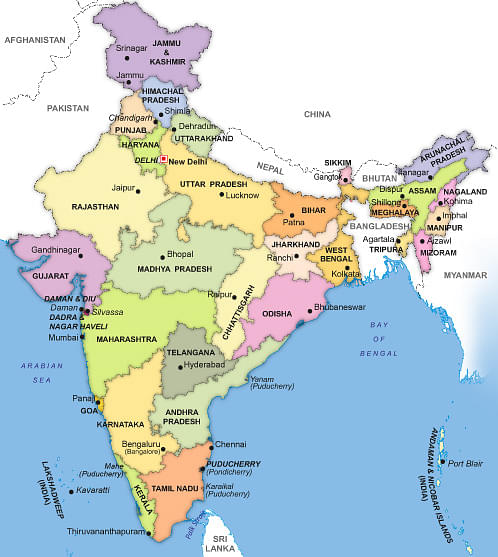 How much nicer it would be if Bihar, UP, Maharashtra, etc, are split into smaller governable provinces.

This won’t hurt to say with the Bihar elections concluded and the key Uttar Pradesh polls not due till 2017. Bihar and Uttar Pradesh need further subdivision to smaller states having 20 or so Lok Sabha seats. The principle needs extension to other large states as Maharashtra and West Bengal. Tamil Nadu with fewer than 40 seats may be border-line but division won’t harm.

Divisions will be solidly resisted by the political class and especially by regional politicians. Bihar politicians did not easily give up Jharkhand. Its mineral assets were stripped and cashed before every election. Nor was Uttarakhand peacefully carved out of Uttar Pradesh. At the time, the leaderless Uttarakhand agitation seemed destined to fail. The formation of Telangana was long overdue. Laloo Prasad Yadav, Mulayam Singh Yadav, Mamata Bannerjee, etc, will defy fractionation of their states. But smaller states are inescapable.

Smaller states are easier to govern and develop. They may seem unstable from having too few legislators but Manohar Parrikar made an example of Goa with his unvaried thrust to economic growth and development which brought political stability to the state. There is every reason to believe that smaller states fashioned from UP, Bihar, Maharashtra, West Bengal and Tamil Nadu will follow Goa’s stable pattern. In any case, they will each have two to three times more assembly members than Goa.

State elections are consuming too much national time and energies. Frequent elections and the negativities they generate is something all parties should get together and minimize. The damage caused to the national psyche is enormous. But super-sized states and their overweighted politics are also hurting national growth and cohesion. Bihar A and Bihar B with 20 Lok Sabha seats each would consume far less election time and exhaust the nation in half of a united behemoth with 40 seats. Uttar Pradesh divided into three entities will cease having a disproportionate influence on national politics. It is disconcerting that it controls a seventh of the Lok Sabha.

Wouldn’t smaller states come at a cost of a strengthened Centre? That is not so terrible. All the same, the Congress era of sacking state governments at will is over. The Supreme Court is intervening in cases of contentious assembly confidence votes where the speaker is biased. Information transfer is also so fast and far-reaching that a state deliberately neglected by the Centre has a powerful weapon of public opinion to fight back. Public opinion overwhelmingly supports economic growth and development. So the fears of a wilful Centre may be put to rest. But smaller states will definitely mean that they cannot use size to obstruct the national narrative of growth and development. India on the whole will become more governable and amenable to the rule of law.

If a spirited campaign gets underway now, perhaps the country will see more numbers of smaller states with better futures in the years to come. Politics in the states will also become less about power for power’s sake than good governance.

This piece was originally published at newsinsight.net and has been republished here with permission.