So It Was Okay To Postpone Union Budget For UP Polls But Postponing Winter Session For Gujarat Is Unacceptable? 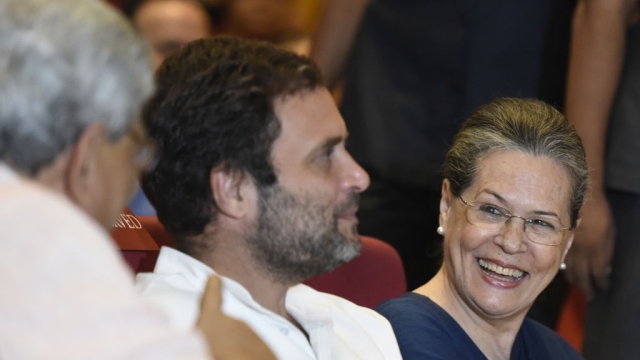 Over the past few days, the Congress, along with other opposition parties, has sought to make a huge issue about how Bharatiya Janata Party (BJP) has pushed the winter session of Parliament ahead and cut it short just to be able to derive maximum benefit of the campaigning period before Gujarat polls. The ruling party has in turn hit back by pointing out how the Congress did the same many times when it was in power. None other than Finance Minister Arun Jaitley himself reminded the Congress of its deeds.

But the issue is not just about who also did it. It goes beyond that, and frankly, the entire furore is hypocritical at best.

The same opposition, that is now arguing that 'democratic procedures' are being neglected for elections, has forgotten how it mounted a campaign in January to delay the all-important budget session because of polls in five states.

An 11-member delegation of opposition parties, including the Congress, the Trinamool Congress, the Dravida Munnetra Kazhagam and the Janata Dal (United), even met Election Commission to demand the postponement of the Union budget.

At that time, their claim was that the government should not be allowed to present the budget until the polling in the five states is over, lest they should get benefit of the provisions announced in it. At the time, they didn't care that budget is one of the most important duties of the government in power and the parliament as a whole. They didn't bother that processes that are for the entire country and as important as the budget itself should not be held hostage to which state is going to polls.

The Narendra Modi government had announced well in advance (upto three months) that they will be bringing forward the budget so that budgetary provisions can be implemented without fail from the beginning of the financial year, which is 1 April.

But, of course, at the time, Congress leader Ghulam Nabi Azad was more worried that "populist measures could be announced and free and fair elections won't be possible hence”. It didn't matter to these parliamentarians then that implementation of pro-poor schemes is perhaps more important.

Isn't it a relevant question to ask if the winter session, and its postponement by a few days for an election, is really more problematic than asking for the budget itself to be postponed?

That's not all. When the government did not budge, same opposition parties used the unfortunate death of former Union minister E Ahamed to get their way. The entire thing was sad, to be honest. Desperate attempts to stall proceedings, using someone's demise all for purported political gains. Not to forget, the same opposition has tried its best to stall proceedings plenty of times just to frustrate the government, holding up discussions even on goods and services (GST) tax until the very last minute.

Today, for leader of the opposition in Rajya Sabha, Azad, the government is 'shying away' from facing Parliament to 'hide its corruption and failures'. This leads us to ask, what were the rational expectations from the opposition in the Parliament session anyway? The same old jibes on demonetisation and GST that we have heard for a year. Gabbar Singh Tax pot-shots? Can they promise that they will not stall proceedings and actually debate intelligently? Parliamentarians that have no stake in governance have shown the tendency to degenerate the debates of the House into meaningless exchanges, most of the time. The Congress, with very little skin in the game, is in the same category today.

Worse, such petty opposition tactics are allowed to go unquestioned, repeatedly. There was no criticism of the Congress back in January and none now. Can no one see it or is it just fun to have the opposition try to pin down the government on just any issue at all? Does that help democracy? Did anyone ask opposition leaders how does their demand meet the people's aspirations (and not their own alone)? Being called on mindless politicking is a burden that any opposition must carry to keep it honest. After all, parliamentary democracy is not just about fighting all the time.

On its part, the government has not even tried to deny the delay is because of polls. They have owned it up saying ‘polls’ are the biggest celebration of democracy. Union Minister Mukhtar Abbas Naqvi said, "Parliament sessions and elections can’t and should not overlap with each other. Both are part of our constitutional commitment and if they overlap we will fail to do justice to our voters and the august house.’ BJP president Amit Shah also batted openly for the delay, saying that during polls it is perhaps better that parliamentarians should be with the people. “In 2009/2011, the Congress too had rescheduled Parliament sessions. Elections are the biggest festival of democracy and everyone has the right to campaign for it. This is why the Parliament's winter session was extended,” Shah said.

All political parties and governments try to use procedures to their advantage or convenience. The BJP is doing the same. So, where is the high moral ground that the opposition is looking for here?