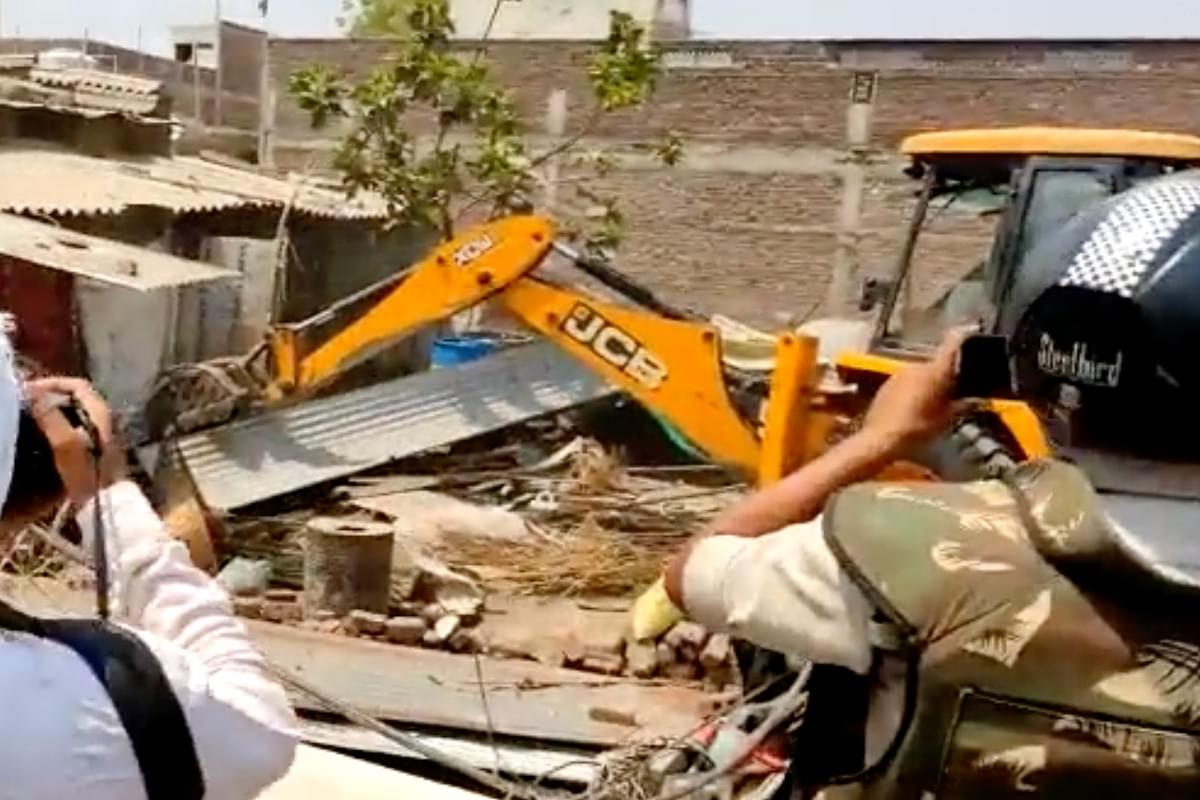 A day after stone pelting on Ram Navami procession in Madhya Pradesh's Khargone, the district administration has arrested over 80 people and started bulldozing illegal constructions of the accused.

The administration had earlier imposed curfew in Khargone after the rioters pelted stones at a Ram Navami procession on Sunday (10 April).

The action comes after Madhya Pradesh Chief Minister Shivraj Singh Chouhan announced that the rioters won't be spared and strict action would be taken against them.

"They will not only be sent to jails but also made to pay for vandalising public as well as private property. We are forming a 'Claims Tribunal'," CM Chouhan had said.

Sharma said damage caused to public and private properties during the violence will be recovered from rioters.

Inspector General (IG) Rakesh Gupta, who is camping in Khargone along with Sharma, said the law and order situation in the city was under control and action against anti-social elements was continuing.

According to MP Home Minister Narottam Mishra, Khargone's Superintendent of Police Siddharth Choudhary was injured after he was shot with a taser.

Further, six more police personnel were injured during the incident.