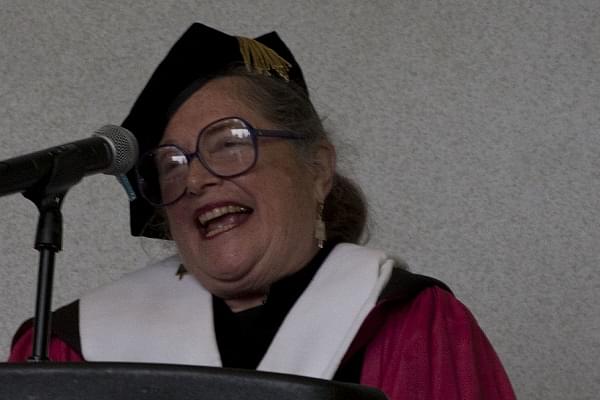 A new humanities discourse around India has to be created from scratch. The existing one, is beyond repair.

Recently, Narendra Modi’s visit to Silicon Valley was attacked in a petition by US-based academicians led by scholars like Wendy Doniger and Sheldon Pollock. Over 80 per cent of the signatures were by Indian ‘sepoys’ joining the bandwagon. As a rejoinder, there emerged two counter petitions supporting Modi, each signed by much larger numbers of US-based academicians, who were also mostly Indians. This clash between the two camps of Indians is important to analyse because they represent two entirely different constituencies.

The anti-Modi petitioners proudly characterised themselves as faculty members of South Asian Studies, the new term for what was known as Indology in the colonial era. Stated simply, this is the study of India’s faiths, culture, history, politics, journalism, social sciences and related areas. On the other hand, the pro-Modi academicians were mostly from science, technology, business, medicine, law and other technical fields. I will refer to the former group as ‘South Asianists’ and the latter as ‘technocrats’. It is not a mere coincidence that these opposing camps are shaped by the disciplines they work in. It is important to understand the reasons for this.

South Asianists learn about India using Western-developed frameworks, vocabularies and theories that have Western cultural biases built into them. This hegemonic discourse on India subverts Indian native categories and the Vedic worldview, characterizing Indian civilization as a human rights nightmare whose solutions must come from Western thought. In other words, the South Asian Studies lens uses the West’s past for interpreting India’s present. The solution offered is that India’s desirable future is to mimic the West’s present society. The field is driven by the consensus of Ivy League gatekeepers, who can act like a sort of mafia to make or break an individual’s academic career.

The technocrats are not burdened by such culturally-determined programming, at least not to the same extent. Their disciplines are based more on empirical data and logic. In other words, it is possible to argue one’s controversial thesis in Chemistry, for instance, by demonstrating laboratory evidence that is verifiable. But it is not as easy to prove a theory of human rights violations without dealing with cultural biases of various kinds. The humanities are inherently more subjective, and hence vulnerable to power plays.

Another difference is that the technocrats tend to be more logical. A typical batch of students entering college in the technocrat fields tends to have higher scores in mathematics (i.e. logical mind set) than their counterparts entering humanities and social sciences. Add to this that India’s technocrats are now super confident, knowing that they are second to none in their fields. They have achieved global success based entirely on merit. Therefore, they see no reason to bow down to Westerners when it comes to interpreting their Hindu heritage. This latter quality is what differentiates me from the Indian scholars of Hinduism Studies:  I owned companies where I employed many Americans, and a large number of managers from many nations reported to me. I find that Indians lacking such a background of managing Western professionals with authority are afraid to take them on, because of their deep inferiority complexes.

In other words, our colonized mentality can be isolated largely to our professionals in the humanities and social sciences. We have a clash between Indians in the two camps of humanities and technical fields. The technocrats tend to be patriotic and the humanities/social sciences scholars tend to be Hinduphobic and apologetic. The Indian media, in turn, are largely educated in fields with deep influences from South Asian Studies.

I am not against Western Ivy Leagues in general. But I oppose their stranglehold over South Asia Studies in particular. This is equivalent to the power of colonial era Indology that was headquartered in places like Oxford.

Until recently, the South Asianists and their mainstream media supporters have had a virtual monopoly as the voice and face of India. But in recent years, a counter voice has emerged that cannot be dismissed. Only a couple of months ago, I was personally the target of a massive attack demanding that my books be withdrawn (ironically by the same South Asianists who oppose such bans when their own books get targeted). While it garnered 240 signatures, a counter petition initiated by Madhu Kishwar that supported me got well over 10,000 signatures. Every such victory is another nail in the coffin of the Hinduphobic forces.

The clash is also over who has the adhikara (authority) to speak for our heritage. South Asianists close ranks to mock at the voices that are not certified by their institutions. But our tradition has always valued experience over book knowledge. Our history is filled with exemplars who did not get certified by any institutions resembling the Western Ivy Leagues.

With this background, I wish to discuss the right and wrong approaches to address this problem. In the 1990s, my Infinity Foundation pioneered the funding of Western academicians in order to improve the portrayal of Indian civilization. It took over a decade and several millions of my hard earned dollars before I understood the academic game. Gradually, I developed my insights into how insidious the South Asian Studies machinery is. I witnessed first-hand the complex funding mechanisms, intellectual and political networks, and interlocking of agendas across government, private foundations, church and academics. That is when I concluded that planting chairs in such a giant machinery was like feeding a crocodile hoping to turn it into a friend.

I am now an ardent critic of Indian movements that seek to establish Hinduism-related chairs within Western academe. Such projects are premature and counterproductive, driven naively by glamour and prestige.

What we need first and foremost is a new corpus of content and discourse, one that would challenge the prevailing discourse on Indian civilization. Such provocative discourses simply cannot be produced from within the walls of the very same fortress that has to be exposed and dismantled. It cannot be achieved as an ‘inside job’ because that would entail a greater degree of personal risk and brilliance than what is available among our academically certified scholars today. It would also need a large critical mass of like-minded scholars in one place, with political clout and will. It is a sheer waste to develop a random scattering of chairs here and there, occupied by individuals craving personal (petty) career success.

Given the cost of setting up one academic chair in USA (approximately $4 million), it would be far better to use that money and set up a whole department of scholars in India with the concentrated goal to develop a new discourse on some specific topic. As an example, a centre to develop a Hindu perspective on women’s status and role could be tasked to produce game changing discourse on that theme. This would then be disseminated worldwide through multiple channels. Several such theme-specific centres ought to be established in India. This is how China has taken control of the way China is being studied worldwide. They did not outsource the knowledge production about their civilization the way Indians have.

Such an approach would nurture the ‘Make in India’ spirit in the field of South Asian Studies. It would keep the adhikara and world class expertise within Indian institutions. The new genre of discourse would also be intimately connected with our traditional mathas and peethams, rather than with the likes of Ford Foundation, Western churches and think tanks and their paradigms. This would de-colonize our youth and media once they realize that we are the best experts on who we are as a people.