Swami Keshavananda Bharati, Who Passed Away On Sunday, Saved Us From One-Party Rule And, Probably, One-Family Rule 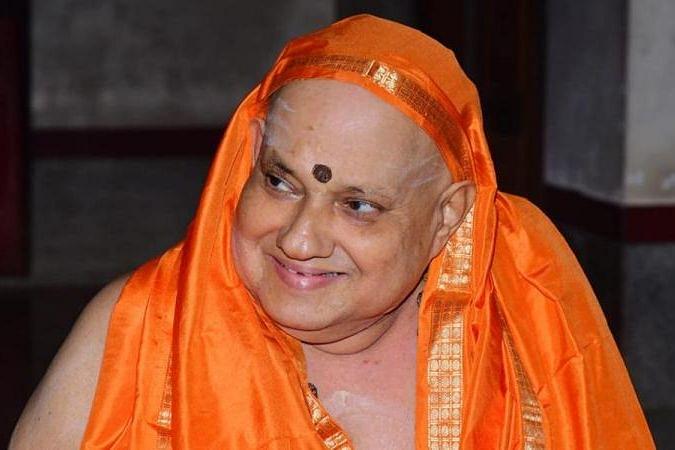 Yesterday (6 September), India woke up to the sad news of the death of Swami Keshavananda Bharati, the Edaneer Mutt head in Kerala.

If not for the seer, we could have been easily trapped by either a one-party rule or, even, a one-family rule during the late Indira Gandhi's tenure.

Born to Manchthaya Sreedhara Bhatt and Padmavathi Amma, Swami Keshavananda Bharati was appointed as the head and chief pontiff of Sri Edneer Mutt in Kasaragod, Kerala, in 1961. The mutt belonged to the lineage of Sri Thotakacharya.

He was one of the first four disciples of Sri Adi Shankaracharya and he followed the Smartha Bhagawatha tradition of Advaitha Pantha, which has over 1,200 years of history of religion, culture, art, music and social service.

Swami Keshavananda Bharati, the only shankaracharya in Kerala, took sanyasa at the age of 19 and was the head of the Edneer Mutt until his death.

Petition Against Land Reform Turns One To Save Nation

The mainstream media has called him as the person behind the 'basic structure' judgement of the Supreme Court and a petitioner who saved democracy.

The petition he filed 47 years ago against the Kerala government’s Land Reform (Amendment) Act also laid the foundation for what, till this day, has prevented India from becoming a totalitarian state.

The case saw two records being created in the judicial history of the country. One, it saw the largest bench-ever to be formed in the Supreme Court to decide a case. Two, the case was heard for 68 days, the longest proceedings held by the apex court until today.

The case, in which Bharati had challenged the Kerala Land Reform Act, set the ground for the Supreme Court to become the guardian of the 'basic structure' of the Constitution.

The case was heard from 31 October 1972 to 23 March 1973 and has been often referred by various courts across the country besides the Supreme Court and constitutional experts.

In 1970, the Kerala government took over the Edneer Mutt’s land after it passed the Land Reforms Act in 1969. Swami Keshavanand Bharati, then, chose to challenge the takeover in the Supreme Court. A petition was filed on 21 March 1970.

In view of his ill-health, Nambiar put the Swami through to eminent constitutional expert Nani Palkhivala, who not only took up the case but also prevented a review of the verdict without anyone seeking it.

He urged the Supreme Court to declare as unconstitutional, ultra vires and void the provisions of the Kerala Land Reforms (Amendment) Act 1969 (Act 35 of 1969).

Even as the petition against the act was being heard by the Supreme Court, the state government passed the act and got the President’s assent on 7 August 1971.

According to Arvind P Dattar, who wrote Palkhivala’s biography, the “hard work and scholarship that had gone into the preparation of this case was breathtaking”.

The Supreme Court’s efforts were directed towards finding a solution to the question of whether “the power of Parliament to amend the Constitution was unlimited”.

The scrutiny meant if the Indian Parliament could alter, amend, abrogate any part of the Constitution that could even deny one or all fundamental rights.

It was thorough scrutiny of Article 368, which did not seem to limit Parliament’s power to amend any part of the Constitution. It also did not prevent Parliament from taking away the citizen’s right to freedom of speech or religious freedom.

The case was decided by a wafer-thin majority of 7:6, and there were 11 separate judgements. The majority said Parliament could amend any part of the Constitution as long as “the basic structure or essential features of the Constitution” was not tampered with.

The ruling implied that Parliament’s power to amend the Constitution was limited. It turned out to be a blow for the late Indira Gandhi politically.

According to Dattar, this ruling, barring any change in the basic structure, saved Indian democracy from the future events that unfolded, especially the Emergency.

The case ended the conflict between the judiciary and government, then headed by Gandhi. Both were are at loggerheads since the Golak Nath verdict in 1967 which ruled that Parliament could not amend or change any fundamental right.

In 1969, the apex court struck down the paltry compensation that the Gandhi government proposed to pay in bonds after 10 years for nationalising banks.

The Supreme Court also struck down Gandhi’s move to abolish Privy Purses in 1970. It was seen as a betrayal of the assurance given by Sardar Vallabhbhai Patel to all the erstwhile rulers.

Thus, the Gandhi government was aggrieved by the apex court striking down these three key decisions. Interestingly, Palkhivala argued all three cases.

Besides Swami Keshavanand Bharati, several corporates also had challenged various amendments of Parliament under the late Gandhi. The judgement was delivered just ahead of the then Supreme Court Chief Justice S M Sikri’s retirement.

Keshavananda Bharati Lost The Case Though, But The Government Didn't Win Either

While the Supreme Court said the basic structure of the Constitution cannot be altered, Swami Keshavananda Bharati actually lost his case. However, Palkhivala ensured that the government of the day did not win either.

Indira Gandhi could not digest the ruling and thus ensured that three of the judges who gave the majority ruling — J M Shelat, A N Grover and K S Hegde — were superseded.

Justice A N Ray, who gave a dissenting verdict, was made the apex court’s chief justice. The three judges, who were superseded, resigned, leading to a continuous debate on the independence of the judiciary.

In 1975, Emergency was declared and eight new judges were appointed to the apex court. Then chief justice Ray set up a new 13-member bench to review the ruling. But Palkhivala, according to Dattar, made an “impassioned plea” to not disturb the ruling as no one had sought a review of it.

With other judges objecting to the setting up of the new bench, the chief justice dissolved it after arguments were made for two days. It also dented Ray’s image.

What Swami Keshavananda Bharati and Palkhivala did through the case was to ensure that the country did not turn a totalitarian state that could have resulted in a one-party rule. In fact, given the way sycophancy prevailed and prevails in the Congress, it could have even led to a one-family rule.

Swami Keshavanand Bharati, in an interview a few years ago, said he believed the verdict was god’s decision. He said he had successfully protected the mutt’s property and was happy that many benefited from the verdict in their fight for justice.

Swami Keshavanada Bharati told Bar and Bench in 2012 that though Kerala was run by a “communist government” then, the law exempted temple and mutt-owned properties from government acquisition, because of which "we have at least some property left with us now".

The mutt could not generate enough revenue after losing the land and had to depend on donations.

Paying tribute to the departed soul, Prime Minister Narendra Modi said the Kerala seer, who was deeply attached to India and Constitution, will continue to inspire generations.