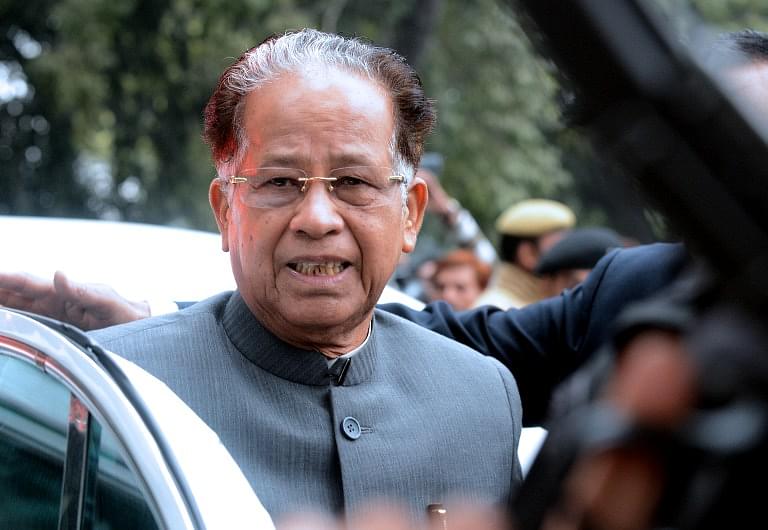 The last week of August could well have been a turning point in the politics and future of Assam. Congress heavyweight Himanta Biswa Sarma’s entry into the BJP has not only dealt a debilitating body blow to the Congress in the state, but also boosted the BJP’s chances of winning the Assembly elections next year.

Sarma, who held important portfolios like health and education in the Tarun Gogoi-led Congress government in Assam, is known to be an excellent administrator. In fact, he was perhaps the only member of the cabinet who earned the well-deserved reputation of being a man of action and a go-getter. Assam’s achievements in the health and education sectors were always touted as the prime achievements of the Tarun Gogoi government. Sarma was the poster boy of the government and in a cabinet full of slothful ministers, he was seen as the only ‘achiever’.

Many successful and popular projects and schemes of the Gogoi government, especially in the two departments he headed, were the brainchild of Sarma and not that of bureaucrats as is usually the case.

Sarma was known for his quick grasp of complicated matters, taking fast decisions and keeping a close watch on the timely progress of many projects and schemes. He is best known for efficient implementation of National Rural Health Mission schemes, upgrading government hospitals and bringing them at par with private ones in terms of facilities, free treatment of cancer-afflicted of Assam in specialty hospitals outside the state and many other such schemes that have benefited lakhs of people in the state.

But above all, Sarma possesses uncanny political acumen. He was Gogoi’s master political strategist and was the architect of the Congress’ spectacular victory in the 2011 Assembly polls when it won 78 of the 126 seats. Sarma was also instrumental in crafting the Congress’ victories in the 2001 and 2006 Assembly elections.

Without Sarma, there was no way the Congress could have beaten the strong anti-incumbency and widespread resentment against the Gogoi government’s non-performance on many fronts like power and irrigation and posted such a stunning victory in 2011.

Sarma is himself an MLA from a constituency in the outskirts of  Guwahati and has been representing the constituency since 2001 when he entered electoral politics. He was initiated into politics by Hiteswar Saikia, a two-term Chief Minister of that state, who was a popular politician and master strategist. Sarma learnt the art of politics from Saikia, credited with cracking down on the rebel United Liberation Front of Asom (ULFA) that ultimately led to the group’s near-total decimation.

Sarma, Gogoi’s blue-eyed boy till 2013, is known as the Kautilya of Assam for his political skills. Losing such a person is, thus, a huge setback for the Congress. But the Congress’ woes don’t end there. Himanta Biswa Sarma has a huge fan following within the Congress and many legislators looked up to him for his leadership and other qualities. More so since he ensured their victories in the 2011 polls. They became his staunch loyalists.

Sarma’s fallout with Gogoi started with the entry of Gogoi’s son Gaurav into politics in May 2012. Sarma, 45, an ambitious man, had thought he would be Gogoi’s successor and saw induction of Gaurav into politics by his father as a threat to his political future in the Congress. Tarun Gogoi started grooming his son and Sarma, unhappy with this, started distancing himself from his mentor. Eventually, he raised the banner of revolt against Gogoi and at one point in time last year, as many as 52 of the Congress’ 78 MLAs were behind him.

But the Congress High Command ignored the revolt and tried to wean away legislators from Sarma’s camp. It succeeded, but only partially—Sarma still commands the loyalty of 32 MLAs! When he landed at the Guwahati airport from Delhi after meeting BJP president Amit Shah last month (he announced his entry into the BJP after that meeting), ten Congress MLAs received him at the airport. As many as 22 other Congress MLAs support him covertly and are waiting for his call to join the BJP.

What is significant is that the BJP central leadership has made it clear to Sarma that he will not be projected as the Chief Ministerial candidate in 2016 and the Congress MLAs who join the party will not be guaranteed party tickets for the Assembly polls next year. That Sarma joined the BJP despite knowing he wouldn’t be made the Chief Minister in the immediate future speaks volumes about the BJP’s perceived electoral prospects in Assam.

And Sarma has his eyes set firmly on the future; he’s, after all, got the advantage of age on his side. He is confident of his capabilities and skills and knows that sooner rather than later, the BJP will have to give him a crucial role in Assam. More so since there is no one in the state BJP who can match Sarma’s administrative skills and political acumen.

A groundswell of support for the BJP has been building up, driven in part by the lackluster performance or non-performance of the Tarun Gogoi government, but primarily because successive Congress regimes in Assam have not only failed to tackle the burning issue of illegal immigration from neighbouring Bangladesh and the alarming demographic changes it has been causing, but even encouraged such influx for the sake of building vote banks.

The Assamese Hindus in the Brahmaputra Valley, Bengali Hindus in the Barak Valley and the tribals spread across the state are angry with the Congress for indulging in such vote bank politics and minority appeasement.

The BJP in Assam has been, till now, largely on the defensive. Sarma will change the rules of the political game in the state and take the fight to the Congress by launching an offensive against his former party. He provided an indication of this when, immediately after joining the BJP, he tore into the Congress for being communal and partisan. The BJP, he countered, was the only secular party.

There will be more such fusillades from Sarma and the rank and file within the BJP are already enthused by the prospect of staging a stiff fight against the beleaguered Congress. Sarma knows the Assam Congress’ deepest secrets and its strengths and weaknesses very intimately. The Congress, thus, is scared. Scared not only of Sarma taking advantage of its weaknesses, but also of Sarma’s political skills, his fan following, his loyalists within the Congress and the damage Sarma can cause to the Congress.

No wonder then that Congress vice president Rahul Gandhi summoned Tarun Gogoi to Delhi last weekend and asked him to start preparing for the Assembly polls right now, an unusual eight months before the polls.

There’s another reason for the BJP to be happy over Sarma’s switch over. Sarma was not only the chief strategist of the Congress in Assam, he was also instrumental in Congress’ electoral victories and government-formation in neighboring Northeastern states like Meghalaya, Manipur, Mizoram and Arunachal Pradesh.

He knows many Congress leaders from these states and many of them owe him not inconsiderable favours. Sarma is in a very good position to call in those favors at opportune times. Once the BJP comes to power in Assam, it will be a matter of time, with Himanta Biswa Sarma playing a lead role, before the party increases its footprints in the neighboring states and stages serious bids for power there.

On the flip side, of course, is the taint of some scams on Sarma. He was questioned in the Saradha scam, though no charge sheet had been filed against him. He was also an accused in another scam involving misappropriation of Rs 10,000 crore allocated to the North Cachar Hills Autonomous District Council (of Assam), but here again the probe into the scam did not indict him. The latest allegation was that Sarma was the beneficiary of payouts by Louis Berger to bag a high-value contract for a water supply scheme in Guwahati (Sarma was the Minister-in-charge of the capital city’s development).

But an internal BJP probe, which got information directly from Louis Berger’s headquarters in the USA about the identity of the beneficiaries of payouts, has cleared Sarma. Thus, Sarma faces no immediate threats and if the CBI doesn’t file any charge sheets naming him in the Saradha case, Sarma will have nothing to worry about.

Admittedly, in popular perception, scam taints often stay on permanently despite courts and probes clearing the accused. But in Sarma’s case, such perceptions, if any, don’t matter due to his popularity, his proven administrative skills and the image of the party he has now joined. He is bound to find himself playing a crucial role in the BJP in the months to come. And that can only be bad news for the Congress not only in Assam, but in the entire North East India as well.