Telangana To Set Up IT Corridor, Industrial Estate For Muslims 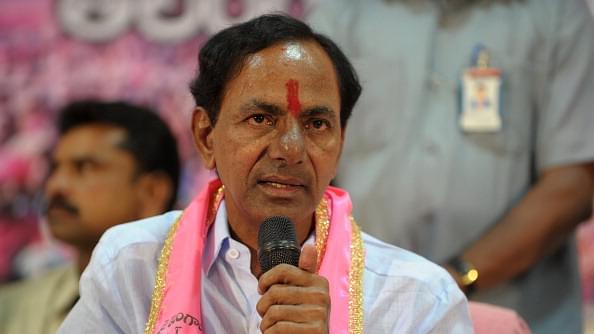 Telangana Chief Minister K Chandrasekhar Rao said minorities should have a 10 per cent quota in the state’s double-bedroom housing scheme.

The Telangana government will develop an exclusive industrial estate and information technology (IT) corridor for Muslims in the state. The decision, among others, was taken in a review meeting on minorities held by Chief Minister K Chandrasekhar Rao on Monday, where it was also decided to construct the Hyderabad International Islamic Cultural Convention Centre at Kokapet with international standards.

At the meeting, Rao said minorities should have a 10 per cent quota in the state’s double-bedroom housing scheme for economically weaker sections. “Minorities are in large numbers in the state, like the SCs and STs. During the separate statehood movement, on several occasions, I told that once the Telangana state is formed, there would be light in the lives of minorities,” a press release quoting Rao said.

Entrance tests for state government jobs must be held in Urdu along with English and Telugu, said the release. Earlier, Rao had said that Telugu would be made compulsory up to Class 12 in all the schools across the state.

With regard to the old city area, Rao also said that the 426-year-old Charminar, the face of Hyderabad’s heritage, should be developed on the lines of the Golden Temple in Amritsar. It was also decided to develop a 42-km riverfront along the Musi river which crosses the city like the Sabarmati riverfront in Gujarat.

The metro and a nano rail will run on the same river bank, said Rao. A special officer will be appointed to oversee the Musi river front development. During the meeting, Owaisi, who also heads the All India Majlis-e-Ittehadul Muslimeen (AIMIM), praised Rao for setting up minority residential schools across the state.

Owaisi took to Twitter to praise the Telangana Rashtra Samithi (TRS) government “Tez” (quick) for issuing a government order sanctioning Rs 41 lakh for laying water and sewerage lines in Hyderabad within a few hours of the meeting.