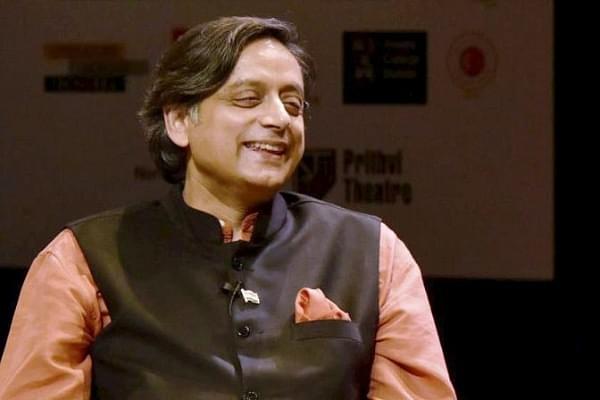 A few days ago at a public event in the Thiruvananthapuram, Congress Member of Parliament Shashi Tharoor said the following: “If they (BJP) win a repeat in the Lok Sabha, our democratic Constitution as we understand it will not survive as they will have all the elements they need to tear apart the Constitution of India and write a new one. That new one will be the one which will enshrine principles of Hindu Rashtra that will remove equality for minorities; that'll create a Hindu Pakistan and that isn't what Mahatma Gandhi, Jawaharlal Nehru, Sardar Patel, Maulana Azad and great heroes of freedom struggle fought for.”

A preposterous assertion, to equate our functioning democracy of 70 years to an army-controlled rogue state that hosted Osama Bin Laden, indeed. It is interesting to note that Tharoor used the word Hindu as a pejorative adjective. The only time India did resemble Pakistan was when Indira Gandhi imposed the Emergency in 1975. The Bharatiya Janata Party excoriated Tharoor in every available forum, and surprisingly, even the Congress distanced itself from the comment. Tharoor then condescendingly posted a picture of himself lighting diyas at a temple, should he be accused of being ‘anti-Hindu.’

The question that must always be asked when an anomalous behaviour occurs is Why now? For that, we have to look at the circumstances in which Tharoor finds himself in.

To say Tharoor’s wife Sunanda Puskhar died under mysterious circumstances is an understatement. Days prior to her death, Puskhar claimed that Pakistani journalist Mehr Tarar was an Inter-Services Intelligence (ISI) agent and was in contact with Tharoor. Journalist Nalini Singh has said that Pushkar had told her about taking Tharoor’s blame upon herself during the Indian Premier League controversy. India Today’s Rahul Kanwal said that Puskhar had vowed to expose Tharoor for what he had put her through.

Upon her death, the doctors at Kerala Institute of Medical Sciences Hospital (KIMS) who attended on Pushkar regularly said that she did not have any health problems, and were shocked by her sudden demise. In another twist, All India Institute of Medical Sciences (AIIMS) doctor Sudhir Gupta stated that he was pressured to give a false report that Pushkar had died of natural causes despite his findings to the contrary. Pushkar’s domestic help alleged that Pushkar often fought with Tharoor and days before her murder, she had threatened Tharoor that she would “disclose everything”.

Recently, Tharoor was booked under sections 498A (husband or his relative subjecting a woman to cruelty) and 306 (abetment of suicide) of the Indian Penal Code. On 7 July 2018, Tharoor was granted bail by a Delhi court.

Tharoor may be many things, but he is certainly not a fool. He knows his Hindu Pakistan overstatement will present the BJP with a boon of the magnitude of Mani Shankar Aiyer’s chaiwala jibe. But he said it anyway. Conventional wisdom suggests that when the noose of justice gets tighter, it is wiser to lie low and allow the law to take its course. Some are, however, perplexed by this rather brazen display by Tharoor, but it may not be as irrational as it seems.

Tharoor’s Hindu Pakistan statement helps him in two ways. Firstly, it changes the narrative, with the media having stopped focussing on him in connection with his wife’s death, and instead, train its guns on his ridiculous statement. Tharoor knows he cannot influence the judiciary, but he can influence the environment around. The cabal, always looking for a reason to demean the nation, lapped up his statements, while the hysterical drum-beating will continue. Tharoor has now positioned himself as a leading member of the ‘resistance’ against the Modi government’s 2019 bid.

Those choosing to react violently to his statement step right into his trap, affording him victimhood and helping him peddle his narrative of intolerance.

Secondly, this may be an insurance policy if he is found guilty. He can claim, like his party president did, that it was an act of vendetta for speaking out, after which the media will fill in the rest with the claim that another Indiraesque emergency is in the offing. Tharoor has an international profile as former member of the United Nations, and if he is convicted, he can count on the international press to make ugly noises.

With the Congress party almost abandoning him, Tharoor knows that this is a battle he has to fight on his own, and hence the nation can expect more such outrageous statements and, perhaps, opinion pieces in the media in the following weeks. Does it matter to him if the reputation of our great nation is sullied in the process? Most unlikely.