The Badlands Of Meghalaya 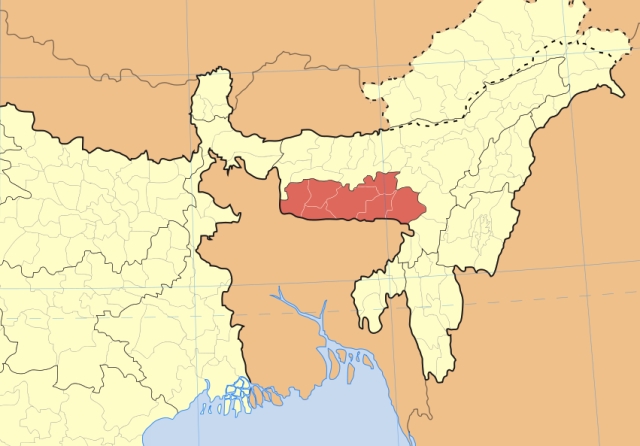 How five districts of Meghalaya have turned into one of the most dangerous places in the country.

A little over 10,000 square kilometres of territory in a remote part of north-eastern India has become one of the most dangerous places in the country. Extortions, abductions for ransom, torture and killings of innocents has become the order of the day and the state machinery is powerless, or rendered powerless, to do anything.

So grave is the breakdown of law and order in the five western districts of Meghalaya’s Garo Hills that earlier this month, the full bench of the state High Court asked the Union Government to impose the controversial Armed Forces (Special Powers) Act of 1958 in those districts and deploy the army and Central para-military forces to crush the raging insurgency there. The Union Ministry of Home Affairs has listed these districts as among the most lawless districts in the country.

The Meghalaya High Court’s full bench noted that as per the state police’s statistics, 87 people (25 civilians, 27 businessmen, 25 private sector employees, five government employees and five teachers) have been abducted for ransom from January to October this year. Over the past five years, 40 security forces personnel and 163 civilians have been killed by Garo militants. The South Asia Terrorism Portal (SATP), which tracks militant activities, says that killings in the Garo Hills have increased by 63 percent from 2012 to 2014; there were 48 fatalities in 2012 and 76 in 2014.

The Garo Hills have been wracked by insurgency since 1992 when the A’chik Matgrik Liberation Army (AMLA) was born. Since then, a number of rebel groups have sprouted and while most of them demand sovereignty for ‘Garoland’ and would settle for statehood, they are little more than armed criminals using terror to make money. The biggest and the most ruthless among the groups at present is the Garo National Liberation Army (GNLA) which was formed sometime in 2007. Despite suffering many reverses—90 of its cadres were killed by security forces, 508 arrested and 92 surrendered—the outfit’s ranks are constantly replenished by uneducated recruits, many of them minors, from the remote, underdeveloped and poverty-stricken villages and hamlets of the Garo Hills.

The AMLA passed into obscurity a year after its formation and the A’chik National Volunteers’ Council (ANVC) was born. The ANVC waged a long battle before entering into a ceasefire agreement with the state and Union governments in 2004. Since then, the three sides have been engaged in protracted talks for a final settlement. Frustrated with the slow pace of talks, a top ANVC commander, Sohan D Shira, broke away and formed the GNLA in 2008.

This breakaway outfit received a boost when a deputy superintendent of the Meghalaya Police, Champion Sangma, deserted the force and joined the rebel group. The GNLA soon received support and aid from the United Liberation Front of Asom (ULFA), the Isak-Muivah faction of the NSCN and rebel groups of Manipur. The ANVC had also forged ties with these outfits: in return for providing shelter to rebels of the ULFA, NSCN(IM) and Manipuri outfits in the thick forests of the Garo Hills and safe passage to Bangladesh (three Garo districts—South, South West and West—border Bangladesh), the ANVC and, subsequently, the GNLA, received training and arms from them.

Besides the GNLA, which is the most active and ferocious insurgent group in the Garo Hills, at least 10 other splinter groups have been born over the past few years. Some of them have just a handful of armed cadres and all are devoid of any ideology. Former Lok Sabha Speaker and Chief Minister of Meghalaya, Purno Agitok Sangma, who hails from the Garo Hills said –

They have arms and thus terrorize people. Their only purpose is to extort money from people. They extort huge money from contractors, government employees, traders, transporters, owners of coal mines and ordinary folks. Insurgency in the Garo Hills is nothing but a huge money-making racket……

Many Garo politicians often take the help of militants to coerce and intimidate voters before elections. In return, these politicians, after being elected, extend patronage to the rebels and protect them from the police. The rebels have front men who are awarded lucrative contracts for construction of roads, bridges and government buildings. Huge amount of money is siphoned off from these works which are always shoddy and sub-standard. These front men also corner contracts for supply of PDS foodgrains. A substantial portion of the funds for various projects like the MNREGA, Indira Awas Yojana, PMGSY and rural electrification schemes are siphoned off with the help of these politicians….

He has been asking for a probe by the NIA into the politician-militant nexus in the Garo Hills. Sangma’s allegations are not unfounded. In November last year, the state police filed charges against a senior cabinet minister, Deborah C. Marak, for “criminal conspiracy’ with a rebel group for winning the February 2013 state polls. The state police had launched a probe into allegations by an independent candidate, Jonathan N. Sangma (who lost to Marak) that the latter had used the GNLA to intimidate voters and force them to vote for her.

A week before the polls, posters had surfaced in the constituency warning that those who voted for Jonathan would face bullets. The posters had images of bullets and guns. The probe traced the posters to Deborah (a senior Congress leader), another party leader Tennydard Marak, and some GNLA leaders.

Another shocking case is that of Saleng Sangma, a Congress politician. Soon after he joined a dissident group against Chief Minister Mukul Sangma in mid-2011, he started receiving death threats on his mobile phone from an unknown number. The ANVC claimed to be sending the messages. Other politicians who were in the dissident camp also received similar messages.

The screenshots of the threats received by Saleng were published in the local media. Though he filed a complaint with the police, no action was taken. Despite the threats, Saleng continued to oppose the Chief Minister and twelve days later, he was abducted. Though he was released after two days, some say a huge sum of money was paid for his release.

Next year, after he became a minister, he escaped an attempt on his life when rebels planted 10 kilos of explosives in his house. In June this year, Saleng requested Union Home Minister Rajnath Singh to order a probe into the politician-militant nexus in the Garo Hills.

The needle of suspicion even points to Chief Minister Mukul Sangma. In June last year, an e-mail sent to Sangma by Ajaju R. Marak, the political secretary of a breakaway faction of the ANVC, was published in the local media in June this year. In the email, Ajaju accused Sangma of going back on his commitments to the group after having taken its help to win the elections. “We did our part to bring you to power, but did you do yours? You broke all commitments…we lost many of our cadres while you acquired power, wealth and chair, and now you bite the hand that made you who you are today,” said the email, which was exposed by Meghalaya’s opposition National People’s Party (NPP) that was founded by formed former Lok Sabha Speaker Purno Sangma.

The obvious link between politicians and militants in the Garo Hills, as elsewhere in insurgency-affected areas of North East India, has hampered concerted counter-insurgency operations against the militants. Security experts say that the police are often told not to act against militants or act selectively against some of them. A retired state police chief who did not want to be named said-

Till the state police remain in charge of counter insurgency operations with the central forces playing second fiddle, militancy cannot be rooted out of the Garo Hills. That is why the army has to be inducted and the AFSPA imposed to give the army and central forces a free hand to launch operations against the militants.The police can be part of the operations, but the operational command will have to rest with the army, over which the state’s politicians will have no influence whatsoever….

But the politicians are opposed to army operations and imposition of AFSPA for obvious reasons. However, with the situation worsening in the Garo Hills, the Union Government may be left with little option but to do exactly that.