The Bahujan Samaj Party — A Parable On How Political Parties End 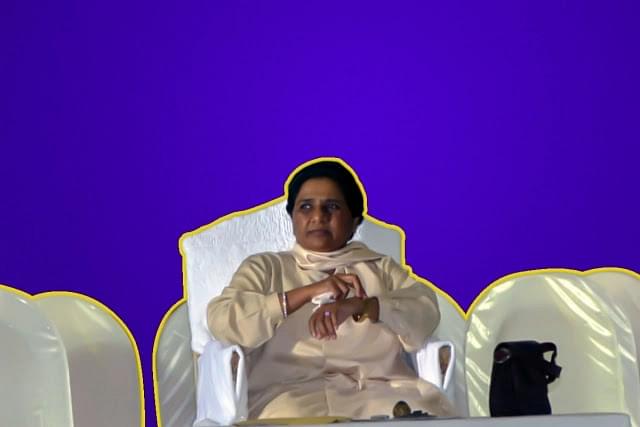 As the subcontinent embarks on a long, hectic runup to the general elections in 2024, the head of the Bahujan Samaj Party (BSP), Kumari Mayawati, issued a statement of considerable significance at the start of the week.

She said that the BSP would contest the forthcoming Lok Sabha elections on its own. This decision is significant for many reasons.

First, the statement comes just as the Congress party’s Bharat Jodo Yatra draws to a close.

This months-long media-driven effort to somehow reposition the Congress as a deserving national alternative to the Bharatiya Janata Party (BJP), with its main leader, Rahul Gandhi, being projected as a credible alternative to Prime Minister Narendra Modi, is, supposedly, the platform upon which the party will advance towards the 2024 elections.

Second, Mayawati’s announcement precedes the BJP’s national executive meet, in which, Union Home Minister Amit Shah told the press that they would better their performance of 2019.

Notably, this meeting of four chief ministers and one former chief minister begins with a visit by some of them to a recently-renovated temple at Yadadri (unsurprisingly, the Marxists opted out).

And, fourth, West Bengal Chief Minister Mamata Banerjee is presently campaigning in Meghalaya for assembly elections due next month.

Thus, we see that the BSP’s move to go it alone is one discrete trajectory of at least four other concurrent, equally discrete, ones with no perceptible overlap as of now: the BJP, the Congress, the Telangana club, and Banerjee’s solo effort.

Now, sceptics may say that Mayawati’s decision is no more than a bargaining ploy; political analysts, that its impact will be localised; and cynics, that a complete reversal of statements like these are the norm in India, rather than the exception.

And, although these views may hold some truth, they still don’t detract much from either its broader consequences, or the flurry of political activity amidst which it was made.

Very simply put, the BSP’s resolve to journey towards 2024 on its own shows that the Dalit-justice movement it once stood for, and the manner in which it sought mandates to that end, is headed for oblivion.

The reasons and implications of this are two-fold — a lesson for other secular parties who seek to profit from identity politics, and a sign of how India is changing.

Why do we say this?

Once upon a time, Mayawati’s Dalit-Muslim vote bank formula made the BSP a potent electoral force in many parts of India — especially in Uttar Pradesh, where she became chief minister four times.

The BSP won enough votes and seats in other states to be recognised as a national party.

It clipped the rise of other Dalit leaders like Ram Vilas Paswan onto the national scale, or restricted them, like Mallikarjun Kharge or Mukul Wasnik of the Congress, to just a degree of useful, symbolic prominence within their parties.

Never in his wildest dreams might Kashi Ram, Mayawati’s mentor, and founder of the BSP, have thought that his stocky, plucky protege would take his movement to such success.

And yet, at no point of time was there any serious possibility of the BSP becoming an established electoral force, or a natural party of preference, at either the Centre or in Uttar Pradesh.

This is because, whatever noble ideals of Dalit emancipation the party espoused, the jump from political theory to electoral practice was made possible only by the same, sordid, age-old, formulaic approach of cobbling together wins in selected areas with favourable demographics.

The problem is that neither the Dalit nor the Muslim vote was the BSP’s to begin with; both had been the Congress’s preserve for decades since independence, and moved away only from 1989 onwards.

The Muslims left because Rajiv Gandhi alienated them by hastily trying to appease the Hindus he’d alienated with his flagrant minority appeasement.

This rupture was compounded by V P Singh’s 'Mandal' politics, which triggered the rise of the numerically significant backward class parties in the northern plains, and the consolidation of the upper caste vote with the BJP.

Outnumbered, the Dalits were left without a party, since a Muslim-OBC party now had a greater chance of securing the mandate than any other combination.

And, ironically, the BSP got its opportunity only when the BJP first made inroads into the vast OBC (Other Backward Class) vote base in the early 1990s.

What we often forget is that the BSP’s electoral rise was actually coeval with both the BJP and the two Yadav-OBC parties of the north. The only difference is that 30 years on, the BJP is still expanding its vote base, while the others are withering on the bough.

In this contest for the wooden spoon, it is the BSP which received short shrift from the electorate first. And therein lies the rub, because what is happening to the BSP today is precisely what started happening to the Congress at a national scale a few decades ago, and will happen to similar ‘secular’ parties at the regional level over the coming two electoral cycles.

The culprit is the BJP, and there is very little that can be done, because the BJP’s very approach is based on a supra-caste consolidation which swamps the identity vote, and makes the decisive Muslim vote essentially irrelevant. And the BSP cannot exist without the Muslim vote.

Indeed, the actual, transient nature of the BSP as a political force at the national level is clearly evident from its performance in seats reserved for Scheduled Castes in the Lok Sabha.

Paradoxically, we see that a party ostensibly formed to mobilise Dalits as a bloc vote actually fared quite poorly in seats reserved for them.

In 2009, when the BJP was at a decadal nadir, and the BSP registered its best outing by winning 21 seats, it only won two reserved seats.

And in 2019, of the 10 seats the BSP won courtesy a near-total index of opposition unity in Uttar Pradesh, again, only two of those were reserved seats.

History, therefore, shows us that the BSP has shrunk geographically to a solitary state, with its electoral viability reduced to a critical dependency on allies.

That leaves only one question: who will benefit from the decline of the BSP in 2024, and how?

Soon after the Uttar Pradesh assembly elections of March 2022, in which the BSP won just one seat, Swarajya conducted a detailed analysis to try and answer precisely this question.

The results were instructive. They showed that the BSP’s Muslim vote shifted to the SP, and, pertinently, that the BSP has become largely irrelevant to the BJP’s fortunes because a significant portion of the Dalit vote has already gone to the BJP.

Thus, any implosion of the BSP aids the BJP only incrementally.

For 2024, this means that the BSP’s decision to contest elections alone will split the vote, reduce the index of opposition unity, lower the vote share required for the BJP to win a seat, and put Akhilesh Yadav in a spot.

It is quite possible that if the situation stays the same, the BJP could very well win 75 seats with over 53 per cent of the vote share in Uttar Pradesh.

That would negate the efforts of the Telangana club and the Bharat jodo yatris, since it is a given that any party sweeping Uttar Pradesh will receive the nation’s mandate.

And the moral of our story? Movements which seek to capitalise on the identity vote electorally, and focus on personalities rather than policies and governance, will not enjoy an extended tenure in Indian politics.

At best, they may relish success in selected pockets for a while, but in the long run, they will be swept aside.

Mayawati may have had her moments in the sun, but a final dusk is now falling on her, and her version of identity politics, because the Dalits of India have decided that these have no place in their aspirations. This is how political parties in India die, and there is no escape.