The Bharat Ratnas Of Maharashtra 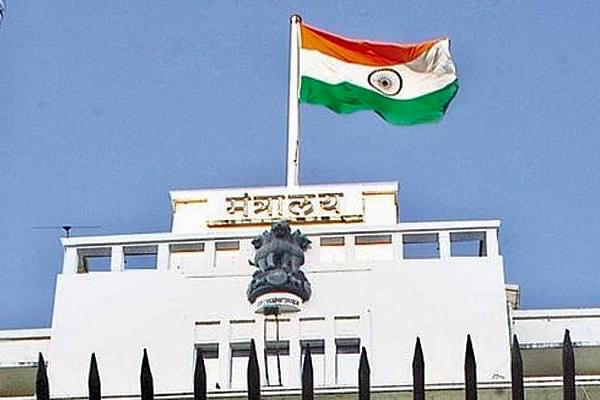 Mantralaya, the seat of Maharashtra’s administration in Mumbai

The Bharat Ratna, India’s highest civilian award, was instituted in 1954. The Bharat Ratna, as well as the three Padma awards – Padma Vibhushan, Padma Bhushan, and Padma Shri – are awarded identifying the name of the state (or country, in case of non-Indians) to which the recipients belong. Since its inception, the Bharat Ratna has been awarded to 48 individuals. Nine of these have come from Maharashtra.

From social work to public affairs to art and sports – Maharashtra has seen the biggest variety in areas the state’s Bharat Ratnas have excelled.

Dhondo Keshav Karve, better known as Maharshi Karve, was the first individual from Maharashtra to get the award in 1958. In fact, his award came when the modern-day Maharashtra was not formed – the state was still called Bombay State.

His award came for social service, chiefly the work he did for women’s education. Born in the Konkan region, his karmbhoomi was, however, Pune. He taught mathematics at the iconic Fergusson College and was instrumental in promoting formal education for women. He set up the Hingane Stree Shikshan Samstha in 1896, which later came to be known as the Maharshi Karve Stree Shikshan Samstha. Today, the society runs more than 60 educational institutes for women, including the Cummins College of Engineering.

Karve was awarded the Padma Vibhushan in 1955. The Bharat Ratna came as he turned 100, three years later. He passed away in 1962.

Dr Kane was born in Ratnagiri in 1880. The History of Dharmasastra, his magnum opus on how the Code of Conduct in personal and public life evolved in ancient India, was published in 6,500 pages in five volumes between 1930 and 1962.

Kane was a Sanskrit scholar and researched texts ranging from Puranas to Mahabharat to Chanakya’s writings to authoring his treatise on a relatively less-understood subject. He also wrote a history of ancient Indian poetics. Other than theology and language, Kane contributed several books on culture, geography, history, and arts. He wrote 44 books apart from numerous articles and translations.

His work, based on original Sanskrit texts, forms a valuable source of knowledge and is widely used in Indic studies. Kane also served as the Vice-Chancellor of Mumbai University.

He was awarded the Bharat Ratna in 1963 for social work, nine years before his death in 1972.

Vinayak Narhari Bhave, better known as Acharya Vinoba Bhave, was born in 1895 in the Raigad district. A staunch Gandhian, Bhave gave up his formal education to join Gandhi in his ashram. He took up teaching and community work and promoted the use of khadi in his association with Gandhi.

In 1921, Bhave took over the day-to-day running of the Wardha ashram. Since then, Wardha became his home. He actively participated in the freedom struggle, and was arrested several times by the British, spending a lot of time in Vellore jail. Bhave was the first satyagrahi in 1940, chosen by Gandhi himself to lead the final lap of the non-violent agitation against the British.

Bhave started the Sarvodaya movement for the uplift of the weaker sections of society. A polyglot, he created new scripts to bring Indian languages close. He started the Bhoodan movement from Nalgonda in Telangana, asking rich, landed gentry to voluntarily give their land to the poor.

Bhave was awarded Bharat Ratna for social work in 1983, a few months after his death in 1982.

Dr Ambedkar is widely known as the chief architect of the Indian Constitution and a social reformer seeking to annihilate the impact of caste from Hindu society. But Dr Ambedkar was also a great political thinker, an economist in his own right, and a distinguished legislator.

Born in 1891 in Mhow near Indore in Madhya Pradesh, his family hailed from Ratnagiri district. His stiff opposition to untouchability came from his own experience as a student in Mhow and in Mumbai and as a professor at Sydenham College in Mumbai. In 1920, he proposed creating a separate electorate for the untouchables when deposing in front of a committee working on the Government of India Act. Following the signing of the Poona Pact in 1932, this idea was dropped but reserving seats in legislatures continues till date.

He started several periodicals, wrote many books on the caste system, notably The Annihilation of Caste, and founded a political party to solidify representation for those considered untouchables. Ambedkar adopted Buddhism in 1956, leaving the Hindu religion, a seminal event in modern Indian history.

Ambedkar was the contemporary of Gandhi and Nehru, who left as much if not a higher impact on Indian society and politics. Unfortunately, his contributions weren’t recognised until much later. He was conferred the Bharat Ratna in 1990 when V. P. Singh was the Prime Minister.

Commonly known as JRD Tata, the French-born industrialist, aviation expert, and entrepreneur can well be called the father of modern Indian business. JRD grew up in France as his mother was French. Born in 1904, he became an Indian citizen only in 1929.

It was also the year when he got his pilot licence. He founded Tata Airlines in 1932, which was nationalised as Air India later. He started working in the Tata Group in the mid-1920s and became the Tata Sons Chairman in 1938.

JRD was awarded the Bharat Ratna in 1992, a few months before he died in Geneva in 1993. As the Indian economy opened up in 1991, it was fitting that JRD was the first recipient of the award in the Trade and Industries category. He remains the only awardee in the category thus far.

The Nightingale of India – Lata Mangeshkar was born in Indore in 1929. The eldest of five siblings, music and art ran in the family, with her father running a touring troupe. Her father died in 1942 when Lata was just 13. She started working as a singer, actress, and a child artist since then to support the family.

Although she moved to Mumbai in 1945, her singing was considered atypical for then-Bollywood. It wasn’t until mid-1950s that she completely settled as a singer in the industry. From there on, she only rose in prominence, ruling the music charts for the most part of four- and-a-half decades.

In the aftermath of the 1962 China war, Lata Mangeshkar famously sung ‘Ae mere watan ke logo’ which made then PM Jawahar Lal Nehru cry. In 1989, she was awarded the Dadasaheb Phalke Award, India’s highest cinematic honour.

Mangeshkar received her Bharat Ratna in 2001. She continues to sing as she approaches 90 years. Her most recent recording was ‘Saugandh mujhe is mitti ki’, a song in support of PM Narendra Modi’s re-election bid in the 2019 Lok Sabha election.

Joshi started learning music at an early age. His first live performance was in 1941 and his first album – a collection of devotional songs – was released in 1942. Subsequently, he moved to Mumbai in 1943 to work as a radio artist.

Joshi was a classicist by training, but his singing played a big role in creating a wider audience for Hindustani classical music. He sang extensively in movies, always sticking to his style and even winning the National Award for Best Playback – Male in 1985. His 1988 composition ‘Mile sur mera tumhara’ remains one of the most iconic music composition ever.

Joshi instituted the Sawai Gandharva Music Festival in Pune in 1953 in memory of his guru Sawai Gandharva after his death. The festival has been regularly organised since then every year.

Sachin Ramesh Tendulkar or SRT is perhaps the most identified non-political name in India today. One of the greatest, if not the greatest, batsmen ever to play cricket, Tendulkar was born in 1973 in Mumbai. Cricket was always his first love and his family ensured he got the best training with Ramakant Achrekar, Mumbai’s famous coach.

Tendulkar made his debut for India in 1989 at a young age of 16, facing the pace battery of Pakistan in hostile conditions. He represented India for 24 years in a distinguished career, always winning adulation, cricketing battles, and matches for India.

The only player to score 100 international centuries and more than 50 test centuries, Tendulkar held the fort for Indian cricketing fortunes for many years. The period between 1998 and 2003 was amongst his best followed by another resurgence between 2008 and 20011.

Tendulkar became the first recipient of Bharat Ratna under the sports category in 2014, and continues to be the only one thus far in that category.

Born in 1916 in the Parbhani district of modern-day Maharashtra, Chandikadas Amritrao Deshmukh, popularly known as Nanaji Deshmukh, became the most recent recipient of the Bharat Ratna from Maharashtra in 2019.

Nanaji spent a lot of his formative years in Rajasthan and Uttar Pradesh. He was attracted to the ideology and works of Lokmanya Tilak and joined the Rashtriya Swayamsevak Sangh (RSS) very early on. He was influenced by Keshav Hedgewar, who founded the RSS, and who was in close contact with Deshmukh’s family. After Hedgewar’s death, Nanaji became a full-time RSS pracharak, and served in Gorakhpur, establishing new RSS shakhas and schools.

Nanaji played a big part in the growth of the Bharatiya Jana Sangh (BJS), the political arm of the RSS. His efforts saw BJS join the coalition government in Uttar Pradesh in 1967. Working closely with Deen Dayal Upadhyay and Atal Bihari Vajpayee, Nanaji oversaw the rise of BJS in most of North India. He gave up politics in 1980 at the age of 60 but continued working on social causes.

Nanaji died in 2010 and was awarded a Bharat Ratna posthumously.

Two other recipients of the Bharat Ratna – ex-Prime Minister Morarji Desai and Sir Mokshgundom Visvesvaraya have had close association with the state of Maharashtra.

Desai was the Chief Minister of the Bombay state and rose in politics through his work in Mumbai. However, his award came against Gujarat, where he spent his later years. Visvesvaraya, India’s best known modern-day engineer, studied in Pune and has an engineering college dedicated in his name in Nagpur. He got his Bharat Ratna alongside then PM Nehru in 1955 from Karnataka.

As the state of Maharashtra turns 59 in its modern-day avatar, the rich history of the state – of individual achievements and collective impact on Indian society – remains a source of great pride.