The Conservative Movement in USA : Some Lessons For The Indian Right Wing 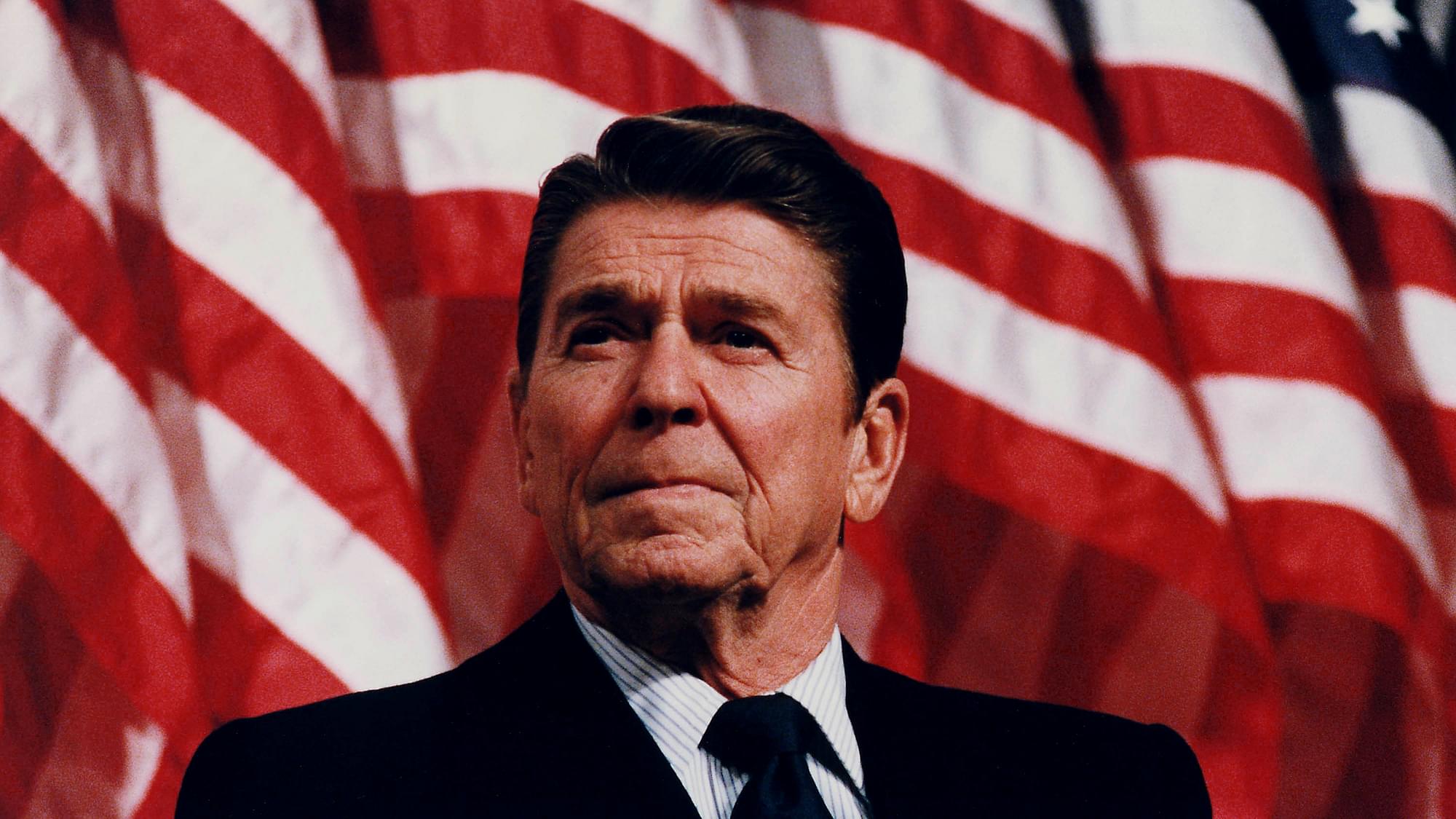 As the BJP government approaches the completion of two years, there is a growing disenchantment in some sections of the right-wing. While the economic liberals view the government’s actions as insufficiently reformist, the cultural nationalists perceive that the government has decided to focus on the economy and given the cultural agenda a short-shrift. In this context, it may be useful to study the experience of the US right-wing movement of the past forty years and see whether it holds any lessons for India.

True, the US and Indian right-wing movements are different in many ways. Still, there are important parallels and useful lessons for the Indian right-wing movement. The first lesson is to not underestimate the importance of being in power and in control of the agenda. Even if the power of the agenda is not used to roll back the tide, just arresting the tide is not to be scoffed at.

The second lesson is not to be disheartened by the failure to make rapid and radical transformations when in power. If you kept a scorecard for the conservative movement in America, it would be pretty underwhelming. Yes, it is right to hold the government’s feet to fire, but come election time it is vital to circle the wagons and get out the vote. Abstaining out of petulance will only open the floodgates.

Differences between the Right-Wing movements of the US and India

The US and Indian right-wing movements are dissimilar in some important ways. First, the conservative movement in the US is essentially establishmentarian, aiming to reverse or at least stopping the relative loss of power of Anglo-Saxon Christians. In terms of economic policy, the conservative movement actually reinforces the power of the elites, especially the wealthy. The fact that income and wealth inequality has vastly increased in the US during the past three decades of conservative ascendancy is not mere coincidence.

In India, the right-wing movement is anti-establishmentarian. The cultural nationalists never had any power or influence to begin with. Naturally, they seek to overturn the establishment and are, in turn, loathed and dreaded by the cultural elites. The business elites have learned to manage the present system and have no great desire for an uncertain change.

Second, the US is a center-right country. Self identified conservatives are 38 percent of the populace while liberals are at 24 percent as of 2014. Moreover, many of the positions and assumptions of the US right-wing movement are implicitly accepted, making the job of conservatives easier. In contrast, India is a solidly left-leaning country and right of center ideas are well outside the “Overton Window” in which general discourse is conducted. Shifting the Overton window is not something that can be achieved overnight.

Third, the US is a country based on idea of individual rights and equality before law. “Group rights” are generally not viewed favourably, and any benefits conferred to groups based on ethnicity and religion, such as affirmative action, cannot take the form of explicit quota. Arguably, such a situation is inherently more favourable to “majoritarian” culture and possibly one reason why the US is strongly assimilationist in contrast to Canada and Western Europe.

In contrast, according to noted academic, Ashutosh Varshney, “the idea of India has a clear place for minorities as minorities, not minorities simply as individuals.” In other words, minorities are accorded special group rights, ostensibly to protect their cultural identity from being assimilated. The exemption provided to minority institutions from the Right to Education law is an example of special rights.

Last but not the least, while the conservative movement in the US is heavily tilted towards older people, in India the right wing movement, at least Modi’s ascent, has been driven by younger people.

Despite their dissimilar backgrounds, the right-wing movement in both countries can be seen as movements that seek to overturn the respective status quo. In the US, the conservative movement’s ultimate goal is to rollback all progressive legislation and ideally take the nation back to the “glorious” period of late nineteenth century. Similarly, the right-wing movement in India seeks to replace the concept of multinational state that is inherent in the “idea of India” with the concept of a nation-state.

Both movements were seen as fringe and took a long time to achieve acceptability and power. From the genesis of the conservative movement in the 1950s to the Reagan presidency, it was a good quarter century. And it took another 15 years to take the Congress for the first time. Similarly, although the right-wing tasted power as a junior member in a coalition from 1977 to 1979 and as the lead member in a coalition from 1998 to 2004, it did not attain power on its own until 2014, more than 60 years since its origin.

Above all, both movements represent an uneasy coalition between cultural nationalists and the economic right.

On the economic front, the conservative movement still has many things unfinished in its agenda but it has accomplished a lot already. First and foremost, taxes on the upper income are substantially lower than before the rise of the conservatives.

Second, despite Dodd-Frank, the financial sector is far less regulated than it was in the past. Third, welfare benefits have been cut since 1996. Fourth, court rulings have also been more business friendly.

Notably, restrictions on campaign contributions by for-profit businesses have been eased. Fifth, starting with Reagan, conservatives have been doughty opponents of unions, whose influence has steadily waned.

Not surprisingly, income has surged over the past thirty years. While other factors, such as globalization and outsourcing are also responsible for the skewing of income distribution, undoubtedly tax and other policies have played a major role in driving the trend.

To be sure, the conservative movement has not made any dent in dismantling the two big pillars of the welfare state i.e. social security and Medicare. Yet, they keep hacking at it.

On the other hand, the slate of achievements on the social side is remarkably bare. Abortion remains legal, although there have been some restrictions imposed in recent years. LGBT rights have steadily progressed. Immigration, both legal and illegal, has been strong through most of the past three decades. In fact, a conservative President, Reagan, signed an amnesty law in 1986. Prayer in schools and anti-flag burning legislation are deader than a dodo today.

Yet, conservatives have persevered, and by plugging away they have managed to whittle away at the edges and at least slow down the tide of progressivism. Therein lies the biggest lesson for the easily dejected Indian right. Election after election, conservative voters have turned out in droves. They famously swayed the 2004 election and handed Democrats the biggest Congressional defeat in 70 years in 2010, and are largely responsible for Republicans controlling an overwhelming proportion of the governorships and state legislatures.

As a result, even if unsuccessful at the Federal level, conservatives have managed to get some of their social agenda through state legislatures, including restrictions on abortion and curbing LGBT rights. Even at the federal level, by installing conservative Supreme Court judges, the movement has swayed the needle in the conservative direction, and this influence is likely to last for decades given the age of the current Chief Justice and his conservative brethren on the bench.

Perhaps most importantly, by preventing Democrats from taking complete and unhindered control of the agenda, conservatives have at least slowed the tide of progressive legislation.

Lessons for the Indian Right

In a democracy, legislative change is likely to be slow. Building patiently on incremental gains will lead to long-term transformation. Losing patience with the pace of change and thereby losing heart will only result in ceding more ground that will have to be eventually recovered. Would an NDA government have tabled RTE or the Land Acquisition bills? The BJP did support those bills. Many Democrats in the US Congress voted for the Iraq War. Does that mean a Democratic president would have initiated a war in Iraq? If the UPA comes back to power, how long do you think they will wait before tabling the communal violence bill?

The Indian Right should be prepared for a three to four decade struggle. They should take heart that their long term prospects are brighter than its counterparts in America. In the US, the conservative base is aging and the younger cohorts are ethnically more diverse and heavily lean Democratic. In India, the younger cohorts are less tied to their caste and community identities and actually more amenable to the BJP’s message of an Indian identity. Moreover, as the nation develops, abstract nationalism will increasingly displace local ties, which will likely redound to the BJP’s benefit.