The Covid-19 ‘Vaccine Shortage’: What Is Really Happening? 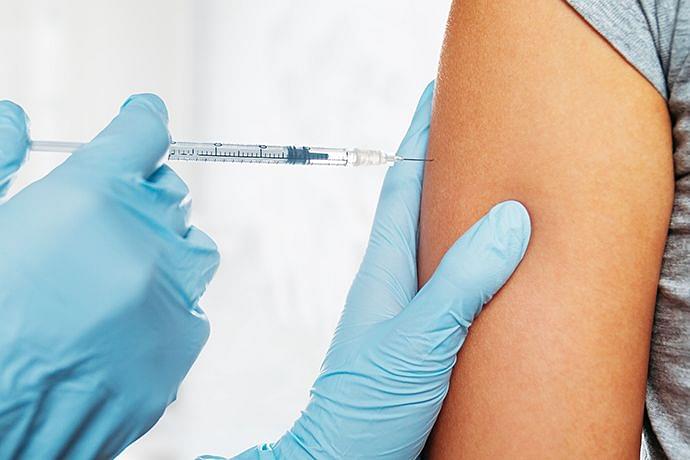 In recent days, there has been a significant politicised debate about a ‘shortage’ of Covid-19 vaccines. Fear-mongering has reached irresponsible heights, based on very little evidence.

In a previous article, I described why the prioritisation of vaccines is important.

It is important to also look at the vaccine production situation from the perspective of data and then infer from that data.

This article attempts to piece together data from several sources to construct a quantitative view, offering some revealing insights.

India has been producing two Covid-19 vaccines since late 2020 — Covishield, the Oxford/Astra Zeneca vaccine under licence, and Covaxin which is an entirely domestic endeavour from Bharat Biotech, a Hyderabad-based company. The two vaccines differ significantly in their rate of production.

Covishield is produced at the rate of 50-60 million a month at Serum Institute of India (SII). Available data indicates SII’s Pune facility the largest Covid-19 vaccine production site in the world, exceeding any single site of production of the Pfizer-BioNTech vaccine.

Further, SII states that by the end of March 2021 it has produced 270 million doses of Covishield.

The Ministry of External Affairs (MEA) Vaccine Maitri site offers a very detailed breakdown of exports by country, batch and date, including classification into grant/gift, commercial sale and COVAX commitments.

Not all COVAX commitments are exports because India itself is a COVAX beneficiary.

Therefore, while gross contributions to COVAX so far are over 28 million doses, India received 10 million for itself, so that net exports are 18 million doses, as shown in the Vaccine Maitri site. India is the largest consuming beneficiary of COVAX and also its largest contributor.

Stockpiles: The Missing Data Point In The Vaccine Shortage Debate

Most of the conversation on vaccine shortages points out that since total production is at most around 65 million doses a month, it means just over 2 million doses a day. However, India is doing significantly more than that — 3.6 million a day. So there must be a shortage, right?

The answer is, not quite, because of stockpiled vaccines. Forty million doses of Covishield had been produced as early as end of November 2020 a month before anyone approved Covishield.

News reports state this stockpile increased by over 50 million in February and over 70 million in March.

Covaxin stockpiles were 20 million doses in March. These companies made an enormous gamble, producing large volumes well before approval.

The following chart shows the relationship between production and consumption, and the generation and utilisation of the stockpile, using publicly available data and press reports:

The cells in brown indicate known cumulative figures — the 108.2 million vaccinations as of 8pm on 12 April, 64.9 million dose exports from the Vaccine Maitri site, and end-March SII cumulative production of 270 million. The export data also shows that in April, exports have been curtailed to almost 0.

The critical information is on the right — the excess production that constitutes the stockpile. At the end of March, India had over 140 million doses stockpiled. The excess stockpile has enabled India to consume in excess of production until greater volumes are available in June/July. The following chart shows a simplified calculation assuming a 30-day month:

As the above projection shows, the significant disparity between production and consumption rate until June/July is a fine balance that the government has to manage.

However, it remains fundamentally in a position to maintain the current vaccination rate without any slowdown until production ramps up in summer.

The government is significantly overperforming on its original goals, which was to do 200-250 million vaccinations by July — the above chart shows that it will perform over double that number — 530 million at a current ongoing rate. The increase was driven by the second wave that hit India in March, accelerating the need to vaccinate the most at risk groups quickly.

The above chart only considers Covishield and Covaxin production. Several others are in the process of clearing trials in India, according to ICMR data. Among these, Sputnik V has received clearance for emergency use, with production by Dr Reddy’s Labs. SII is due to begin production of Corovax, the licenced Novavax, starting in July/August.

Based on the current situation, the government would help greatly if they:

1. Expedite the capital infusion SII and Bharat Biotech need to expand. They put their companies on the line by producing before any approvals were done, and by doing this they prevented an actual shortage.

2. Expedite EUAs of vaccines currently in trials. If necessary, incentivise pre-production as SII and Bharat Biotech did, so that stockpiles are available as soon as approvals come.

Despite the shrill rhetoric of ‘vaccine shortage’, there isn’t one — yet. The next three months are critical. The government can continue or even accelerate the current 3.5-4 million per day vaccination rate, but must have enough production capacity ready by summer to ensure it can maintain or increase the rate of vaccinations.

Here are answers to some crucial questions.

A: Scaling up production has bedeviled every major country. Pfizer will only offer 40 per cent of the doses to EU previously committed, due to manufacturing disruptions. The Moderna vaccine has been hampered as well. The Janssen/J&J vaccine saw catastrophic manufacturing issues with 25 million doses discarded and another 62 million being tested for contamination. Chinese vaccines by their own admission have poor efficacy.

Q: Should the government have made orders sooner?

A: Ordering far ahead of time has not necessarily helped. SII and Bharat Biotech manufactured tens of millions of doses before approvals in a major gamble. Their initiative enabled the lead time from order to delivery to be essentially eliminated.

Q: Should the government have ordered Pfizer/Moderna/some other?

A: This is a commonly expressed argument. The reality is that any order made now will not see a single delivery until at least late summer or autumn. The EU made purchase orders last winter for half of Pfizer’s production, but won’t see even half of what it expects in Q1, so much so that countries like Italy that failed to get deliveries are panicking as deaths mount.

Therefore, there isn’t a ‘vaccine shortage’ at the moment. However, there’s a very real tricky period between April and June when the Indian government consumes the excess stockpile it has, production increases are only coming up stream, the SII negotiates delays in its export commitments and the new vaccine candidates appear.

Great care must be taken to navigate this period, ignoring the shrill fear-mongering. It is no doubt a tricky period but India has so far been fortunate to avoid being dependent on another country, catastrophic vaccine contamination, major pushback due to side effects or any other issues that have affected several nations.