The Crazy Patriots Of Kashmir 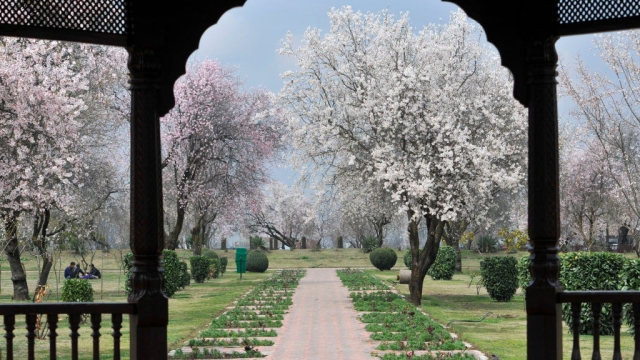 “Jai Hind, sir. Someone wants to meet you. He says his name is Irfan Ahmad Lone and he is from downtown,” said the voice of the guard commander from the main gate.

“Jai Hind. Check identification and let him in. He can come to the Officers’ Mess lawn,” I responded. I was staying in Humhama, which is not far from Srinagar Airport.

“Identification checked, sir. He will reach you in three minutes. He is being escorted,” the soldier’s voice said, ever efficient. Soldiers like to give timelines, even when they are not required.

After what seemed like exactly three minutes, a soldier came to the Officers’ Mess lawns and with him came my visitor from downtown. Truth be told, downtown is not the nicest part of Srinagar. This is the separatist hub that sees massive stone pelting, suitably adorned with Pakistani and Islamic State flags.

My visitor had been calling me for the past few months wanting to know when I will be coming to Srinagar. I don’t know how Irfan got my phone number but he would call me every week from a different phone. Most calls I get from Kashmir are either inquisitive or hostile. This was neither. Irfan was extremely polite and would speak with the aap-janaab etiquette of old Lucknow.

He sat down shyly. The soldier saluted and left. Irfan was short and slim and sported a beard, as is the fashion in Kashmir these days. He wore jeans and a brown pullover.

I shook hands with Irfan and something seemed to be wrong with his right arm. It was not straight. Irfan saw me looking at his arm and smiled.

“Sir, they broke my arm. The doctor was too scared to treat me, and I guess my arm healed the wrong way,” he said in a very matter of fact voice.

“Sir, the Hurriyat’s boys put my elbow between two bricks and someone kicked my elbow downwards. My arm snapped.”

“Why?” I asked perplexed.

“I was waving the tricolour,” Irfan laughed, his eyes dancing in the sunlight.

I asked him what he would like to have. Yes, you can have whatever you like. Coffee it was.

“Patriots are not respected in Kashmir, sir,” said Irfan. I listened as he went on in his slow drawl.

Irfan was a part of a small group of young men, all Kashmiri Muslims, who would spend their free time writing pro-India articles and posting them on anonymous Facebook accounts. To use one’s real name was to invite a painful death. There was an advocate from Pulwama, a merchant from Tral and a few others from Srinagar who comprised this motley group.

“We meet once every few months at my house to discuss strategy,” said Irfan in a voice dripping with what he thought was conspiracy.

I was intrigued. Why would a Kashmiri Muslim living in downtown Srinagar risk his life to write pro-India articles, I asked Irfan?

“India is not just your country. It is mine, too,” he said. Point taken.

“When I was in the army, I was armed and I had my soldiers. But you are out in the open, unarmed and alone. They will kill you,” I said.

“Then perhaps I am more Indian than you, Major sahib,” said Irfan laughing.

Yes. I remember my commanding officer telling me that you don’t have to wear a uniform to be a patriot.

We spoke about this and that, Irfan and I.

He told me that he had a few cracked ribs and four teeth missing. To drive home the point, he lifted his upper lip with his tongue and sure enough, a gaping hole greeted me.

I excused myself and went inside the Officers’ Mess. I called my police contact from downtown. I asked him about Irfan.

“You are sitting with pagal Irfan?” the policeman laughed loudly. It seemed that Irfan was known by his more famous nom de guerre of pagal Irfan, or mad Irfan.

“Janab, the only reason he is alive is that people think he is mad. Last time he went to Lal Chowk and got into a fistfight with a Hurriyat strongman. They almost lynched him. Junooni hai woh,” said the cop.

I walked back into the sunlight, welcoming the sudden warmth.

The waiter came, carrying coffee and cookies. Irfan took his cup of coffee and dipped a cookie in it, before putting it in his mouth. We had our coffee in silence.

We put down our cups. Irfan said that he wanted a favour. I told him that if I could do it, I would. So, what did he want?

“Tell people in Delhi that we may be few, but our faith is strong. But tell them to act fast. We have no support. Everyday we risk our lives to tell India’s story. I am not sure I will be alive when you come next,” said Irfan in a matter of fact tone.

“Take it easy for a few weeks. You have much work to do. If anything happens to you, your mission will be compromised,” I tried to reason with him.

“Life and death are in the hands of Allah, Major sahab. If he chooses death for me, so be it. He is munificent. He is merciful. And even if I die, I will be like Lt Umar Fayaz. He is a martyr and for many boys in Kashmir, he is a role model.”

Irfan got up to leave. I walked with him for a few minutes, to see him off.

“Will you be waving the tricolour again? Be careful,” I told him, smilingly.

Irfan gave me a wide smile, the beginning of which revealed the four missing teeth. He reached into his pocket and removed a clean, white handkerchief. He unfolded the handkerchief.

Inside the folds of the pure white cloth was a small tricolour.

He put the handkerchief back in his pocket. We shook hands and embraced. Irfan turned towards the massive iron-gate, adorned with concertina wire, and slowly walked out.

As I saw him exit, my mind went back to what the policeman from downtown had said about him.

Disclaimer: Irfan’s real name has been withheld to protect him. There are many Kashmiri Muslims like Irfan in the Valley. They are largely unsupported and they risk death everyday, just to tell India’s story. They use false identities and names. They meet in secret at night. They put themselves and their families in danger, because they believe in India.

This article was originally published on Major Gaurav Arya’s blog and has been republished here with permission.