The Curious Case Of Procreating Castes And Ghost Castes 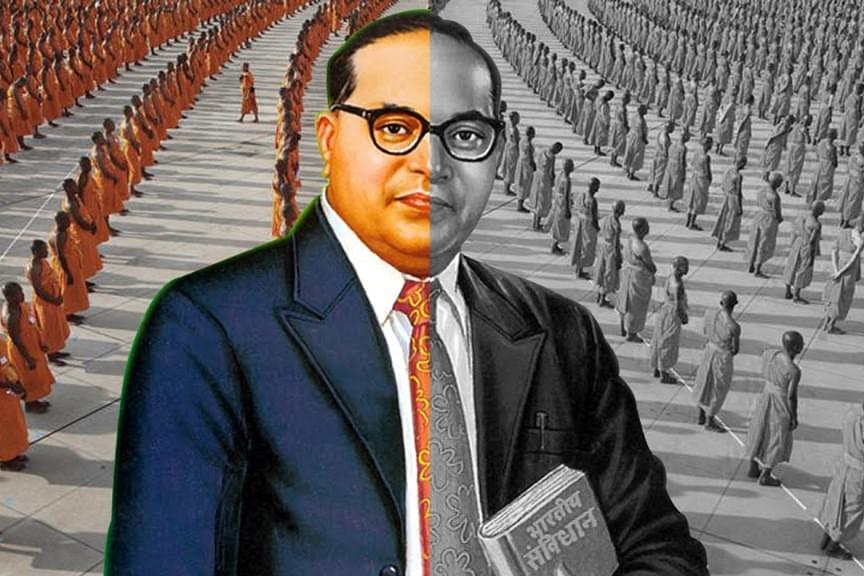 Castes-by-birth is a hotly debated topic across the globe now. It is, in fact, trendy to talk about it when discussing anything to do with India or Hinduism. For a long time, the standard discourse is that castes-by-birth is a Hindu phenomenon that is more or less set in stone. This ossification of caste, it is said, also happened long before even the Islamist invaders set foot on Indian soil. In fact, even Bharat Ratna Dr B R Ambedkar estimated that it must have been around 1,400 years ago (cf. genetic data). That is because he did not have the genetic or demographic data and tools that we have today and had to rely on guesstimates based on poorly (often unscientifically) dated and mistranslated literary sources.

The author has previously written, based on published peer-reviewed scientific studies of demographic models, that ‘pedigree collapse’ would necessarily mean that castes-by-birth is impossible to maintain beyond a few hundred years (further reducing the age of origin of castes-by-birth as assessed by genetic data), particularly given the known historic population sizes (demographic history).

So the majority consensus view is that the ossification of castes-by-birth happened well before at least the colonial period. In other words, the number and names of castes-by-birth must be largely fixed, except for some counting and minor census errors. The British colonial government has been counting castes in almost all censuses since before even the 1881 census and till the 1931 census. Giving them some leeway, let us just look into the data from a couple of censuses that counted castes (1901 and 1931), and compare it to modern data of a similar nature.

On a cursory look at the data from the table it is obvious that the number of castes has been increasing over just a few decades, within one generation’s lifetime. Do castes-by-birth procreate? Is it a living entity that can so procreate? If it was set in stone a long time ago, how is it reproducing at a rate that is a way beyond even the population growth corresponding to the same censuses?

Forgetting the above biological reality of extinction of newly formed caste-by-intermarriage for a moment, theoretically for new castes (new entities) to form, at the above rate (of formation of new castes) a given population must be wildly marrying across caste lines. In fact, there must have been an active prohibition of inter-caste marriage as there is for inter-gotra (clan) marriages. As an aside, Dr Ambedkar calls the prohibition of inter-gotra marriages as one which strongly encourages exogamy; terming it hyper-exogamy, not even just exogamy.

If only Dr Ambedkar had looked a little deeper than that he would have discovered that Manu prohibits inter-gotra marriages from both the maternal and paternal gotras. Given the ancient population sizes, this can mean only one thing: Manu Dharmasastra and thus Hinduism could only be classified as anti-endogamous (against castes-by-birth) in nature.

In support of the above view, Dr Ambedkar quotes two gotra enumeration, one in Punjab and the other in Maharashtra. He found that the same set of gotras were present in the lowest of castes and the highest of the Brahmin caste in both these states covering almost the entire western and northwestern India. Dr Ambedkar concluded that all castes were once at least paternally related and castes-by-birth must have been a relatively recent phenomenon though that meant about 1,400 years ago for him.

Going back to the above table, the total Indian Hindu population was counted as 207,000,000 approximately in the 1901 census. Remember that this includes the present day Pakistan, Bangladesh and Burma (Myanmar). Interestingly, the 85 “chief" castes of India are said to said to have made up a population size of approximately 214,000,000. The odd discrepancy of about 7,000,000 can be attributed by castes-by-birth being present amongst Sikhs and Indian converts to Christianity.

However, the 1901 census admittedly counted castes only amongst the Hindus and Jains, the reports say. So we have, by an arithmetical law of averages, only two possible scenarios: some people are being counted into more than one caste (that is people belong to more than one caste at the same time; so much for castes-by-birth being set in stone) and some castes must have no people or negative numbers of people in it. Negative numbers of people in a population census. Ahem.

Given that there remains hardly any population left to distribute beyond the “chief" 85 castes there will be hundreds of castes (= 1,646 - 85 = 1,561 — that is about 95 per cent or thereabouts are bogus non-existent “nominal” castes!) with only a few hundred members, if at all and there were indeed castes recorded which could have had no members (or negative numbers of people in it!) yet somehow “recorded" in the census. This is the only conclusion from a purely arithmetic point of view, simple law of averages, to repeat.

So, who has manufactured these imaginary “ghost” castes? The British colonialists.

A nominal group created by somebody can exist without members, but a caste-by-birth, can it exist without any people in it or numbers below the replacement rate or, funnily, in the negative?

Should we believe that all the “intellectuals” in India are still figuring out such basic arithmetic as the law of averages and past population sizes? Or is it a grand conspiracy tantamount to criminal fraud, or mere incompetence and negligence? In the latter scenario, they have no right to be called “intellectuals" and occupy exalted academic positions. In the former, should they not be dealt with legally? In any case, can there be any excuse for the destruction that the divisive castes-by-birth narrative has wrought?