The Dogs That Didn’t Bark: Republic TV Is Being Taken To The Cleaners And The Rest Are Just Watching 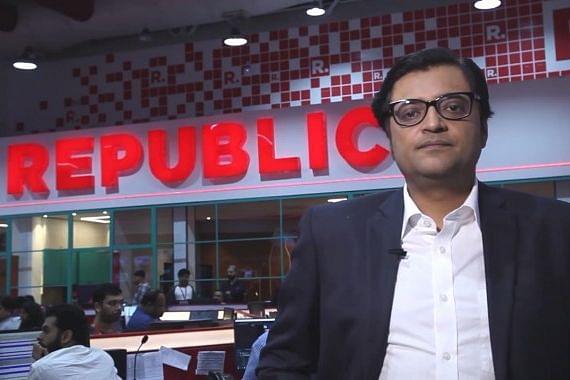 Let us assume that Arnab Goswami, owner and chief anchor of Republic TV, is guilty of everything he has been accused of: TRP (television rating points) manipulation, delivery of toxic content, launching a proxy attack on the Maharashtra government on behalf of the central government, running a one-man show, etc.

Does that, in any way, justify the Mumbai Police’s efforts to go after almost anyone and everyone in the channel, from top executives to many members of the editorial staff? You don’t file an first information report (FIR) against an entire group of employees unless you are on a fishing expedition: by intimidating everyone, you can hope that someone somewhere will crack and give the police ammunition against Republic TV and Goswami. This seems to be the game.

The official charge against the staff is that the channel and its editors are inciting “disaffection” in the police force, but if one were to go by this logic, there is almost no police force anywhere in India which has escaped the charge of partisanship and every media house, some time or the other, has strongly criticised the police for high-handedness and bias. From Kashmir to West Bengal to Kerala to, now, Maharashtra, the media has always been critical of police action (or inaction) that could be construed as causing “disaffection” in the force. All journalists should then be busy extricating themselves from this charge.

This is despicable and one is hard put to find another parallel anywhere in India outside of Indira Gandhi’s Emergency (1975-77). But even in the Emergency, ordinary employees of a blacklisted publication were not targeted for harassment and intimidation. The political masters of that time simply arrested a few editors, and put the censor’s scissors to partisan use, cutting out anything deemed as anti-government.

When it comes to the charge of TRP manipulation, one wonders why the Mumbai Police should be so exercised by it, when the crime involves the manipulation of viewership, where the losers are advertisers and rival channels. But at least one channel has been fined by BARC (Broadcast Audience Research Centre) for alleged tinkering with TRPs, and surely the same penalties should apply to Republic TV if it is proven to have messed around with TRPs using underhand means. But the Mumbai Police has elevated the alleged manipulation as its own personal fight. Its bid to go after two small channels – News Nation and Mahamovie – raises eyebrows. The chances are the police went after them so that the targeting of Republic TV is not seen as the main motive of the investigation. Worse, there are reports that the police are trying to coerce witnesses to name Republic TV.

As for toxic content, where Republic TV tends to hold loud discussions and uses accusatory language against some persons or institutions, the remedy surely is the launch of defamation cases against the channel. The damage cannot be inflicted on its entire staff, when the defamation relates to the channel and its anchor(s).

The third charge, that Republic TV has specifically targeted the Uddhav Thackeray government and Sonia Gandhi for failing to do justice in several cases – the Sushant Singh Rajput “suicide” and the lynching of two sadhus on the Gujarat-Maharashtra border in full police view – is difficult to prove. And it is hardly relevant when some other channels tend to be hard on the central government, and none of them has faced the kind of aggressive targeting as Republic TV.

Republic TV is under a triple attack: by the Maharashtra government, by the Mumbai Police, and even by the state legislative assembly, which has plans to charge Goswami with breach of privilege of the house.

The one charge that surely sticks is the obvious one: Goswami is running a one-man show, where he is the judge, jury and prosecutor in all his shows. The big threat to Republic’s future is that it is a one-man show, which is what makes it easy for his enemies to focus on bringing him down. If Arnab is down, so is Republic.

More than the targeting by the state, Goswami should worry about the dog that did not bark: not one major publication or channel has even tried to defend Goswami. He should ponder over this abject lack of support among other journalists and change his methods accordingly.