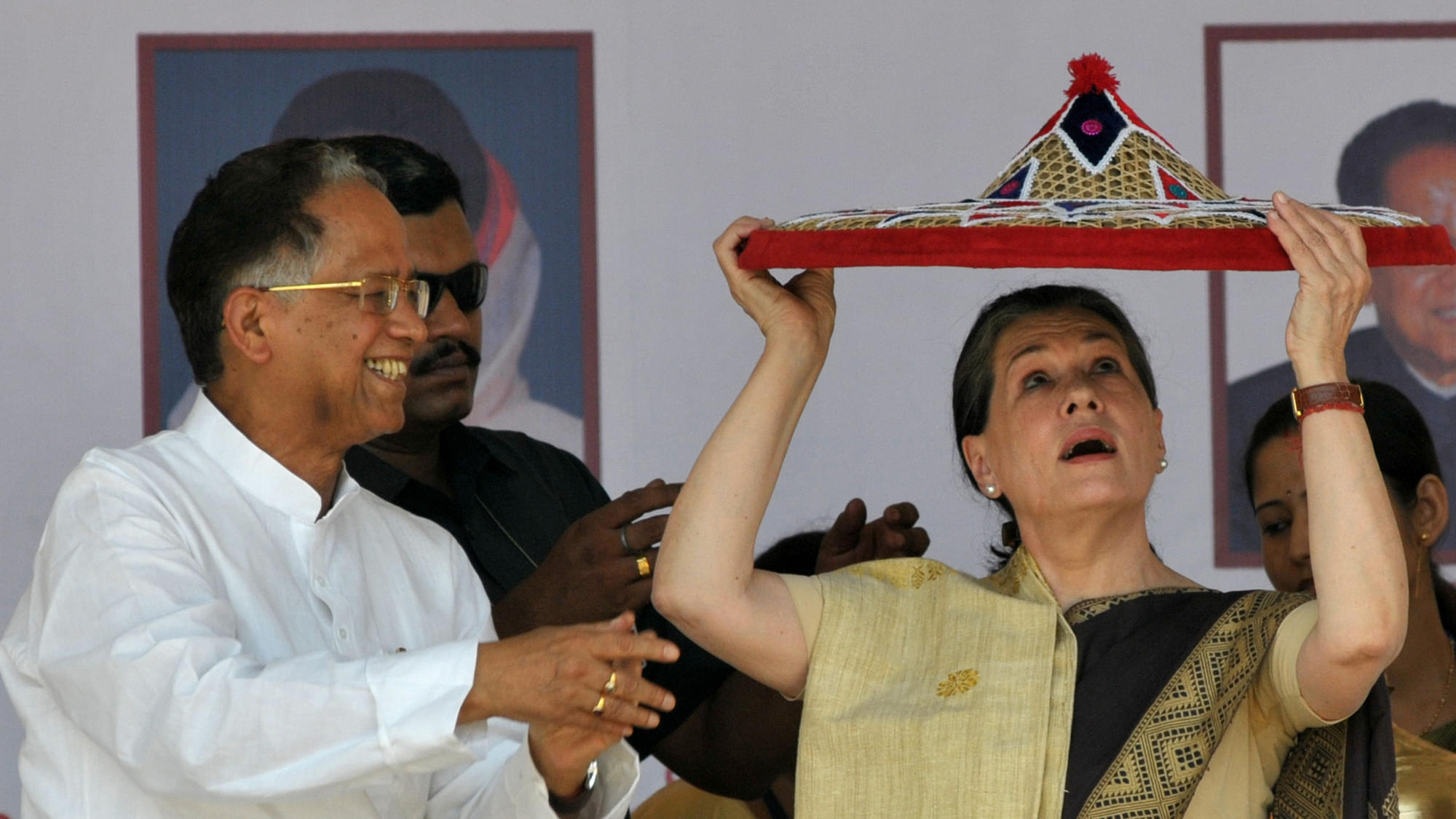 The ghost of Saradha, the notorious chit fund company running a fraudulent Ponzi scheme that defrauded lakhs of people, mostly poor, in Assam, West Bengal and Odisha, and ensnared many politicians in the scam it left in its wake, has now come back to haunt the embattled Congress in Assam.

But in this case, it is not a politician but a senior police officer, said to be close to Assam Chief Minister Tarun Gogoi, who is in the center of a raging controversy.

The police officer, S.N.Singh, is currently the Additional Director General of Police, and an accused in the Saradha scam. He had allegedly directed police chiefs of all districts in Assam to provide protection to Saradha executives and its chief, Sudipta Sen, and debarred the state police from registering FIRs or taking any action against the chit fund company.

After the scam surfaced in April 2013 when the company went bust, the Assam police’s directorate of vigilance and anti-corruption initiated an enquiry against Singh and some other senior police officers for their involvement in the scam. But ignoring this, he was made the nodal officer of the state police for conducting the Assembly elections. The nodal officer plays a crucial role in elections.

The Bharatiya Janata Party (BJP), which is hoping to unseat the incumbent Congress government in Assam, has complained to the Election Commission against the appointment of Singh as the nodal officer. “He is the officer who will be primarily responsible for movement and deployment of police personnel before, during and after polling. All complaints will be received and disposed off by him. How can a tainted officer like him be expected to conduct himself impartially? We strongly suspect he has been put in this post by the Congress to help that party rig the polls,” said Vijay Kumar Gupta, BJP state general secretary.

Gupta’s allegations are not without basis. Just before the announcement of the Assembly polls, the Assam government received a representation from Singh and others accused in the scam to keep the vigilance inquiry against them in abeyance. The government obliged and, thus, paved the path for Singh to be appointed as the police’s nodal officer for conduct of the polls.

The BJP’s allegations get more credence from the conduct so far of Singh. Many election offices of the party have been attacked and ransacked, allegedly by Congress goons. BJP candidates, activists and supporters have reportedly received threats, even death threats, allegedly from Congressmen. BJP activists have been reportedly stopped from campaigning in many places and posters, banners and buntings of the BJP have been torn and damaged. BJP leaders and activists have filed many complaints with the police, but the latter have not taken action on a single case as yet.

“The police inaction is because S.N.Singh has asked all police stations and officers not to register any complaints filed by us. He is acting in a blatantly partial manner,” said another BJP leader. The BJP has also made this an election issue and Singh’s name is finding mention in many speeches by its leaders as evidence of the Congress’ insidious attempts to rig the ensuing polls in the state.

“It is clear from the government order keeping in abeyance the vigilance enquiry against Singh that this officer is being favored and is the Congress’ blue-eyed boy in the state police. On what ground was the enquiry kept in abeyance? What was the quid pro quo in this?” asked the BJP leader.

BJP leaders, in their election speeches, have been citing this (putting the vigilance enquiry against Singh in abeyance) as evidence of the involvement of the Congress and many of its leaders in the Saradha scam. “It is important for these Congress leaders to protect Singh, or he may spill the beans on their involvement,” said the BJP leader.

The Congress is on the backfoot over these, and many other allegations, hurled against the party and its leaders by the BJP. Battling these allegations, and disproving them, especially in the court of public opinion, could prove to be impossible for the embattled Congress.