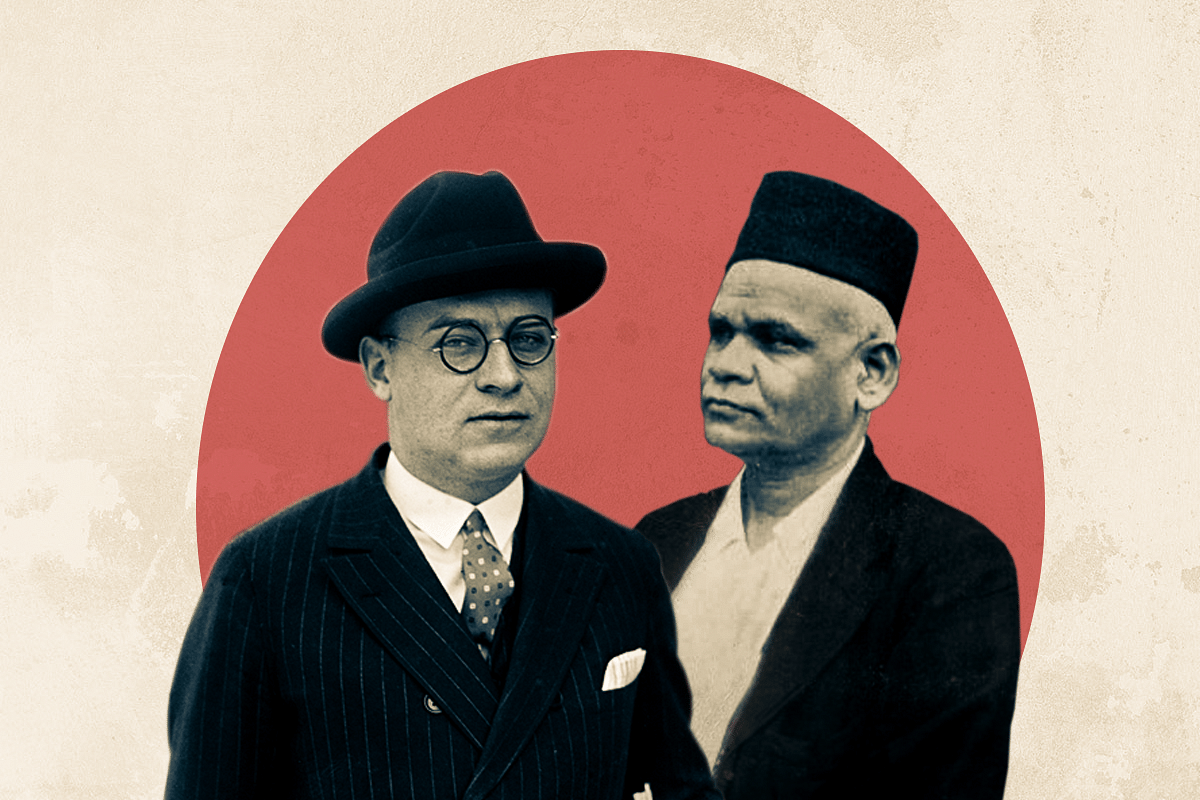 As the Second World War was drawing to a close, the United States of America decided to show some magnanimity to those who were helping the Allied forces in their war against the Axis powers.

This would have gone mostly unnoticed but for Indians living in the US who became aware of the need for similar treatment. This demand needed effective support from the Indian side. That support came from a man who was serving in the Executive Council of the Viceroy. His name was Dr Narayan Bhaskar Khare, a Hindu Mahasabha leader.

Patriotism takes many forms. Many superficial patriots had then criticised the decision of Dr Khare to join the Viceroy’s Executive Council.

Even today, some columnists highlight that Hindu Mahasabha cooperated with the British.

However, Khare and his colleagues (which included Dr B R Ambedkar) used their position to make sure that Indian interests were served best and taken care of during those crucial years when the World War was coming to an end, and a new balance of global political power was taking shape.

Dr Khare’s persistent efforts to remove discriminatory laws against Indians would pave the way for later United Nations actions against South Africa. This has been already discussed in Swarajya.

The details about the benefits people of Chinese origin were getting in the US because of Chinese war efforts, and which were being denied to Indians in the US, were seen by Dr Khare in a file during the course of business.

I strongly protested against this invidious discrimination against Indian settlers in America. I argued, ‘If the Chinese were fighting alongside the Anglo-Americans against Hitler, the Indians also are doing the same and rendering perhaps greater help than that rendered by the Chinese; why should rights of citizenship not be conferred on the Indians in America simultaneously with the Chinese.’ I vehemently argued ‘with the Viceroy and told him straightway that this attitude of America and this indifference towards this question of Indians, by the British Ambassador in America (Lord Halifax) would naturally adversely affect the war efforts of India.

This forced the British government to at least talk formally to the US authorities. The US authorities said that the government could not change the law by itself but if a private senator could be found to introduce such a bill then it could be made possible.

Of course, such a private senator could not be found. This made Dr Khare even more determined.

A private senator could be found for a law amendment for the Chinese but not for Indians?

In this context, he protested stating that grouping Indians with "half-civilized Malays and Indonesians" as "positively an insult". Those were times when even a Jawaharlal Nehru with more international exposure was speaking of being impressed by "well-bredness and aristocracy" of the Chinese.

Thus, the insensitive and erroneous language that Dr Khare used to refer to Malays and Indonesians by calling them "half-civilized" could be forgiven though definitely not acceptable. But what is of importance here is Khare’s determination to get Indians the same advantage that the Chinese had earned through their war contribution.

Dr Khare had clearly made it known to the world that India as a nation was dissatisfied. This was when the issue had not even touched the national conscience overtly. He also appealed in his own way to then president Franklin Roosevelt, stating that though the president of the US was sympathetic to Indians, he could not do anything.

In the US, there was one senator, who was also sympathetic to the Indian cause. After the Chinese were granted citizenship and annual emigration concession to 100 of them, the Indians in the US had started demanding the same benefits.

Congressman Emanuel Celler (1888-1981) would later become 'the longest-serving Congressman' from New York. Raised as a secular Jew during the First World War, reading Herzel, the architect of Zionist movement, Celler had become a Zionist.

During the Second World War, he was busy using all his diplomatic talent to rescue Jews from Germany and get them into the US. In some, he had failed like in the Wagner-Rogers Act to allow 20,000 German Jewish children under the age of 14 to come to the US and in persuading Roosevelt to challenge the British blockade of Palestine.

He also wanted the US to establish full diplomatic ties with Vatican so that it could be used to rescue the Jews. He was known for fighting the covert anti-Jewish elements inside the establishment. ('Rep. Emanuel Celler - an unsung hero', The Jerusalem Post, 3 May 2019).

It was Emanuel Celler, who would take note of the agony of Indians, which had been registered and made public.

In the US, a movement was underway for more than a year to acquire citizenship for ‘east Indians’. So he as private senator moved the bill "for granting citizenship rights to the Indians domiciled in America and also allowing an annual quota of 100 immigrants from India to settle as citizens in America”.

Thus, today, the non-resident Indian (NRI) population of India, who have American citizenship, should thank these two unsung and forgotten heroes.

Celler was not aware of even the existence of Dr Khare. But he was aware of the more commonly known faces of India — Mahatma Gandhi, Rabindranath Tagore and Nehru.

He had great regard for Nehru in particular.

However, all such perception of Nehru would change later. He would call not only Nehru as "a Commie but even his son a Commie", and when pointed out Nehru had no son he would snap back saying, "then his daughter is a Commie”.

In India, the role of Dr Khare had been largely forgotten. He was a straightforward angry man, and too straightforward for petty politics. He was also magnanimous to a fault. But both his anger and magnanimity shared a common factor — love for his countrymen.

He was a Hindu Mahasabha supporter, a staunch ‘Hindutvaite’. At that time, partition politics was at its peak. Yet, when Second World War stopped the Haj pilgrimage and the ban prolonged, he persuaded the Viceroy and made the Haj possible with the ships carrying the pilgrims being given protection by naval forces.

He was an uncompromising ‘Hindutvaite’, and a patriotic humanist par excellence. This made him seek support of every and any leader of Indian polity in his attempt to remove the distress of Indian people abroad — whose interests he was taking care of zealously even with the limited power available to him then.

Historian Rakesh Ankit points out this legacy of Dr Khare:

It was Khare, by this time Congress’ bete noire, who persuaded Wavell ‘to provide facilities for Jawaharlal Nehru paying a visit to the displaced people of Malaya’, thus paving the way to the famed occasion when Nehru first met Mountbatten. ... Similarly, it was Khare who ‘took a strong line in dealing with the problems of Indians’ in other countries - Burma, Ceylon and above all South Africa. Under his initiative, Girja Shankar Bajpai concluded immigration agreement with the first two while Shaffat Ahmad Khan, the high commissioner in South Africa, was indignantly withdrawn by Khare when the Smuts government made no response to his personal appeal. ... Khare then prevailed upon Wavell and Auchinleck to ‘impose economic sanctions against South Africa’. Nehru, thus, not only moved into Khare’s old room of Member, Commonwealth Relations on 2 September 1946, but was building upon the latter’s efforts in taling the case of South African treatment of Indians to the UN in November 1946.

Nehru’s romantic obsession of projecting himself as the Indian dove of global peace earned applause from the multitude. His charisma and flowery language earned him admiration world over.

Yet in those crucial years during and after the Second World War, the real visionary who agonised over and toiled to protect the cause of India and also Indians living abroad was a ‘Hindutvaite’.