The Indian Zootopia And The Plot That Shames Fiction 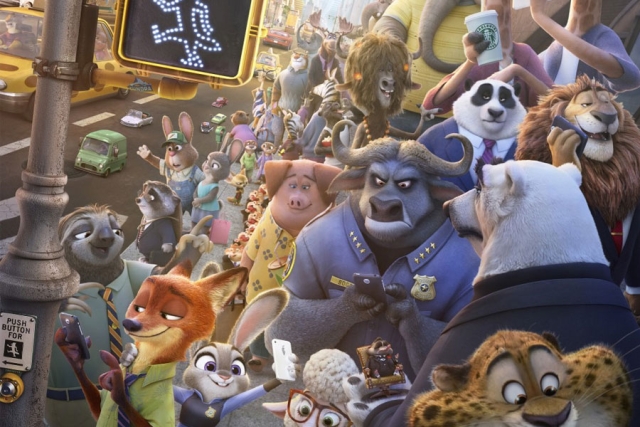 One of the qualities of the animated movies which I have always appreciated is how the power of creativity and technology work in synergy to attain a level of coherence and expressiveness which otherwise is difficult to achieve in other genres. Some of them have effectively broken free of the mortal boundaries to convey a deep message for humanity while being thoroughly entertaining at the same time.  A few examples of such movies in the recent times have been Avatar, Wall-E, Up and the newly released Zootopia.

While Avatar’s underlying message of colonial exploitation where greed and power ruthlessly suppresses the hapless native population might be past its heydays in the Indian context, and Wall-E’s portrayal of future dystopia borne out indiscrete exploitation and pollution of the earth seem at least decades away, Zootopia portrays a social picture which is quite relevant in the present Indian context, whose narrative most Indians can easily relate to especially in the backdrop of recent events.

In the movie, Zootopia is the name of a metropolis where erstwhile predators and preys live in harmony with each other, until a few sinister individuals driven by ulterior motives turn selected citizens into violent predators by injecting behavior altering chemicals into them.  As the news of the predators attacking preys spreads, the so-called preys who constitute 90% of the population turn increasingly skeptical and paranoid towards the rest of the population, becoming hostile and isolated.  Such a discord hurts the social harmony and goodwill but benefits those who devised this separatist scheme - those evil forces become the masters of Zootopia (at least for some time).

This movie could not have been released at a more apt time in India, which has been witnessing its own Zootopia for the last one year. In the Indian Zootopia, the sinister forces used a rather clever scheme. They selected their pawns among the so-called weaker social sections (Dalits and minorities) and with the help of their cronies (opportunist media and left wing pseudo-intellectuals) injected (indoctrinated) them with a poisonous concoction of lies, hatred and propaganda to the point they lost their own judgment, becoming hostile and self-proclaimed victims of imaginary suppression and intolerance. These pawns (the likes of Kanhaiya, Vemula, Umar Khalid) serve the purpose of alienating the communities they belong to and arguably to some extent they have succeeded. As the crony media continue to fan the hate and insecurity they helped create, it is natural for the simple and gullible among the multitude to fall for such rhetoric. With each such episode, a growing faction of the society starts harboring a perception of being wronged and become more skeptical towards others. The cost is a schism in the delicate social fabric, which took years to weave.

So who are the vicious forces, those set to gain from the division and social unrest?   These are the political parties who have been rejected by the Indian electorate owing to their misrule, corruption and failing people’s expectations and are desperately trying to remain relevant and hold onto power, even if it means splitting the country into fragments . There is also a growing fear among these parties of the increasing popularity of the Modi-led BJP endangering their remaining political ambitions. It might be argued that malicious political parties and crony media houses ultimately end up on the losing side. With their sinister schemes exposed, they lose credibility and popularity.  That’s true, but a lie repeated loudly hundreds of times, do get traction especially among the most susceptible ones. So even while the vicious forces stand exposed, society ends up getting more polarized. Such polarization is not ideological like the Democrats vs. Republicans, rather it is existential based on the identity of the people and deepens the democratic fault lines. This is a not a new phenomena. British used the divide and rule more effectively than anyone to perpetually keep Indian society divided, pitting one caste, religion, and language against the other.  This is how a handful of them could rule over millions. In the current political setup, similar divide and rule policy is being openly employed by hate mongering political parties the likes of Shiv Sena, DMK and lately Left and Congress whose raison d’être has become pandering to people’s insecurity and keeping their vote bank perpetually paranoid in order to sell themselves as their worthy savior.

Zootopia could find its unlikely heroes in an ambitious bunny and a noble but stereotyped fox, who unmasked the sinister sheep and their evil scheme and thus brought the movie to a happy ending. But the outcome of the continuing Indian Zooptopia lies on a few key questions: Can Indians reconcile their artificial differences and not let themselves become victims in the sinister designs of these divisive forces?  Can India expose and reject the self-serving, anti-national elements for good? The Indian Zooptopia is far from over. I hope it comes to a happy ending.