The Logic Of Hindutva: Why Excess Diversity Is Not The Road To Survival 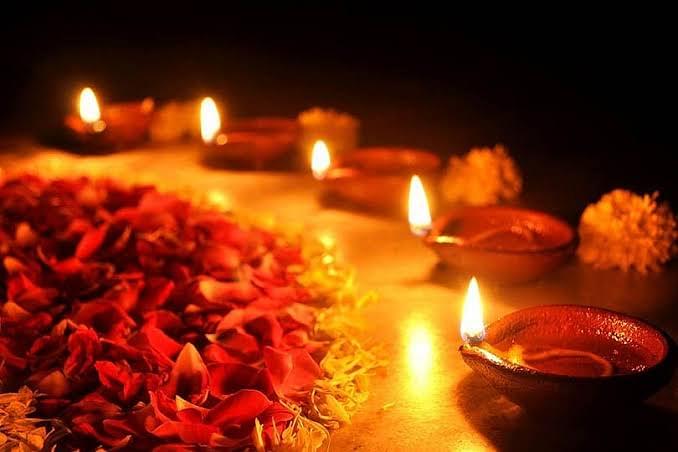 The Charlie Hebdo murders, the earlier death threats to Salman Rushdie and Somalian ex-Muslim Ayaan Hirsi Ali, the murder of Dutch politician Pim Fortuyn, and the recent brutal killing of Hindu Samaj leader Kamlesh Tiwari by alleged Islamists have one thread in common: the seriousness with which not just jihadis, but also ordinary Muslims, take their religious icons.

This became obvious when even a regular TV personality, Abdul Razack Khan, refused to condemn the Tiwari murder. Not even lip sympathy. Refusal to condemn murder without ifs and buts is now acceptably mainstream.

This misunderstanding of Islam by Hindus – something that continues among so-called secular Hindus – lies at the root of the schism between the two communities in India. If you do not understand the nature of Islam, you can’t live in peace with it. It follows, that if you cannot mirror some of these attitudes yourself, you are not going to be respected by them. Why respect kafirs and infidels, if they themselves show no respect to their holy icons?

When Islam came to India, it came fully formed and not with the idea of co-evolving along with the other Indian religions. The appearance of a new faith never bothered polytheistic and/or pluralist traditions in India, but the reverse has probably never been true, even though at the practical level, there was some accommodation between the two communities.

The same thing happened in Rome, when the early Christians and converts from pagan faiths began to grow in numbers. The Romans, with their multiple gods, had no issue with the arrival of Christ as a new god in their midst; but to the neophyte Christian faith, any accommodation of Roman beliefs was anathema. For Christians there was only one outcome that was acceptable: conversion of the Romans to their faith. And that is precisely what happened as Christianity closed the Western mind that was the inheritor of Greek scepticism and logic. (You can read about it in Charles Freeman’s book by the same name.)

The important things that Hindus must internalise and understand about both these Abrahamic faiths are the following:

First, both are faiths led by belief, and not spiritual seeking. Since belief is not based on any falsifiable hypothesis, any threat to belief is seen as a huge threat to the faith itself. In Indic faiths, gods are essential for rituals and personal prayers and pujas, but the larger goal is moksha, a higher seeking of spiritual truths. The belief in god is only a catalyst to higher states of consciousness. God is often the Sherpa who takes you to base camp; from there the final assault on the mountain peak of knowledge and truth has to be your own personal endeavour.

Second, Abrahamic faiths are about man serving god; Indic faiths, especially Hinduism, are about gods serving humans. While Buddhism and Jainism did not even have a need for god in their scheme of things, Hinduism’s traditions are about serving god so that he can serve us. From the concept of the Ishta Devta, where you choose your god, to the reduction of the deity as a minor in Indian jurisprudence, Hindus protect their gods like they would their children or aged parents. This is why when bigoted Muslim rulers were threatening to attack temples, the Hindus deserted the shrines and kept the deities under protection. (Read Meenakshi Jain’s Flight of Deities and Rebirth of Temples for insights on this).

The ultimate idea is that it is god’s duty to protect us, not the other way around. This is why when a Dravidian activist beats an image of Rama or Hanuman with chappals, there is less outrage than what would be the case if someone even dared to conduct such sacrilege with Abrahamic gods or their prophets. Nothing except praise of these gods and their chosen messengers is acceptable to believers in Abrahamic faiths.

Third, our gods are family. We fight with them, we love them and adore them, we complain to them when our wishes are not met, and we even threaten them with abandonment if we find that in some circumstances the gods are not in our corner. When we move house, our gods are packed to leave with us, just as we carry our children along. In Abrahamic faith, gods are above us, forever judging us and demanding stern obedience. There is no scope for criticising god for his alleged failure to help.

Fourth, Hinduism is a bottom-up religion, and its ideas have come from below, even though there have been enlightened individuals, from Adi Shankara to Ramanujacharya, from Sri Chaitanya Mahaprabhu to Sree Narayana Guru, from Swami Vivekananda to Ramana Maharshi, who helped develop the theology around it. But in the end, Hinduism is what you want to make of it. Abrahamic religions, on the other hand, are handed down from above: from god through his messengers or special agents. You can’t take liberties with their gods.

From all these things, it should be obvious that while the Abrahamic believers take their religions, holy books and prophets very, very seriously, Hindus don’t quite do the same. We have to understand this difference when we interact with followers of these faiths.

A corollary: it follows that unless we also unify our divergent practices and beliefs to some extent, with some broad agreement on some fundamentals, we are cannon fodder for these inflexible faiths. This is the logic of developing Hindutva as a common umbrella for all Indic faiths even while allowing the underlying diversity to flower.