The Patriots And The Government 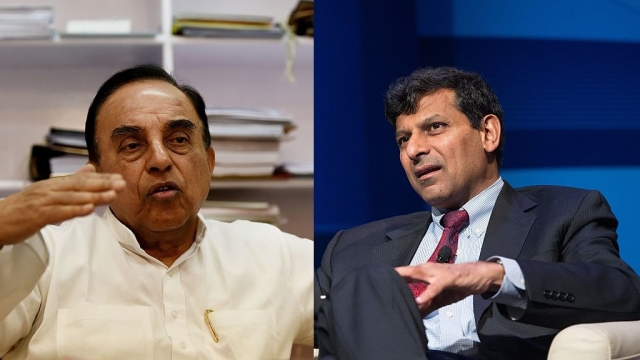 The recent shocking tirade against Dr Raghuram Rajan (R3) has raised some fundamental issues. How should a legitimately elected government deal with its own party members who criticise, abuse and target senior technocrats and bureaucrats? How should a government deal with its officers who occupy high posts when they are attacked or abused in public? Should patriotism and acquiescence be the criteria to choose senior staff or should independence and excellence be the criteria? Too many fundamental issues are coming up as India grows rapidly and becomes a major global player both economically and politically.

As our economy grows rapidly in a very complex globalised world we need to admit that we do not have the capacity to manage this transition smoothly. All countries which have grown rapidly - the US, China, Japan etc. - have faced this challenge at some time or the other. Some of them have managed this well, drawing in talent from other parts of the world and some have not - even until now. India is not managing this well. Talk to trade negotiators and they bemoan the fact that we do not come prepared for trade talks, do not have enough data and become obstructionist when faced with fast moving consensus. Talk to tax negotiators, global standard setters, and the feeling is the same. We have not built up enough capability, do not have specialised agencies, have not invested adequately, do not have adequate research or legal expertise to take on well seasoned negotiators.

For growing our economy too we need a different kind of talent to work with us in government - people who have handled and have exposure to larger economic systems so that we can take advantage of learnings from the mistakes of others. What matters for us now is the output which has to meet our high aspirations, not who does the work. When we get great talent from outside one of the key issue that arises is how do we compensate and treat outside talent who are willing to work with us.

For working with the government of the day, obviously we cannot match the compensation and the lifestyle that people have in other developed countries. This restricts the field and we are left with highly accomplished NRI’s who are nostalgic about India, want to contribute to India’s growth and are willing to make the sacrifices necessary for this purpose. What they expect is respect, a professional workplace, fair treatment, and above all, support from their employer - the government.

The NDA has come to power with an absolute majority led by a charismatic, dynamic leader. They are very clear that they want India to be a dominant global power both economically and politically. With this objective PM Modi has traveled overseas extensively, developed wide contacts and friendship, changed the world’s perception of India and established India as a country with whom the world can do business. Our PM has asked the world to come and invest and work in India. Politically the results are visible with India overcoming its earlier constraints and being welcomed in global groups. Economically too India has opened up to FDI and the global mood is very positive with record FDI coming in. This is a great time to drive new opportunities forward.

Through this milieu we had a star performer in R3 as Governor of RBI. The fact that he stood up to Alan Greenspan and was proven right, he took inflation head on, forced the banks to recognise the NPA problem and fight the crony capitalists, endeared him to Indian and overseas investors, and increased India’s prestige globally. Confidence in India’s macro economic stability increased. Suddenly, the self appointed ‘patriots’ who were busy attacking the opposition turned their attention to a successful NRI and started abusing him on specious grounds that he was a green card holder and that his policies hurt the SMEs; egged on by the cronies who were hurt that banks were actually demanding repayment of their loans.

The attack was sudden and shocking and the response of the government was underwhelming and delayed, which is uncharacteristic. When the target resigned rather than fight this abuse, the ‘patriots‘ shifted their attention to another NRI technocrat and to a broader set of senior secretaries. The government is clearly on the defensive, and this is making citizens and investors from outside ask why party members have a louder say than the elected government. It also put the government in poor light for failing to stand by their own officers strongly. It called into question the whole issue of how government deals with its own officers. Globally this has caused deep concern amongst investors who are worried that the increasing rhetoric from the ‘patriots‘ will impact future progress and cramp the ability of the government to push for rapid reform. One still remembers how, after the initial burst of reform from the Narasimha Rao government, the louder discordant voices from the party in power then slowed down the adoption of additional reforms significantly.

The issue is not the government’s right to hire and fire its officers, the issue is how the government treats its officers and stands by them, specially the NRIs. Today they will think twice before coming back to work with the government in India. Are they indispensable to India’s growth and future? Maybe not! We can bash on nevertheless but having some of the world’s best talent work with us would be an accelerator. The government too should send a clear signal that the party can always give feedback internally rather than publicly, that the government decides for India, and that it is not forced to act or be pushed around by anyone else.