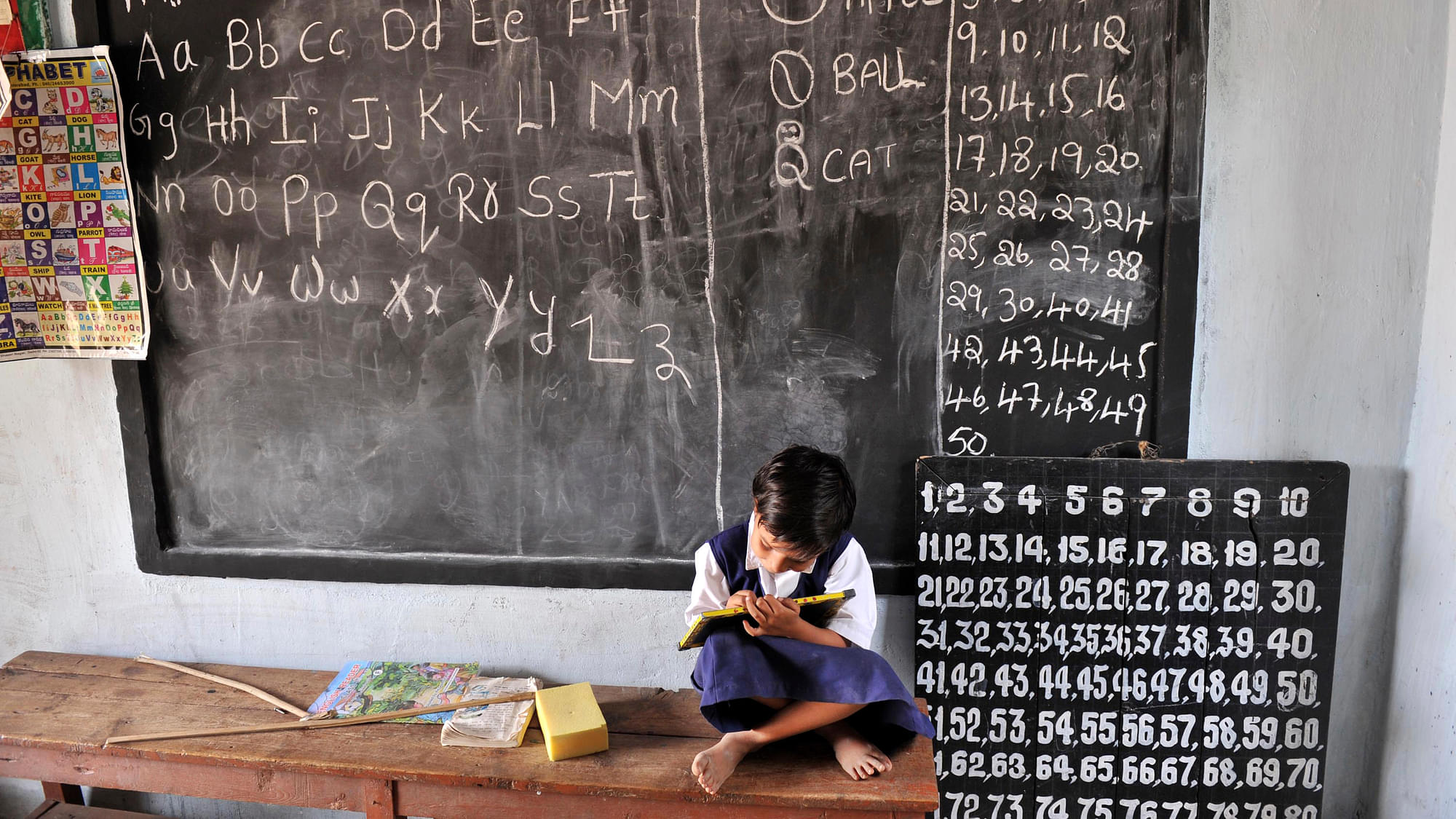 The chief executive officer of Azim Premji Foundation, Anurag Behar, recently provided a cheat sheet of 25 matters related to education for 2017. Many parts of the cheat sheet were completely off the mark and, on the whole, missed a lot of crucial issues about school education in India. But that is not surprising, knowing Behar’s denial of facts on the issue of the Right to Education (RTE) Act.

So here are two cheat sheets. The first one helps the reader understand the current situation, and the second one provides ideas to rectify the problems.

1. Father Joseph Palanivel Jeyapaul -- a priest convicted of paedophilia in the United States, Fr Basil Kuriakose -- a Kerala priest accused of abusing a 11-year-old in the school dormitory and Yasin Malik -- Kashmiri separatist and butcher of pandits -- have more rights and autonomy than any law-abiding Hindu citizen of India in running an educational institution. The only reason for this is that the 93rd amendment to the Constitution of India effectively exempts any minority-run institution from the ambit of the RTE.

2. The organisation established to certify whether a particular institution is minority-run or not and thus qualified for exemption from the RTE Act or not is the National Commission for Minority Educational Institutions (NCMEI). It was created through the NCMEI Act of 2005 which, by law, excludes Hindu members even though it has the responsibility of protecting the interests of linguistic minorities too. Therefore, the fate of thousands of institutions lie in the hands of a quasi-judicial body which cannot have a Hindu member by law.

3. The implementation of the RTE has contributed to the worsening of educational standards and, as a consequence, learning outcomes. An Annual Status of Education Report (ASER) points out that “more than 50 per cent of the fifth graders cannot read second standard level text”. Not only that, we seem to be witnessing massive grade inflation. Our education system aims to ensure that outcomes are uniformly mediocre instead of enabling excellence.

4. Despite the likes of Behar pronouncing that “The claims that Right to Education is forcing the closure of thousands of schools is false or ludicrously exaggerated”, we know from data on school closures and notices issued by various government authorities and collected by the National Independent Schools Alliance (NISA) that 4,327 schools were closed due to the RTE in 2014 alone in six states for which data is available. In 2015-16, 3,332 schools shut due to RTE in the three states for which data is available.

The Devendra Fadnavis government in Maharashtra has served closure notices to 7,000 schools in 2015-16 in the process of implementing the RTE. Thousands of other schools have been threatened closure through “non-official public announcements made by government officials or ministers”. Given the structure of the RTE and the 93rd amendment, we can be very sure that almost every single one of those schools was run by Hindus.

5. We need to stop ignoring the impact of such badly-framed policies on the poor. The poor are best benefited by tough educational standards and private institutions focused on meeting or exceeding those standards. The RTE Act is inherently anti-poor as it dilutes those standards and makes it extremely difficult to achieve better outcomes. In fact, even the widely known 25 per cent quota for students from economically weaker sections (EWS) isn’t actually a quota largely for such children but for children from ‘disadvantaged groups’, which includes SCs, STs, OBCs and minorities. In most states, only a small part of this 25 per cent is for EWS students.

Education will be political and has to be. Curriculum and textbooks will be the visible battleground, though even more important is the war about aims and actual practices.

It need not be this way. The question as to what is the best way to teach is best decided by market process. To trust a government mandate designed by the likes of Behar over market process is irresponsible. Moreover, no politics is possible in the realm of science and mathematics. It is however possible in economics, history and other similar subjects to some extent.

What Behar means when he says, “curriculum and textbooks will be a visible battleground” is that he and others will continue to deny history just because his politics requires him to do it. School curriculum should be changed to ensure that it doesn't become just another megaphone for the Left, and contains facts instead of propaganda.

So now, here’s another cheat sheet, this time with a few ideas which the central government can use in various combinations to improve upon the system.

1. No political compulsion prevents the government from declaring atheists to be an official minority. None exists to prevent them from exempting women, SCs, STs and OBCs from the RTE Act. One way to save our institutions from this depraved law is by perverting it even further.

2. Ask the NITI Aayog to take a closer look at the issue and come up with ways to change the RTE and eliminate the regulatory aspect of the Act. A Group of Secretaries in Education recently met with the prime minister in the presence of officials from the Aayog. It appears that the Prime Minister’s Office recognises that there exists a depreciation in our education system. The only thing left to do then is act on that knowledge.

3. As a temporary measure, amend the rules to ensure that the RTE is only applicable in those districts or blocks where all government-run institutions are RTE-compliant. Input requirements vis-à-vis land, playground size, teacher-student ratio and more need to be relaxed urgently to provide some breathing space.

4. Relax and make transparent the process to create new school boards which can cater to different geographies or classes of people. This will provide some competition to the Central Board of Secondary Education and state school boards, and probably force them to raise their standards.

5. Create a new body to protect the interests of linguistic minorities in various states. The NCMEI, with its sectarian composition, cannot be trusted.

6. At least ensure the NDA state governments stop closing down and/or harassing Hindu-run institutions. The Shivraj Singh Chouhan government in Madhya Pradesh is trying to close down 30 per cent of private school capacity in the state by strictly implementing the RTE. Fadnavis’ government in Maharashtra has sent closure notices to around 7,000 schools. The very act of trying to close down school capacity in a nation which faces a massive shortage of the same is downright immoral. There are more than enough Public Interest Litigation activists to harass Hindu-run educational institutions. The least that the NDA can do is not add to it.

Human resource development minister Prakash Javadekar needs to start speaking up about the many risky aspects of RTE. If even he can't speak up about how sectarian the RTE is so as to avoid criticism by the mainstream media, there is very little hope that school founders, administrators and parents will speak up. He needs to take the lead in restarting the debate on RTE.

To conclude, it is incredibly important for us citizens to realise that school education is much too important an issue to remain quiet on. The best way to not be silent is learning the facts and taking a stand against the antics of ‘education activists’ like Behar who want to close down our schools.