The Rs 20,000 Crore Boondoggle: Why MPLADS Is Past Its Sell-By Date 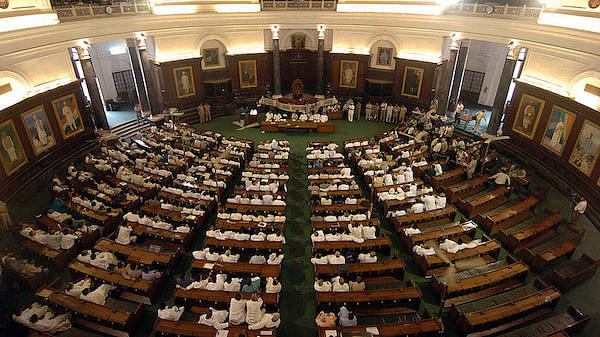 Every five years, India gives nearly Rs 20,000 crore of pocket money to its members of Parliament to do some good in their constituencies. This money comes under the Members of Parliament Local Area Development Scheme (MPLADS), under which every MP gets to ask any district administration in his constituency to spend upto Rs five crore annually on useful public projects.

MPLADS needs to be scrapped for it is partly unconstitutional, favouring incumbent parliamentarians by giving them the power to shower favours on their constituencies. The money can clearly be spent elsewhere, including state funding of elections. But the scheme itself needs to be scrapped.

MPLADS was created in 1993 by late Prime Minister P.V. Narasimha Rao, who headed a minority government. To keep MPs focused on their constituencies, rather than on toppling his government or entertaining thoughts of defection, Rao gave them money to play around with. MPLADS started out with modest outlays of Rs one crore per MP, but has now become a huge scheme spending loads of money with little accountability, as some Comptroller and Auditor General reports have noted. While some MPs have used the funds for useful local projects, the scheme is essentially a boondoggle to benefit MPs curry favour with the electorate.

There are several reasons why MPLADS is wrong in principle.

One, as stated earlier, it is wrong to empower incumbent MPs with special funds. The scheme can confer long-term sitting MPs with an advantage over new rivals or entrants to parliamentary elections. While it may be true that money is not enough to tilt the advantage in favour of incumbents, that itself is no reason to give this favour. In any case, money helps where there is no “wave” election.

Two, in a federal constitution, it is not the job of members of Parliament to look after constituencies. These constituencies may have a zillion needs, but this does not mean parliamentarians have to provide the solutions or cash. Whether it is setting up a school or providing a water pump or new sewers in a locality, this is the job of local governments, urban bodies or state governments. The centre cannot directly intervene in local projects, except for providing money on an equitable basis to all states or local bodies. Why, then, should an MP get the power and money to be a do-gooder in areas where the centre has almost no jurisdiction? The MP’s job is to look at issues in the central list, which is about defence, foreign affairs, monetary and fiscal policy and development schemes financed directly by the centre, etc. Purely local demands have to be met by MLAs, corporators and panchayats.

Four, the money can surely be put to better use, including state funding of elections. Black money is what drives Indian elections, and electoral reforms have been lacking since incumbent MPs and major political parties have no interest in changing a system that helps them garner huge resources clandestinely. While it is not my case that state funding of election campaigns will eliminate corruption and black money, it will at least enable new candidates to enter politics. An election fund distributed proportionately on the basis of votes garnered by each candidate (after excluding those who lost their deposits) will enable new people, including professionals, to enter politics. Which can only be good for democracy.

Even today, companies can fund political parties directly and obtain tax relief on the same, but given the reality that politicians can get vicious with businesses that funded their rivals in the last election, businessmen tend to distribute the money more or less even-handedly among many parties, including regional ones.

This is actually no different from state funding except that the people doing the funding are private companies trying on a political balancing act.

Business will fund specific political parties openly only when they are guaranteed that no politician can take revenge on them for funding someone else. This means we need transparent regulations and the rule of law where policies cannot be tweaked to anyone’s advantage or disadvantage. As long as the state wields enormous powers to enhance of damage corporate profits, no businessmen worth his salt will fund any political idea strongly.

We are a far cry from this stage; in the interim, it is worthwhile to try state funding to bring in a breath of fresh air in Indian politics. And with less corruption.

It should be possible to use MPLADS funds for this purpose to make state funding economically viable right at the outset but, in either case, MPLADS has no reason to exist. It should go.