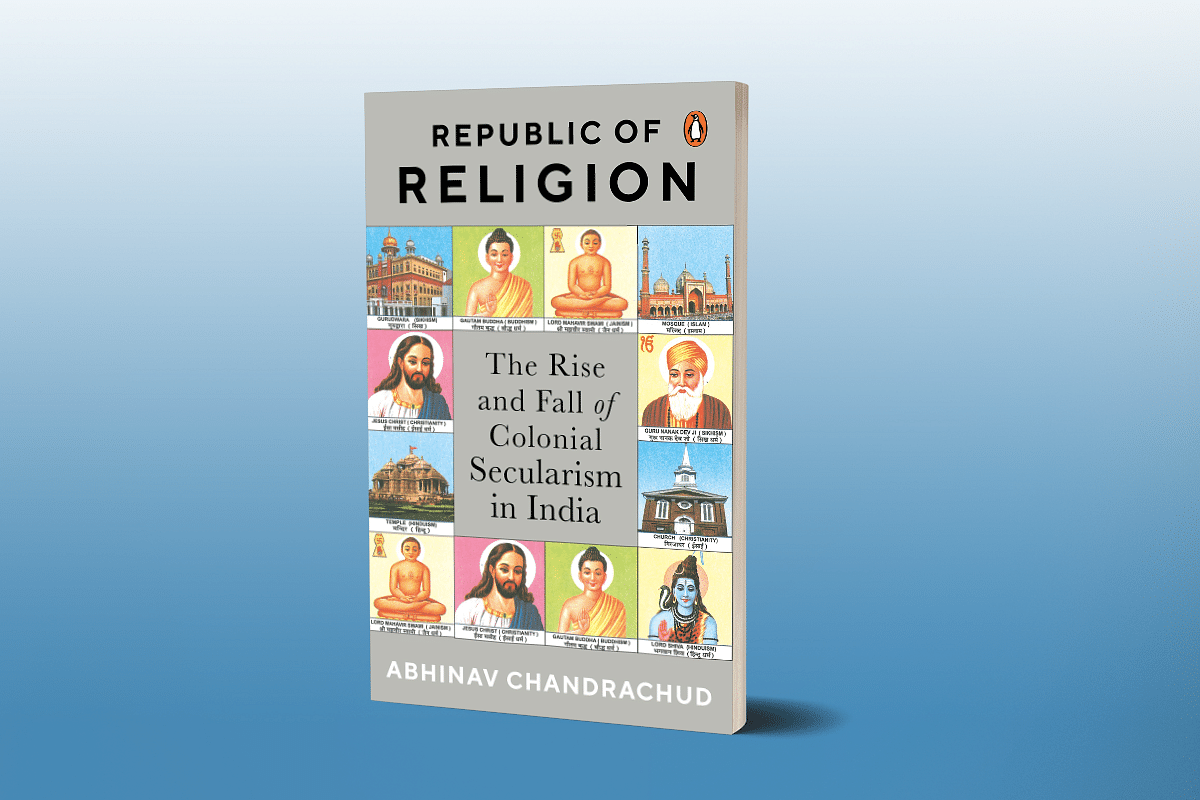 Secularism is a virtue that has come to be accepted as the most natural and universal value for modern nation states today. The separation of religion and politics seems to be a common sense position to take for modern multicultural societies. However, there is more to the ‘innocuous’ secularism than meets the eye.

While the tentacles of secularism have spread far and wide, it should not be forgotten that its roots are very much in Christian theology.

The secularism we know in literal form - the separation of Church and State - may have come to fruition during the Protestant reformation revolution in the 16th and 17th century Europe, but it’s as old as Christianity itself.

Christianity was born in an empire which had a centuries-old established system of governance backed by equally old political philosophies. It naturally had revulsion to the temporal world of the Romans and their State power (The fact that the same power crucified Jesus was an obvious factor too).

The centuries of struggle between the Church and the State for clarity over spheres of control culminated in secularism. Many assume that it was the State which was running from the Church. Nothing could be farther from the truth. It was as much (if not more) about religion running away from the State, thanks to the Protestant reformation revolution.

All prominent thinkers of the Enlightenment era (Voltaire, Denis Diderot, etc) drew heavily from Christian theology to make the case for secularism. But like all other values of the ‘Enlightenment era’, secularism too became a universal value, in no small way due to colonialism which imposed these on even non-Christian cultures - the quintessential way of doing things the Abrahamic way by thrusting uniformity and monoculturalism with impunity.

India also got the ‘gift’ of secularism via colonialism. Had we been colonised by a Catholic European State, things would’ve probably been different, but since it was the British, the champions of Protestant reformation and its values such as secularism, this got imposed on us as well.

Commentaries on secularism in India are laced with emotion and sermonising and often miss to point out its theological Christian roots either out of ignorance or intellectual dishonesty.

In this backdrop, Abhinav Chandrachud’s new book The Republic of Religion (henceforth RoR) assumes importance. While personally, he seems to be a defender and champion of the idea of separating religion and politics, he doesn’t shy away from identifying the roots of colonial secularism which he calls imperial hypocrisy.

In his book, he shows how ‘the secular structure of the colonial state was imposed by a colonial power on a conquered people.’

“It was an unnatural foreign imposition,” he writes.

The RoR details the actions the colonists took in pursuit of their secular project in India, elaborates on the hypocrisy (doing one thing in India while another in metropole) and explains the reasons for doing so: more often than not, convenience triumphed over principles. Finally, the book chronicles the tweaks made in the secularism model once Indians started getting power, pre-and post-Independence.

The Congress secularism (or what he calls ‘soft’ secularism’) replaced colonial secularism completely once the British left India.

The British did three things as part of their Secularism project.

First, they distanced themselves from the administration of local religions. Not because they believed in the principle of separation of Religion and State. After all, back home, England had (and still has) an official religion. Only a Protestant Christian can become King or Queen who is not only head of the State but is also the ‘Defender of the Faith’ and “Supreme Governor of the Church of England’.

Bishops continue to be appointed to the Parliament.

Now, the real reason why the colonial power distanced the State from religion in India was because it considered local dominant religions like Hinduism and Islam to be ‘false’. Thus, administering temples or mosques, the houses of worship of ‘false’ religions was not acceptable to them, so it left the local trustees to do the job.

Moreover, any mention of God was removed from the oaths administered to the public officials in India. The oaths to office were secularised, for the Indian Gods were not palatable to the Christian colonial power. This was not the case in England where officials took oath in the name of God.

Second, the minorities were given special protections so much so that the colonial policies succeeded in injecting separatism in the majority of the Muslim population who preferred the British rule and the protections which came with it than fighting along with Hindus to free the country.

Starting with Morley-Minto reforms in 1909, separate electorates for Muslims were introduced which later extended to other religious minorities.

Back in England, the British, of course, didn’t have such provisions. In India, separate communities were allowed to retain their own personal laws while in England, no such diversity was even thinkable. It’s still not possible today.

The colonizers didn’t accord a special place for the cow revered by the Hindu majority. It allowed Muslims to indulge in cattle slaughter though made some provisions in the Indian Penal Code to punish those who slaughtered cows for the purpose of provoking - a balance was struck for the main purpose was to keep the anger of the majority in check, lest the colony becomes ungovernable.

Third, the government encouraged conversions subtly via its policies and through native preachers. Secular education in government schools was introduced so as to destroy Hinduism and pave the way for the introduction of Christianity.

Of course, back home in England, there was no concept of secular public education.

As far as conversion was concerned, one could be criminally prosecuted for simply refusing to accept the truth of Christianity, let alone try to win converts by criticising it and praising other religions. But the Christian missionaries were allowed to do the same vis a vis Hinduism and other indigenous religions in India.

Chandrachud goes into depth of all the policies that emanated from these three things that British did as part of their Colonial Secularism project - administration of temples, treating the holy cow, secularisation of oaths for public officials, issue of minority appeasement via separate electorate and letting each community continue with their personal laws and allowing freedom of religion which acted as a proxy for facilitating conversions to Christianity.

In the book, Chandrachud then goes on to detail how these policies changed when Indians got power. The Congress secularism replaced Colonial Secularism.

State governments took over control of temples as was the practice in ancient India for rulers to be in charge of them. State governments, one after another - all ruled by the Congress party - criminalised slaughter of cows. Oaths for public officials became less and less ‘secular’ and God(s) was introduced into them again.

The Indian State rejected separate electorates which its leaders found as the main culprit behind the partition of the country. Not just that, even reservations for minorities in legislatures were dropped from the initial constitutional draft by deft handling of Sardar Patel after the country was finally partitioned.

While the freedom to profess and practice religion was continued, the limitations were put on its propagation as state governments started introducing anti-conversion laws which were upheld by the Supreme Court.

In the Constitution, the founders of the modern republic bounded the State to strive to implement a Uniform Civil Code for all citizens of the country irrespective of religion. This is a work in progress. Meanwhile, the hypocrisy continues as a Uniform Code is in force for Hindus, Buddhists, Jains and Sikhs but other religions continue to follow personal laws.

Nonetheless, Hinduism was reformed by removing discrimination against “untouchables” as well as by allowing inter-caste marriages and adoptions.

“In 1950, India’s president, a Congress leader, issued an order which deprived Scheduled Castes of some benefits if they left Hinduism and converted to other religions,” tells Chandrachud.

“Unlike the wall of separation between church and state in the US, soft secularism in India involves the reform of religion through legislative and judicial interference,” he writes.

Chandrachud’s book is about the journey of Secularism in India from its colonial version to the Congress version which injected soft Hinduism into this idea.

Though Congress leaders post-independence did manage to Hinduise secularism to an extent, despite Jawaharlal Nehru and Mohandas Gandhi’s opposition, the party has gone back to championing the same colonial hypocrisy for it has lost its Hindu character thoroughly.

Congress continues to champion separate personal laws. During its previous stint in power, in a bow to colonial secularism, it created separate schemes for minorities in education and jobs, tried to bring back religion-based reservations and did its best to vilify the majority community by attempting to create a fake bogey of ‘Hindu terror’.

Under the influence of decades of patronage of the Congress party, academia, media and even judiciary has come to toe the old colonial secular line.

Anyone who deviates from this and even subscribes to ‘Soft secularism’ of post-Independence Congress is termed ‘communal’.

In this sense, the Bharatiya Janata Party (BJP) has emerged as a true representative of Old Congress whose leaders approved ban on cow slaughter, passed anti-conversion laws, considered themselves as rightful administrators of temples by virtue of being Hindus and who championed a Uniform Civil Code.

Many supporters of the BJP do not approve of most of these positions for various reasons but that’s a topic for different debate.

What one must acknowledge is that Chandrachud’s book is an important contribution in scholarship on the issues dear to Hindu right - cows, temples, religious reservations, and conversions. It is now up to them to take it forward, cogitate and come up with a framework to deal with these issues where solutions are found neither in Colonial Secularism nor in the old Congress version but in traditions and models indigenous to India’s culture.