This Community In Tamil Nadu Wants To Be Taken Out Of The SC List; On Friday, It Moved A Step Closer To The Mission With A Major Victory 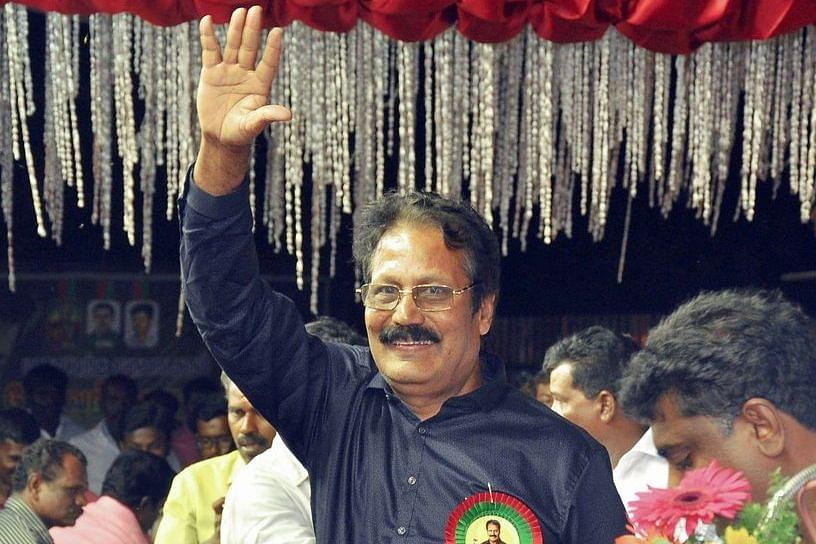 At 20:52 on 4 December 2020, the Honourable Chief Minister of Tamil Nadu Edappadi K Palaniswami sent out a tweet.

It was one tweet for the Twitter handle of the CM but signalled a tremendous shift in the social justice paradigm of India.

Combining seven internal categories of a larger community and giving them a common name ‘Devendrakula Vellalar’, the Tamil Nadu state government has accepted in principle the recommendations of an anthropological committee under IAS officer Hansraj Varma and has recommended the Central government to issue a notification to this effect.

This is a victory for the democratic struggle of Puthiya Tamilagam, the party of Dr. Krishnasamy, which has been demanding the same for the last three decades no less. But they never torched a bus, fell a tree or stoned the public transport system.

The community also has been demanding that it be removed from the Scheduled Community list.

This demand has shocked the conventional political discourse that makes political capital out of victimhood, real or perceived, of a community. However, it symbolises what Dr. Ambedkar had actually envisioned for Indian society.

He believed that the purpose of reservation to the socially disadvantaged sections of the society, who were to him the true minorities, was to make them feel no longer the social minorities but to make them merge with the majority.

While reservation ensures that the share denied to the marginalised communities in terms of economy and power in government structure is provided to them, the process of integration itself has to happen through the society and its cultural strength.

The politicians so far have been ensuring that the reservations exist and even get extended to various communities, more because of their vote bank power, than because they were historically marginalised, while making sure that the communities getting the reservations still remain warped in their victim mindset.

The Devendrakula Vellalars have broken this vicious trap and have emerged as a shining example of what Dr. Ambedkar envisioned.

In this fight for real social justice and societal integration, they have been guided by the political voice of their community, Dr. Krishnaswamy.

Dr. Krishnaswamy has been relentlessly fighting for the collective term ‘Devendrakula Vellalar’. The term is historically correct and gives the community members a pride in their heritage.

While whole-heartedly welcoming the name change, Dr. Krishnasamy has reiterated that the community should be taken off the SC list.

Unlike the terms like, ‘Dalit’ meaning broken, or ‘depressed’, the good doctor points out that this term at once shows that the community has been over the millennia the custodians and managers of one of the most important of the resources vital for all agricultural communities – water.

With the passage of time and the British considering the indigenous water management system as not very important and neglecting it, the social as well as the Dharmic components associated with water management and the fortunes of the community fell.

Many communities became powerful by getting into the colonial administration. And certain communities were pushed into the inhumane horrid social space called 'untouchability'.

Colonialism and evangelism benefitted from such deterioration. Dharma and rashtra suffered.

Colonial discourse added another dimension to this – a very crucial dimension. It blamed Hinduism for these ill effects in the society. This actually justified the colonial rule as a civilising mission. The colonial vested interest was well served by this discourse.

Post-independence, the same discourse continued with the new masters.

The civilising mission discourse of colonialists was taken over by the Nehruvian-Dravidian-Marxist polity.

'Hindu civilisation suppressed communities for centuries and continues to suppress. The only saviour is of course the pseudo-secular polity'. Almost every community leadership has fallen for this discourse and has curried favour with the state – either through vote-bank, or violent politics.

So, not reservation but the pseudo-secular polity abusing reservation as a vote-bank strategy, instead of alleviating the social backwardness, made a political fetish out of it.

It is this vicious cycle of vested interests and fragmented victimhood identities which Dr. Krishnasamy has threatened with his call for the collective name and the call to exit from the SC category.

It is to the credit of Dr. Krishnaswamy that he carried on the agitation in the most democratic manner, never abusing any leader or community but always uncompromisingly pressurising the governments, both the central and the state.

He himself faced abuse and ridicule on social media. But on the whole, the community support and his own integrity and persistence helped him sail through.

He has set a new benchmark for community-based politicians – to harmonise the community's interest with the larger good of the society. In this way this is pioneering politics.

One cannot but contrast this with the violent agitations which the Vanniyar community is indulging in. Ironically, they claim kshatriya-hood.

The primary duty of any kshatriya is to protect public property and not destroy it. Those who stone buses and trains are showing that whatever else their claim may be, their claim to kshatriya-hood has been totally negated by their behaviour.

But even here a change is visible.

Instead of asking for reservation, now they have started asking for share. In other words representation. This subtly changes the narrative of victimhood.

'We demand that we represent our community in any domain' is their demand and not that a reservation be given to rectify the suppression.

Yet, PMK, the party that speaks for Vanniyar community needs to learn the basic lessons of democratic agitation and working from Puthiya Tamilagam, the party of Dr. Krishnaswamy.

There is an apocryphal story told in the community circles of EVR.

When the so-called Pallars conducted a conference and released a magazine called ‘Devendra Kula Malar’, EVR was livid. He could not tolerate that a community then listed as SC could claim such a heritage. To him, anyone in SC community could not have any respectful heritage. They were only suppressed masses under Brahminism.

This is the elitist narrative of the left-progressives also. This is an inverse and even more perverted form of casteism.

Now, the ball is in the Centre’s court.

One should remember that it was this community whose members, because of a local conflict in a village called Meenakshipuram, converted to Islam which led to nationwide outrage. Now, the current demand shows that the atrocities on the socially marginalised in any region is more because of local factors and not because of Hinduism.

In fact, the Devendrakula Vellalars prove that while reservation has the ability to strengthen a community in terms of its social power and economic improvement, the more crucial emotional integration can be achieved through Dharma. Dr. Krishnasamy being a valued and respected guest at the Nagpur RSS event proves that.

One can expect a cascading effect with other communities also if and when Dr. Krishnasamy wins in his Bhagirathic efforts.

Now Modi government has to respond to this Bhagiratha from the South and let the Ganga of true social emancipation flow through the land.