This Is Not What You Were Voted For 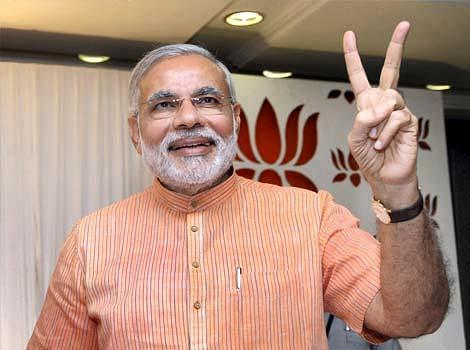 Come 2019, nobody will hold NDA accountable for not banning pornography or beef. Concentrate on Make in India, ease of doing business, etc.

The NDA government’s knee-jerk reaction to an observation — not an order or verdict — of the Supreme Court in the form of banning 857 pornographic websites is befuddling. To put it in perspective, a backgrounder is warranted.

There are times when we fail to appreciate, or even spot, simple and straightforward messages which keep hanging right in front of our eyes. Losing sight of such messages often leads to complications, which take situations out of our control, and that seems to be the case with the NDA government.

The simple message that seems to be escaping its attention is that it came to power with a mandate for change — a change from the style of governance practised for a decade by the UPA. The mandate emanated not to a small extent from the then prime ministerial candidate Narendra Modi’s electoral promise of “minimum government, maximum governance”. It implied less of ad hocism by the government and more of rule-based play. It implied an effort to prioritise the matters of economic growth, administrative efficiency, breaking out of the policy paralysis of the last years of the UPA administration, improving business confidence and ending corruption.

By any measure, these were huge tasks. For a government that came to power riding the hopes and aspirations of a demoralised electorate, achieving these would need perseverance, unwavering attention and the will to succeed. Above all, achieving these goals would need time. None of these can be achieved overnight. It therefore becomes all the more critical that for that time, till the results start showing up, the government needs to stay focused.

Within a year, however, the government appears to have wavered off from its core agenda. There is little to show in terms of achievement, but the attention of the government has moved to social and cultural engineering. The latest example of course is the way it has dealt with pornographic websites.

In the face of a public opinion backlash, the government stepped back and removed the ban. Telecommunications Minister Ravi Shankar Prasad claimed that his government could not be branded as an equivalent of Taliban. Then, instead of taking a position, the government asked telecom service providers to identify and restrict access to sites which have child pornography content!

The suggestion was understandably rejected by the Internet Service Providers (ISPs), as they continued to block all porn sites, as any action on their part can be based only on the nature of address or URLs of sites, and a URL does not always reveal what the site contains. Furthermore, a site found to be ‘clean’ on the day of inspection can sneak in an objectionable clip one fine day. Note that the video clips in most of these sites are uploaded by users and not the site manager. It’s near impossible to monitor all of them constantly. And even in case of a few sites that claim they only show acts between consenting adults, thus ruling out child pornography and rape, you have to take their word for it; there is no technically foolproof way of ensuring there is no breach of trust.

Let’s for a moment keep aside the legality or moral justification of such an intervention, and place it in a larger canvass. Undoubtedly the government acted quickly in response to a public outcry and modified its action. But the damage was done. The response of the government was projected as an inadequate measure at best, and bungling at a half-hearted attempt to play moral police at worst, rather than a course correction in the tradition of democracy. It was painted as a defeat of a regime which was out to control the everyday lives of citizens, as a government of the same party in a state has tried to restrict individual liberty in the form of a beef ban. That the ban on cow slaughter has been in vogue in some non-BJP states as well does not affect the spirit of the outrage industry, as the detractors easily influence the national discourse.

The government said finally that this ban is impossible to enforce. They should have known it right in the beginning, displaying maturity in governance. The week-long nationwide debate distracted public attention from the economic front, which is, any day, the most important issue the people are confronted with.

The furore on television shows and in social media was combined with the allegation of this government’s inability to negotiate a logjam in Parliament created by a minority opposition, and the Treasury Benches’ inability to push through difficult reforms. It was subtly linked up with the impression created not too long ago of the governing party hardliners creating communal tension. The BBC asked dramatically, “Has Narendra Modi lost the plot?”Is Modi’s development plans only about imposing bans?” asked another columnist at DailyO. The widely read and respected PB Mehta opined “Loud but silent: Modi’s actions are opposite to the mythology surrounding him.” Others put the Government on the dock for ‘hounding’ civil society activists and attempts to silence critics.

There’s a sense of déjà vu to all these reactions. Those who followed the run up to the general elections (which most people did) in which the BJP obtained (unexpectedly to many) a majority, the chief narrative against the party was that it was communal, chauvinistic, full of narrow-minded people, fascistic, with a propensity to play the role of moral police and capable of destroying the secular, multicultural fabric of the country. An overwhelming section of the opinion-makers, newspaper columnists, ‘left-liberal’ commentators, and of course political opponents harped on these themes at varying intensity for years. Modi was the chief ‘villain’ in this narrative.

It was certainly not a small credit for the Modi-led BJP to overcome this incessant barrage of negative campaign. The small but shrill and powerful group of opponents dominating the print and electronic media space failed to convert their campaign into vote share.

In an inexplicable transition, it appears that the lesson of the victory has been forgotten. It appears that the governing party has assumed that winning the elections has made it more acceptable and has automatically earned it the legitimacy which was questioned by their opponents. It appears to have been forgotten that the defeat of the opposition narrative was temporary. Defeat does not in any sense imply elimination. It only meant a temporary cease-fire, with the protagonists of the narrative waiting to revive it and scale it up. This is the other simple message that has been lost sight of, despite being right up there.

There are only two ways to fight this narrative while being in power — to gradually build a counter-narrative which negates the mainstreamed version, and stay focussed on governance issues which propelled the party to power. Failing to do these would mean walking obliviously into the trap that the opponents have diligently laid out. The government appears to be walking that route.

It is therefore time to embrace the simplest message. Stick to the programme for which people voted you into power. And they certainly did not vote you to ban beef or pornography. Take forward what you have begun well — create the jobs, deal with the mess that is judiciary today, improve the ease of doing business in the country. First check whether one has access to a good educational institute, or has a decent job, or can go out into the city freely late in the night without worrying about being molested — a discussion on whether she likes to have beef for dinner or doesn’t mind watching porn can wait. And frankly, it is not your business.

With technical inputs from Surajit Dasgupta

Chandrachur Ghose is a business strategy consultant and founder-member of 'Mission Netaji'.
Get Swarajya in your inbox everyday. Subscribe here.
Tags: