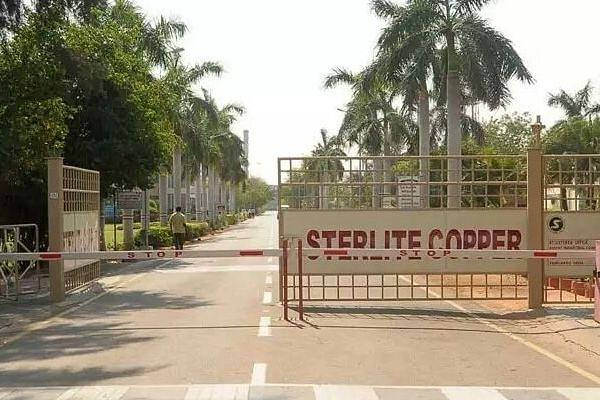 Sterlite Copper, a company that operated its plant in Tamil Nadu’s Thoothukudi district for over 20 years, became a victim of politics, and was forced to shut down in May 2018.

The effects are already visible. Production from Sterlite met 40 per cent of India's copper demand and provided livelihoods to around 1 lakh families, either directly or indirectly.

Sterlite Copper, a subsidiary of Sterlite Industries, a company owned by Vedanta Limited, was forced to cease operations following a major protest in 2018.

Protesters claimed that the emissions and waste from the plant were polluting the environment. The plant has remained shut since.

According to Sterlite, the claims were baseless and were propagated by vested interests. The company still firmly defends its position.

While responding to such allegations, Sumathi, chief operating officer of Sterlite said, “No waste has been disposed of in an unhygienic manner from the Sterlite plant. The waste generated at the plant is called ‘ferro sand’. This is used in cement production, road construction, and land-levelling, and has a great demand. We have been selling them to many companies.”

Another accusation was that the plant was emitting high levels of So2, polluting the atmosphere. That, too, appears to be false. The Tamil Nadu Pollution Control Board (TNPCB) carried out a source apportionment study in February 2019, after the Sterlite plant’s closure, through the Centre for Climate Change and Adaptation Research, Anna University, Chennai.

The study revealed that the value for the pollutant PM10 (particulate matter) was exceeding the standard limits of the annual average. It clearly shows that road dust and vehicular emissions were the major factors contributing to the dust in Thoothukudi.

Further, So2 was not discharged from the plant. It was, instead, used as a raw material to manufacture ‘sulphuric acid’.

Until now, there has been no validated scientific evidence to prove that cancer and marine pollution were caused by the Sterlite plant’s discharge. To be clear, water had been recycled in the Sterlite plant since its inception.

So, how can it pollute the seawater that is 10 km away? It was also alleged that due to emissions from the plant, local women had menstrual problems and pregnant women suffered miscarriages.

About 30 per cent of the employees working for Sterlite were women. They are reported to be in good health and are living with their families happily.

Sumathi said, “The people of Thoothukudi have started realising that there is no harm done by Sterlite. As of now, that's enough for us.”

It is customary to periodically monitor the impact of cancer under the National Cancer Registration Programme and publish study results. One of the institutes which does that is the Adyar Cancer Research Institute (ACRI).

Its data revealed that cancer incidence rates in Thoothukudi were not unusually high. In fact, it did not even rank in the top 10 cities of Tamil Nadu with cancer prevalence.

According to Dr Swaminathan, deputy director of the ACRI: “From 1998 until the closure of Sterlite in 2018, multiple regions in Tamil Nadu were studied deeply to understand the proliferation pattern of different types of cancer. It has been found that tobacco, cigarettes and gutka are the root causes of various cancers. At the same time, the reports of cancer among people living around Sterlite are not significantly different from those in other parts of the state.”

In 2008, the Community Medicine Department of the Tirunelveli Medical College Hospital conducted a survey of 80,725 people living within a 5-km radius of the Sterlite plant.

The population is reported to have a high incidence of lung-related problems and various health issues. This was the data that was used by the anti-Sterlite group.

We spoke to Dr Deivanayagam, the head of the Radiotherapy and Oncology Department of the medical college, which earlier submitted the report.

He said, “the report was given by the Community Medicine Department of the Tirunelveli Medical College Hospital. Though the report was not false, it was heavily misinterpreted by so-called environmental and social activists.”

To begin with, this report was not made from a survey per se but from a medical camp conducted in different areas. Only those with health issues attended the camp. The total population of the areas in which the camp was conducted was around 80,725. But those demanding the Sterlite plant’s closure made it look like all 80,000 people were examined and were found afflicted with health issues."

But what do the people of Thoothukudi think about the Sterlite issue? To find out, we visited South Veerapandiyapuram, which actively participated in the anti-Sterlite protests.

The first person we met was Shanmugalakshmi. She had personally led families in her neighborhood during the protests. But now, she looked broken and was in tears while talking to us.

“Many strangers came to our village. They played multiple videos explaining the harmful effects of such factories and assured us that they will help us and get rid of Sterlite. We thought they were our messiah. We raised the pamphlets they gave and chanted the slogans they taught us. Only after the plant got shut, we understood that we were cheated.”

She later added, “While Sterlite was operating here, they provided scholarships for school and college students in our village. To help women like me, they introduced various women empowerment schemes, medical facilities for the sick, tree planting in the city, and many good things. Now we are standing in the street like orphans without any support.”

Next, we met Sandanamari, another important figure who mobilised multiple families to protest against the plant. She, too, spoke with a heavy heart. "My husband used to work for Sterlite. The family was doing well till the company was operating. We unnecessarily fought against the plant and forced it to shut down. Now, my husband must go to work for wages, and it's hard to support the family. We have two kids. They were all born here. If the allegations against Sterlite were true, then how could I and my family be still healthy? We didn't understand this during the time of protest.”

“Only now do we begin to suspect that someone was taking money and directing the protest. Anyway, it's us who are suffering now. On behalf of the villagers, I beg the authorities to reopen the plant”.

We also spoke to some people who wanted to remain anonymous. One person said, “On the day the shooting happened, a mob set a car on fire and resorted to violence. That mob was clearly a group of strangers. It was later learned that someone did it to close the plant. We have to make arrangements to reopen it”.

The entire agitation against Sterlite was staged by some foreign powers, say intelligence sources.

A few top officials anonymously stated: “Only recently, Indian industries were successful in outcompeting the foreign companies that tried to dominate the Indian market. Sterlite is one of them.”

Sterlite excelled in the production of metallic copper, which played a vital role in the country’s industrial development.