Three Years Ago, Uma Eloped With Arif. Today, She Is Fighting For Her Life After Being Burnt By Him 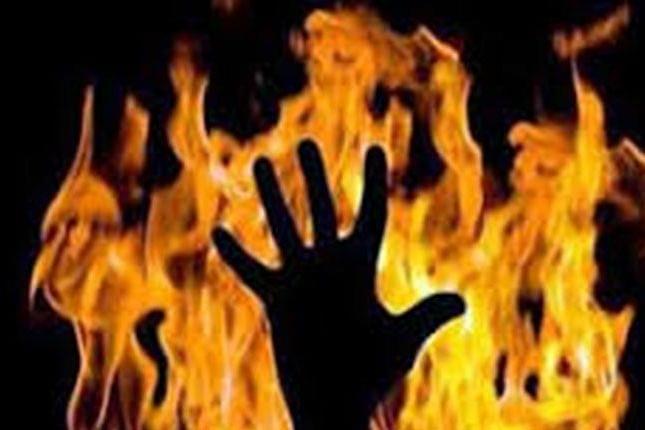 Even though Munnilal wasn’t pleased in the least when his youngest daughter, Uma, eloped with a neighbour, Arif, three years ago, he wasn’t prepared for what Arif did to her this week.

He burnt her alive. Uma, who is fighting for her life in a hospital, has said this in her statement to the police.

Uma and Arif hail from Sesa village in Jhansi district of Uttar Pradesh. Uma’s father, Munnilal, who belongs to the scheduled dhobi jaati, is a daily wager who works at construction sites or farms for a living.

The village has a population of about 3,000 people, about two-third of whom are from the Kurmi jaati, which again is a scheduled caste in the state. The village has about 150 Muslims. Arif worked as an autorickshaw driver when he entered into a relationship with Uma.

As per Munnilal’s complaint to the Poonch Police Station at that time, both Munnilal and his wife were out for work when Uma left the house. When he inquired from people around, they said they had seen her go with Arif.

The Poonch Police filed a first information report (FIR) on 1 June 2018 (number 126). They booked Arif under IPC sections 366 (kidnapping to compel marriage), 367 (kidnapping for slavery or hurt) and 323 (causing hurt) as well as relevant sections of the Scheduled Caste and Scheduled Tribe (Prevention of Atrocities) Act.

The police tracked down Uma. In her statement to the police (recorded under Section 161 of the CrPC) and the magistrate (recorded under section 164 of the CrPC), Uma denied the charges of kidnapping. She said she had gone willingly with Arif to Kanpur. She changed her religion and, in August 2018, they had a “court marriage” in Kanpur before moving to Gujarat.

Even though the police filed a final report in September 2018, the court quashed the case only recently — in February 2021.

Munnilal told this correspondent over phone on 8 July 2021 that he was strictly against Uma’s relationship with Arif as he was Muslim. He had learnt of it a few weeks before she eloped. He says Arif never met him with a proposal before he took away Uma to Kanpur.

Uma is the youngest of Munnilal’s three daughters. She has a younger brother. “If my eldest daughter had done what Uma did, I would not have been able to marry her sisters,” he says.

Munnilal says that Arif left Uma the same year they eloped. “Initially, they both went to Gujarat. A few months later, Arif dropped her at her elder sister’s house. He began to ignore her,” he says.

Uma’s elder sister Kanchan lives in Ajnara village of Jalaun district (Sesa and Ajnara villages are about 50 kilometres away. Both fall in Uttar Pradesh). Kanchan was married by then, but could accommodate Uma as her husband would be out for weeks at a time. Over time, Uma rented a place near her sister's house.

Uma has never visited Sesa since she eloped, says Munnilal. “Don’t you know how much badnaami it would bring?”

He says it took quite some time for Uma to come to terms with the reality that Arif had indeed left her.

On 6 July 2021, she was discovered by a dhaba owner lying in a burnt state on a highway near Ajnara. The dhaba owner, identified as Bhanu Rajput in the reports, promptly dialled 100 and called the police. Uma was admitted to the district hospital. As per various reports, Uma has told the police that it was Arif who burnt her alive and threw her on the road.

Munnilal says the trigger behind the attack could be Uma’s recent scuffle with Arif over his nikah with another woman. “Arif married another woman a month or two ago. Uma told her sister Kanchan about it. She had been very upset. She must have confronted Arif about it,” he says.

The Orai Police that are investigating the case have arrested Arif. This correspondent called up the Jalaun Superintendent of Police (SP), Orai Circle Officer (CO) and Orai Station House Officer (SHO) on 9 July, all three said they could not talk due to a meeting.

This report will be updated when any of the three respond.