Three Years Into Yogi Adityanath’s Tenure, More Households Than Ever In UP Have Access To Electricity For More Hours A Day Than Ever 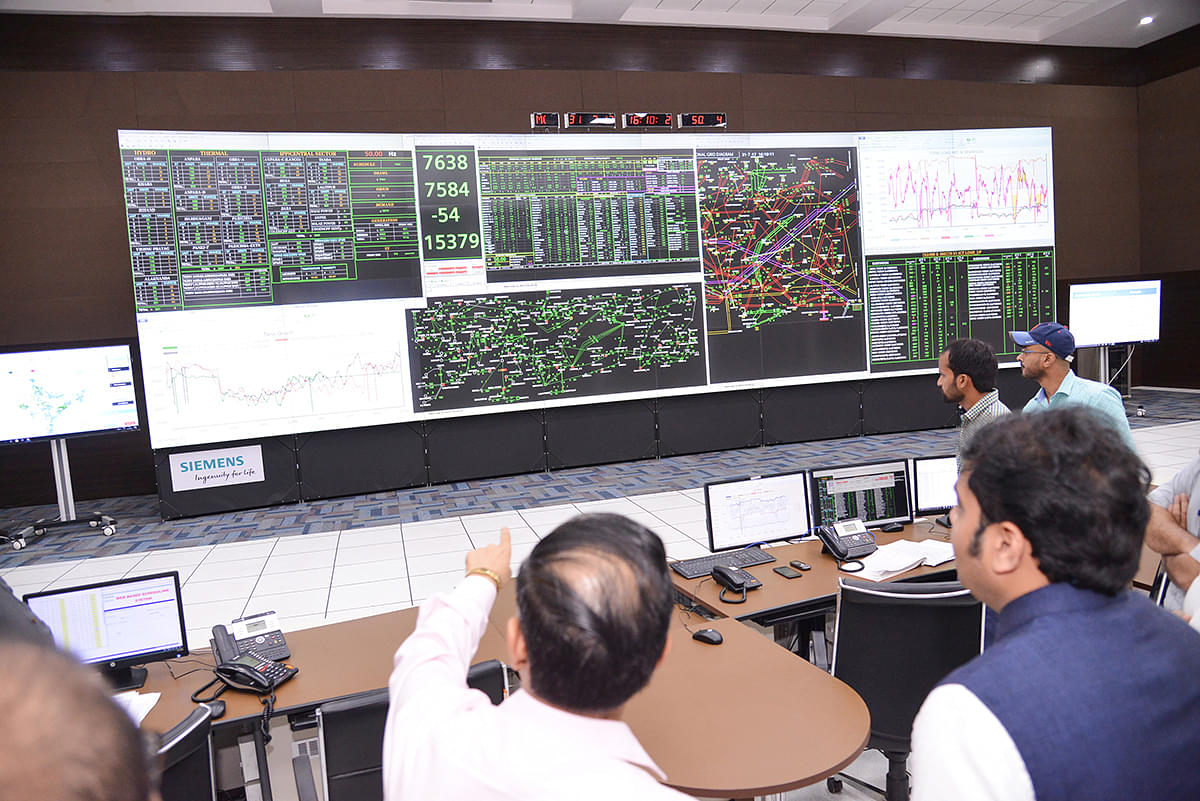 After assuming office in March 2017, one of the priority targets for the Yogi Adityanath government was radically changing the status of electricity supply in Uttar Pradesh.

The government took the vow of ‘Sabko Bijli, Paryapt Bijli and Nirbadh Bijli’ (Electricity for everyone, Enough Electricity and Un-interrupted Electricity) and worked on it relentlessly in the last three years.

This was a tectonic shift in approach for a state like Uttar Pradesh, which was known for its power roasters detailing how much electricity will be cut in which districts, based on the politically favourable constituencies of previous chief ministers.

The first task was to reach out to the un-connected, through the ‘sabko bijli’ (Electricity for Everyone) drive.

More than 1.2 Lakh hamlets of Uttar Pradesh were electrified in last three years, which were un-electrified since Independence.

Under Prime Minister’s Saubhagya Yojna and other schemes, 1.24 crore households, which were previously off the grid, were given power connections in Uttar Pradesh.

More than 75 per cent of households, which were surviving on kerosene lantern, are today enjoying bright LED light.

The next challenge was to cater to this increased electricity demand. To meet this, the State had to produce and procure enough electricity.

The Yogi government did this under its ‘Paryapt Bijli’ drive.

To cater to the increased demand, the State has increased its transmission capability from 16,346 MW to 24,000 MW.

Under UJALA, a central government scheme, the Yogi Adityanath government has cut the demand for power by 700 MW and saved Rs 1,335 crore by distribution of more than 2.6 crore LED bulbs.

Because of the increased capacity, for the first time in the history of Uttar Pardesh, the State is able to provide 24 hours electricity at District Headquarters, 20 Hours at Tehsils and 18 hours at villages.

Electricity theft was a big problem in Uttar Pradesh and Yogi Adityanath government dealt with it with a strong hand.

To check power theft, dedicated police stations are being set up in all the 75 districts of the state of which 62 are already functional.

To achieve the un-interrupted electricity supply target (‘Nirbadh Bijli’), the UP government massively improved the power infrastructure of the state.

In the last three years, 7787 circuit km, 33KV lines were built and 587 new power sub-stations of 33/11 KV were established to ensure un-interrupted supply of electricity to the consumers.

1.47 lakh new distribution transformers were installed and more than 6000 have been upgraded. The government now undertakes a new service level agreement (SLA) to rectify any malfunctioning transformer within 24 hours in urban areas and 48 hours in rural areas.

Everyone has seen the dangerously hanging and tangled electricity wires in the crowded cities of Uttar Pradesh. In fact, who can forget the pictures of ‘UP ke ladke’ – Akhilesh Yadav and Rahul Gandhi, ducking under them while campaigning for 2017 elections.

The Yogi Adityanath government has identified 30 critical projects in 24 districts of Uttar Pradesh, for laying these wires underground.

In the last three years, 22 projects in 19 districts have already been completed.

Achieving underground cabling in an ancient city like Varanasi, with decades old power infrastructure, was quite a daunting engineering challenge but was completed in the last three years.

For villages, the Uttar Pradesh government has decided to replace the open electricity wires with insulated cable lines, an ambitious plan which intends to curb power theft and check the electrocution incidents caused by the uncovered wires.

Hundreds of people and cattle are electrocuted in UP villages every year after coming in contact with the live wires. In the last three years, open wires were replaced with the insulated wires in 6150 hamlets.

In a prepaid meter, the power supply gets automatically disconnected after the pre-paid balance is exhausted.

To recover pending electricity dues, the UP government started the facility to pay pending dues without the surcharge and more than 21 lakh household consumers paid Rs 1577 crores and around 40,000 farmers paid Rs 57 crores of pending dues.

The contrast with previous regimes can be easily observed by the fact that Azam Khan, the all-powerful minister of Akhilesh Yadav government, was booked for electricity theft, among various other charges and Yogi Adityanath’s power minister Shrikant Sharma, got a prepaid meter of 25 KV capacity installed at his official Kalidas Marg residence to set an example for politicians and officials to pay their electricity dues.

Yogi Adityanath completes three years in office on 19 March 2020 and I sincerely hope that other States and leaders will look beyond their prejudice of Yogi’s saffron attire and learn from the governance initiatives of the Yogi Adityanath government in different areas of statecraft.

All data from official figures.