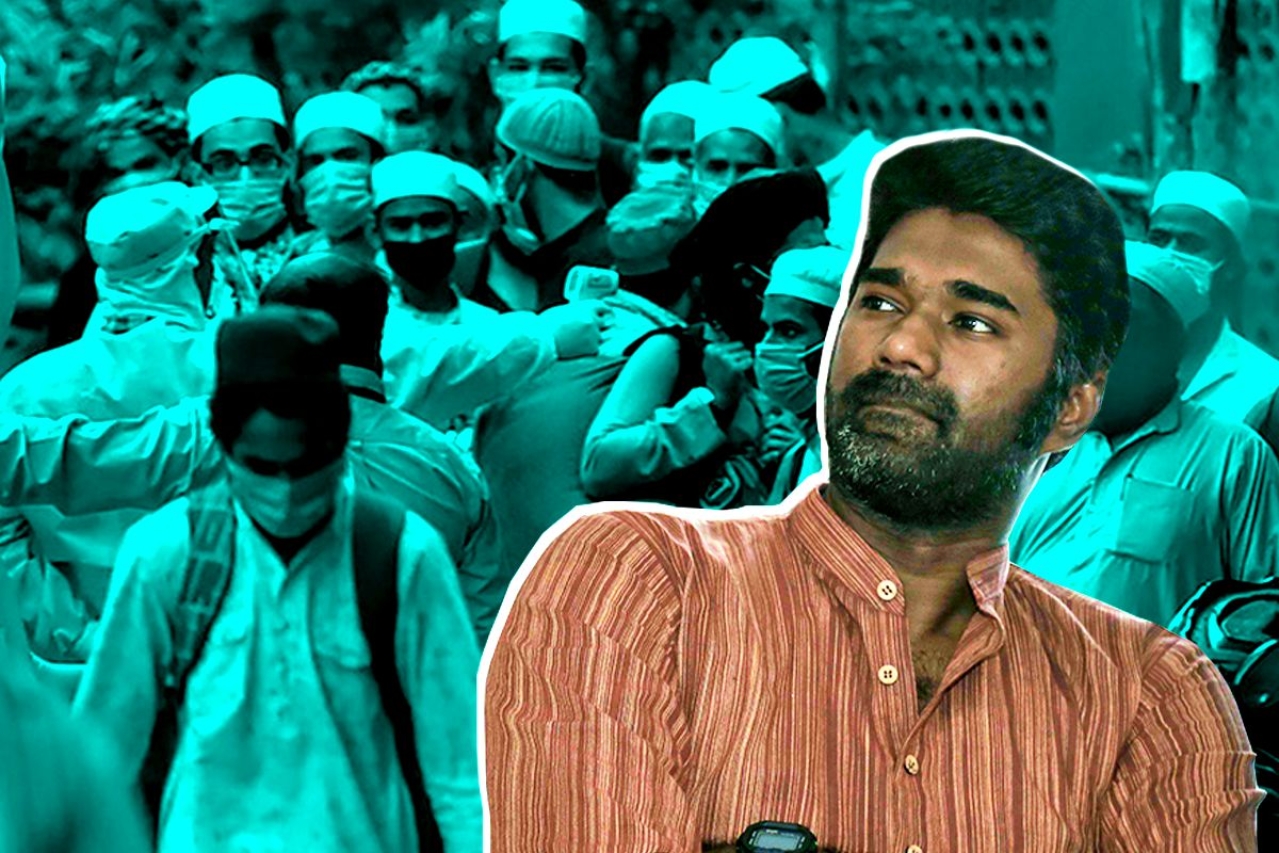 Tamil Nadu Police has filed a first information report (FIR) against video blogger (Vlogger) Maridhas for a posting a few videos that actually explains the dangers of the spread of Coronavirus (Covid-19) caused by the Tablighi Jamaat congregations held in Nizamabad last month.

The Tablighi Jamaat held two congregations last month at the Aalami Markaz Nizamuddin, the latest during 22-24 March. Thousands of the Jamaat followers took part in it putting all of them to risk in contracting Covid-19.

The case against Maridhas has been filed under Indian Penal Code Sections 292-A (printing of grossly indecent or scurrilous matter or matter intended to blackmail, 295-A (Deliberate and malicious acts, intended to outrage religious feelings or any class by insulting its religion or religious beliefs), and 505(2) (Statements creating or promoting enmity, hatred or ill-will between classes.

Besides, the FIR has also introduced provisions under Section 67 B of Information Technology Act. Maridhas told Swarajya that he is trying to get anticipatory bail in the case registered against him.

In his complaint lodged against Maridhas, Meeran alleged that the Vlogger had attempted to defame Islam by saying that “Muslim terrorists who had taken part in the Tablighi Jamaat congregation(s) (at Nizamuddin) were spreading Coronavirus wantonly”.

This, the complainant alleged, was leading to a situation where communal clashes could occur. He also charged that the video would spread a wrong impression about the Islamic community.

Per se, the registering of an FIR against Maridhas seems to an effort against freedom of speech and expression, especially in Tamil Nadu. It also looks like a climbdown by the ruling All India Anna Dravida Munnetra Kazhagam (AIADMK) to appease the TMMK and its followers.

A complaint is converted into an FIR when the police officer receiving it finds it cognisable. The irony of the FIR is that both the complaint and its cognisance have been done at the same time - 10.30 pm on 4 March.

Also, the place where the complainant says the incident had occurred is Youtube and Facebook. If at all an FIR had to be filed, the best place would have the hometown of Maridhas and not a village in Tirunelveli.

Also, this raises a serious question: Is the complainant making an attempt to suspend or cancel Maridhas Facebook and Youtube accounts?

There seems to be a malicious attempt since Meeran cites these two websites as the place of occurrence and could lead to the suspension or freezing of his social media accounts.

There could be other vested interests in Tamil Nadu which are out to wreak vengeance on Maridhas, particularly since he has exposed their intentions, shortcomings, drawbacks and double-speak through his Vlogs.

Though Maridhas, in his brief interaction with Swarajya, did not allege any motive behind the complaint, scrutiny of his Vlogs and those who problems with him do show that there could be forces acting from behind.

The regrettable aspect of the whole episode is the Melapalayam inspector of police Jeyapaul Barnabass taking a suo motu cognisance of the videos rather than really go through its contents.

Right at the beginning, Maridhas is frank in saying that the video is not against any specific community, particularly Muslims. In the video titled “Terrorism + Coronavirus = India’s new problem”, the vlogger starts off saying that those viewing it had to set aside their religion, caste and language to see it in the correct perspective.

“Don’t try to confuse this as a religion-based recording. Keep that aside and view it as an Indian,” he says and starts it with the view of US official who has said, “whoever has spread Coronavirus is a terrorist”.

He then points out statements and actions such as that of the Infosys employee Mujeeb Muhammed and a Pune local in encouraging some people to spread Coronavirus. He said these persons had “terrorist thoughts” as the spread of the disease could kill people.

Pointing out that many people were out with such thoughts, he regrets that when such people are confronted, the issue is converted into a religious one. Not just that, these people with “terrorist thoughts” take cover behind those politicising or converting it into a religious issue.

Had the police officers had gone through the videos with clear thought and mind, he will likely not have found anything cognisable.

The FIR looks like a threat to freedom of expression, especially when Maridhas points out the fallout of the nearly 1,500 people who have attended the Alamai Markaz Nizamuddin congregations.

Nearly 30 per cent of those who attended the Tabligh Jamaat event in Delhi have tested positive for Covid-19 and they account for 92 per cent (570) of the total 621 cases in Tamil Nadu.

Maridhas doesn’t paint everyone who attended the event as a villain but only raises the suspicion that someone with malicious intent could have attended it. Is the discussion on the Tablighi Jamaat and its fallout a crime?

There is no gainsaying that Tamil Nadu was initially hampered in its efforts to contain the spread of the pandemic disease, especially when most of those who came from Nizamuddin tested positive.

As Maridhas says in his video, some of the major cities in the State such as Chennai, Coimbatore, Erode and Tiruneveli had numerous Coronavirus cases.

The FIR against Maridhas is an attempt on three fronts: One, to crack down on freedom of speech and expression. Two, it also now gives his detractors a chance to indirectly target and harass him. Three, it is to silence people from discussing the Tablighi Jamaat actions resulting in the number of Coronavirus cases rising in India, particularly in Tamil Nadu.

Per se, this looks like an attempt to harass him. Rumours are that an opposition party and its political advisor are acting from behind the screens on this matter.

It would only be in the fitness of things if the Tamil Nadu government can view this without any bias and pressure. As Maridhas says in his video, every Indian has to act responsibly.

And more importantly, freedom of expression cannot be the sole property of a chosen few.