To Retain Power in 2019, The BJP Must Eschew Its Fascination For Micawberism 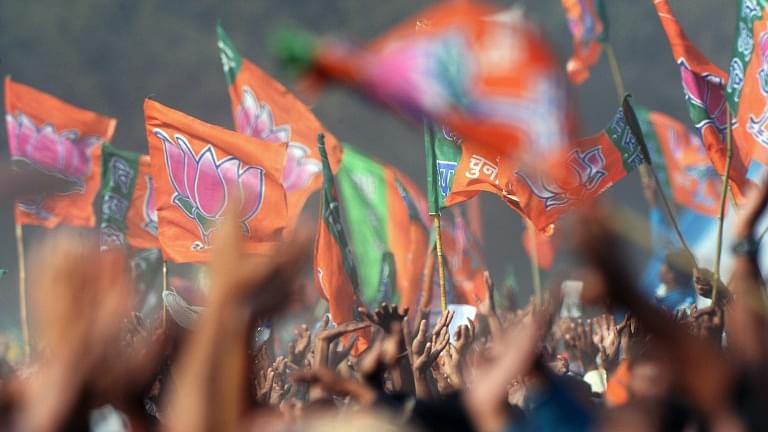 The BJP government at the center is going to clock two years soon. If one week is too long in politics, a two-year reign is sufficient to indicate where the government is headed. And the straws in the wind point to excessive Micawberism—unjustified optimism about its policies and programmes.

Let us start with the latest—e-mandi for farm products. It is a good idea to seamlessly integrate farmers across the nation. But are we ready for it?

It is a marketer’s nightmare to launch a product that is not on the shelf. More nightmarish is launching the product even before the first piece has rolled out of the production centers.

Likewise, no government should launch a scheme for which it hasn’t laid the requisite infrastructure.

The country has a very low Internet penetration, estimated to be around 15 percent.
As against a billion ordinary cell phones, there are only about 200 million Smartphone users in the country. This is the reality on the soft side.

What about the hard side?

Has the Modi government jumped the gun yet again?

The way our political-economy functions, the resistance of sulking mandis need to be overcome first. The new hugely subsidized crop insurance scheme also has the makings of excessive optimism triumphing reality.

To be sure, farmers need crop insurance more than farm loans but once again the roll-out of the scheme has sadly not been preceded by a fool-proof and scientific infrastructure to gauge the loss being put in place.

Insurance companies are tough cookies. They do not pay up easily even when there is solid and irrefutable proof of damage. Crop loss due to drought, hailstorm etc is invariably widespread. Unless there is close monitoring at each stage, starting with sowing—both through broad electronic surveillance aided by satellites and micro-reporting—there is bound to be a mad scramble for insurance claims should misfortune strike.

Insurers would be at a loss telling between the genuine claimants and charlatans. Alas, the Modi government had not thought of subsidized and liberal crop insurance as panacea for agrarian ills.

Like a jilted lover, a farmer whose insurance claim is spurned is bound to be more wrathful.

The trend started with the promised retrieval of black money stashed away abroad in the run-up to the 2014 Lok Sabha elections when Modi recklessly promised Rs 15 lakh into the bank accounts of every citizen in the country within 100 days of assuming power.

He should have known better than to build such exciting expectations in the minds of people.

From petulant TV anchors to voluble opposition, all are now taunting the Modi government about the promise not being kept though they all know that it was just election grandstanding.

Make in India, similarly, is a good slogan that resonates both with the right and left wing but not much has been done to clear the bureaucratic cob-webs or red tape to bring foreign investors into India in droves.

The bulk of the FDI received in last two years is in the non-manufacturing sector, chiefly e-commerce.

Lately, a few Indian companies have evinced interest in defence equipment manufacturing with some of them rising to the bait of reimbursement of 90% of the development cost but defence-led manufacturing revival should not have been the first priority, to begin with. Rather, it ought to have been farm-led, with food processing, irrigation and cold storage assuming centerstage.

On the foreign policy front too, Micawberism reins. If Vajpayee went down on his knees by taking a bus to Lahore with dreams in his eyes, Modi outdid him in his display of naiveté by descending on the Pakistan Prime Minister’s family bash uninvited and impromptu.

The promised clinical strikes on the so-called non-state players is nowhere in sight.

Staying in the news is not important. Identifying a few doable things and implementing them is more important. The government is doing well on the road front, and the budget for 2016-17 has rightly put the focus on rural roads.

Let disruptive ideas come from start-ups because the inevitable losses can be contained but governments must not rush with disruptive ideas sustained by Micawberism more than anything else.

Its ideas must be thought through.