Toolkit Exposed: Congress Can Deny Links To Document, But Link To Narrative Is Clear 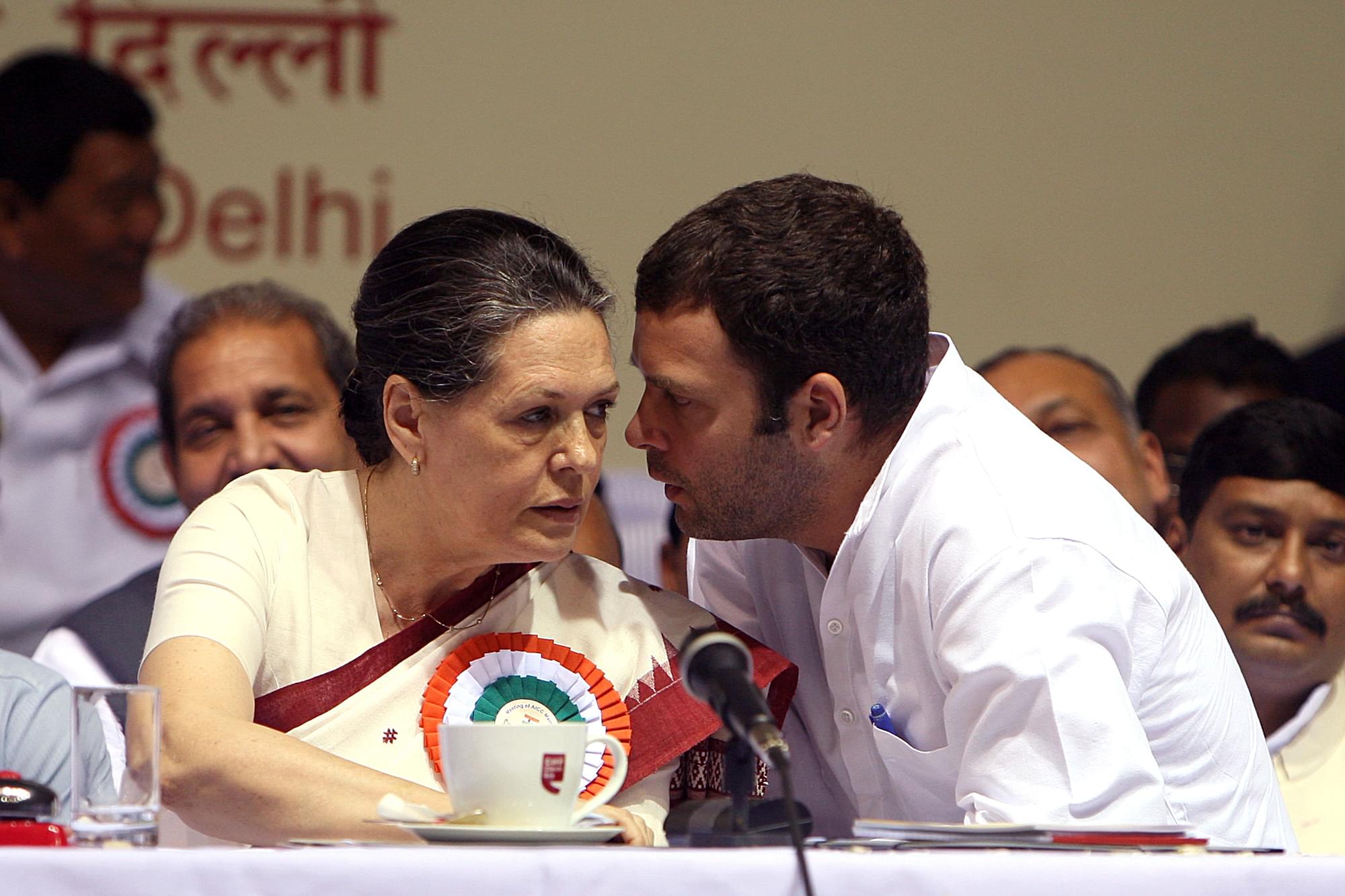 Since the national lockdown was announced last year by Prime Minister Narendra Modi, the Indian National Congress, under the dual and divided leadership of Sonia Gandhi and Rahul Gandhi has followed an obvious political pattern.

When the lockdown was first announced, Congress opposed it stating that migrants were not given enough time to leave. When partial opening up of the economy was allowed, Congress stated that the lockdown should have gone on for long.

When the Election Commission wanted virtual rallies during the Bihar elections, the Congress, along with other Left parties, voiced their preference for conventional rallies.

When the farmer protests gathered steam, they protested against the very same agriculture reforms they promised to implement in their manifesto of 2019 elections, indirectly aiding the violence and arson of 26 January.

The Congress continued with its politics, hindering the vaccination rollout, by fear-mongering. Creating an atmosphere of scepticism around the efficiency of the vaccines produced in India, the party added to the vaccine hesitancy.

When the Centre, under its purview, opened up vaccination for everyone above 45, Congress demanded decentralisation of the rollout and the freedom for state governments to procure and distribute vaccines.

When the Centre did indeed decentralise, the party along with 11 other regional parties wrote back to the Prime Minister, demanding the procurement to be centralised.

On the surface, it may appear to some that Congress, as a political entity, is confused, but if the recently exposed toolkit is any indicator, they are sinister in their agendas, choosing pandemic politics over the country and human lives.

Congress has dismissed the allegations already, saying that the Bharatiya Janata Party (BJP) is propagating a fake toolkit. But is it?

Starting with the politicisation of Kumbh, the toolkit highlights how a narrative must be built against the gathering in Uttarakhand, and how it must be maligned using the term ‘super spreader Kumbh’.

Playing to the gallery of minority appeasement, the toolkit instructs to avoid the equivalence between Kumbh and Eid gatherings and to represent Eid as a happy gathering of families and communities while labelling the holy Kumbh as a show of political power in the name of religion.

The toolkit also includes indulging like-minded international media and journalists to further the narrative against the Kumbh.

Already, enough articles have been published by so-called ‘like-minded’ media against the Kumbh, labelling it as a super-spreader, and can be accessed here, here, here, and here.

Sonia Gandhi was also seen attacking the Centre for its decision to go ahead with the Kumbh. Calling it an event done for partisan gains, Sonia Gandhi labelled the Kumbh as a super-spreader.

Another aspect of this toolkit is that of the PM Cares Fund and its allotment. Rahul Gandhi, along with his comrades from the party, has been continuously attacking the fund even when details of its expenditures have been made available through numerous press releases since last year itself.

The tweets, some coming from people directly linked to the Congress party, attacking him for donating to PM Cares can be found here, here, and here.

On PM Cares, the Congress also wanted to further a narrative against the ventilators sent under the fund's allocation by dismissing the ones sent to Punjab and Chhattisgarh as defective.

However, a recent report revealed how ventilators were in perfect working condition and needed technical recalibration. Thus, the question arises that did Congress use the ventilators to peddle a political narrative while risking countless human lives in the very states they govern?

The objective of furthering this narrative was to create anger against the BJP at the Centre for favouring the BJP-ruled states, and within Gujarat, to create anger against the state government itself. Yes, the two aspects, when stated simultaneously, come across as contradictory, and yet, the narrative was being furthered through the like-minded media.

It is no surprise that Congress detests the Central Vista project. Even though it is among the thousands of small and big infrastructure projects running across the country. The party, starting with the 10 Janpath, has been attacking the project, stating the money allocated for the project must be diverted to vaccines and medical equipment procurement.

The aim was quite straightforward, to somehow get a stay on the project, and to use the judiciary to showcase the Prime Minister as the enemy of the nation for not using every single penny at his disposal to procure vaccines.

The toolkit also stressed amplifying the work of frontal Congress organisations, like the Indian Youth Congress. Shockingly, the toolkit document includes that only those people who tag the handle of the Indian National Congress must be responded to, and by working with some local Congress workers on the ground, hoarding of beds and other facilities must be done in friendly hospitals, only to be released on approval by the party.

Journalists are to be given priority when requested, as seen here, as per the document.

Another disturbing aspect of the toolkit document focuses on ruining the image of Modi. Interestingly, the document also acknowledges that the approval ratings of the Prime Minister have not dipped even in the middle of the second wave.

The document states that dramatic pictures must be used from funerals and of dead bodies. The document adds that party workers and local cadres can work with journalists there to get the ‘right image’ and then the report can be ‘magnified’.

The document also states that the Indian variant must be called the ‘Modi strain’, and perhaps, the objective here was to link the origins of the second wave in India to Kumbh Mela.

Lastly, the toolkit mentions using letters, sent repeatedly, with ‘common sense solutions’ mixed with an emotional appeal to attack the Prime Minister. One such letter was written recently by 12 parties in the opposition and its political decoding was done by the author here.

Congress can deny any or all associations with the toolkit document, and even if the party is to be believed, how does one deny the narrative that is already underway, on the lines of this document itself.

Perhaps, Congress furthered the narrative first, and an inspired toolkit followed, or the toolkit was indeed the doing of the party, and the narrative followed. We may never know, but what we know for sure is that the ideas mentioned in the toolkit were already being implemented for weeks now, and thus the correlation is not without facts or evidence.