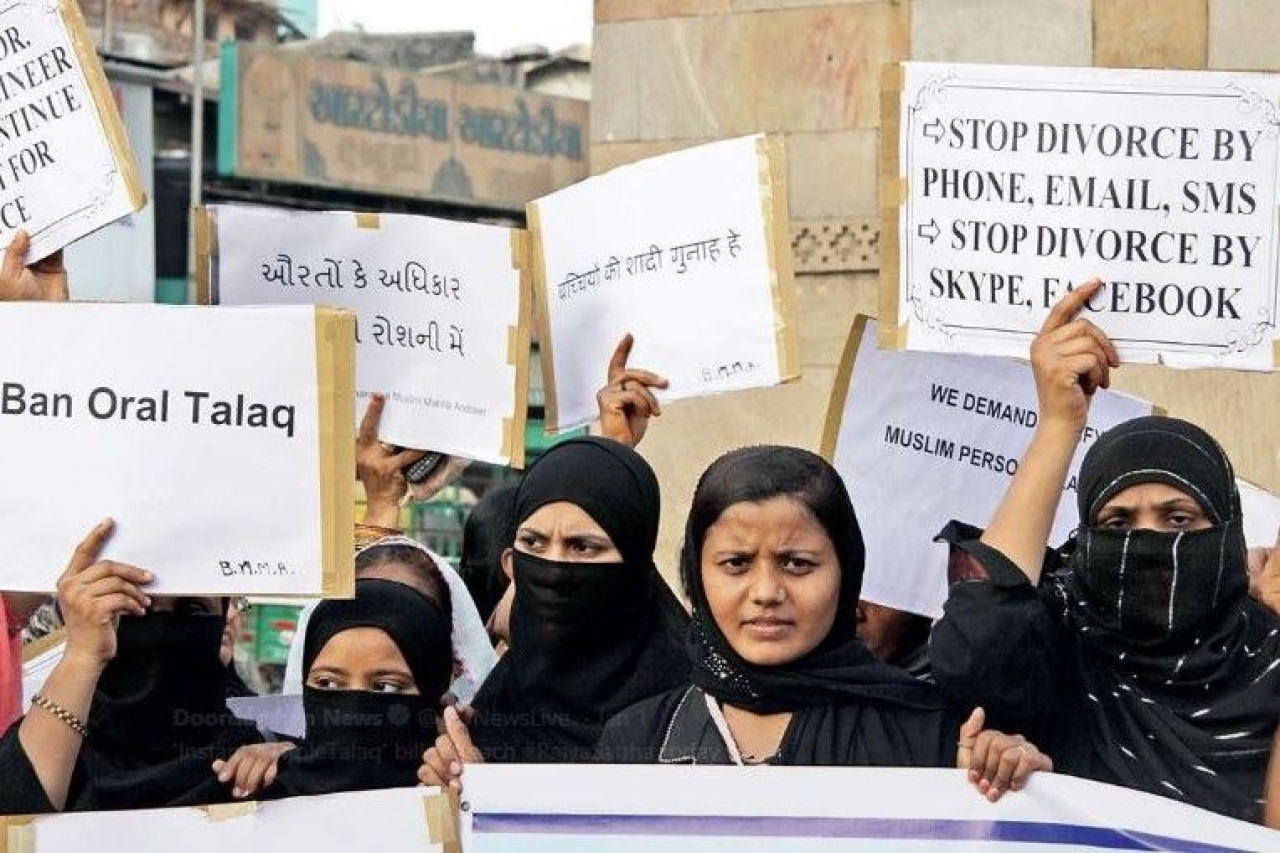 The National Democratic Alliance (NDA) government’s triple talaq bill, labelled the Muslim Women (Protection of Rights on Marriage) Bill 2018, is likely to face the inevitable blackball in the Rajya Sabha even though the Lok Sabha passed it by a wide margin yesterday (27 December). The numbers are simply against the bill passing into law.

The need for the bill came after the Supreme Court delegitimised triple talaq in one sitting. Legally, the mere fact that something has been declared illegal by the courts does not mean no legislation is needed. The courts uphold a principle; it is up to the legislature to define the law in more precise ways so that lawyers, the police and the lower courts know what to uphold or reject.

One can argue that the Bharatiya Janata Party’s (BJP’s) objective is political, since it merely wants the bill passed to demonstrate that its opponents are mere minority appeasers. By the same yardstick, it must be equally clear that the opposition is playing politics in the pursuit of the minority vote. If the government is pushing the law for collateral reasons, the opposition’s demand for referring the bill to a joint select committee is nothing but a delaying tactic, an effort to bury it. So, both sides are playing politics.

The strongest argument against the law in its present form, voiced by AIMIM chief Asaduddin Owaisi, is that divorce should not be criminalised when the courts are decriminalising homosexuality and adultery, among other things. In the law passed by the Lok Sabha, men who practice instant triple talaq face jail, and they can get bail only with the consent of the wronged woman or if a compromise is reached between the couple.

But the counter-argument is equally strong: when dowry demands can be criminalised, and even consensual sex between an adult male and an underage female can be declared as statutory rape, to say that triple talaq alone need not be criminalised is questionable. Societies and cultures view the same crime differently, and the same society may view the same crime differently at different points of time. Marijuana and cannabis may be legalised in some countries, but in many countries they could invite death sentences.

So, there can be no hard and fast rule on what society seeks to criminalise and what it doesn’t. It is not unreasonable to criminalise triple talaq at a time when Muslim men think it is a right given under Islamic law; it can be decriminalised when the same society accepts that instant triple talaq is not kosher. Laws can be eased when there is wider acceptance of liberal interpretations of holy books or bad practices established by culture and tradition.

Another argument against the bill is that it is not about empowering Muslim women, but targeting Muslim men. If we accept this argument, we should also admit that laws against domestic violence or rape are less about providing justice to women, and more about targeting men. Rape is defined as something only a man can do to a woman, when this is manifestly not the case, and the law explicitly avoids equating rape with other forms of “sexual assault” and make the act gender-neutral. So, is the rape law about targeting men?

Other attempts have been made to equate the Supreme Court judgment on Sabarimala, which the BJP – at least in Kerala – has quietly challenged, and the party’s eagerness to give legal shape to the same court’s verdict on triple talaq.

But this is an invalid comparison. First, the Sabarimala tradition is unique in one temple, and not all temples of Swami Ayyappa. And even in Sabarimala, the restriction does not apply to all women – only women of approximate reproductive age. There is not generalised discrimination against women in the way, says, Dalits were deprived entry into temples some decades back.

Just as a man seeking entry into a women’s club, except on terms set by women, cannot claim discrimination, the Sabarimala entry rules fall in this kind of category.

Article 26 explicitly protects the rights of denominations to safeguard their special practices, and the Supreme Court surely erred in declaring Ayyappa devotees as not a denomination. The mere fact that Ayyappa devotees also see themselves as Hindus does not detract from the overall reality that Hindus are essentially a conglomeration of diverse practices and beliefs, with no textual fundamentalism binding them into one formal religion. A Hindu is one essentially by self-definition. You can choose to be called one or not to be called one, and this identity is not decided by which god you worship, or which book you consider holy.

The equivalence drawn between the triple talaq form of discrimination and Sabarimala is false.

Advertisement
Jagannathan is Editorial Director, Swarajya. He tweets at @TheJaggi.
Get Swarajya in your inbox everyday. Subscribe here.
Tags:
180 Shares