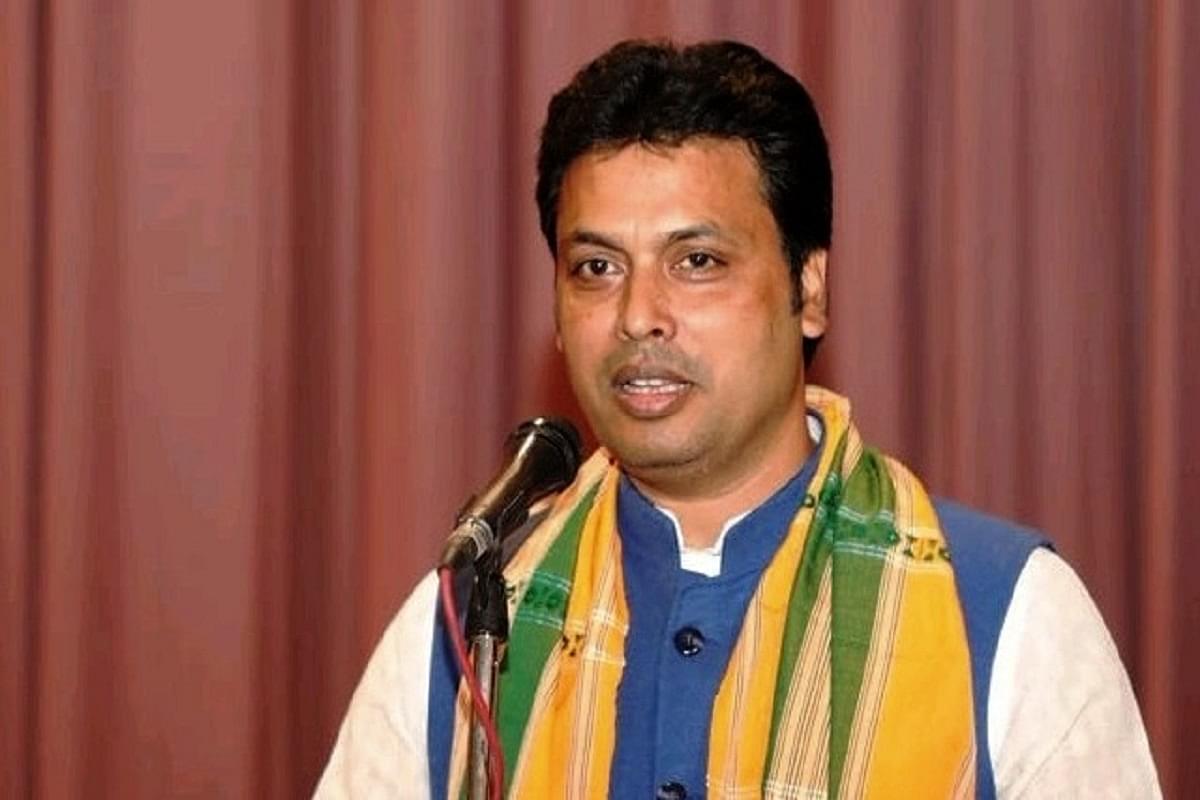 Deb made the announcement after meeting the governor at the Raj Bhavan here.

'Party is above all. I am a loyal worker of the BJP. I hope I have done justice to the responsibilities that were given to me -- whether it was BJP state president or Tripura chief minister. I have worked for the overall development of Tripura, and to ensure peace for the people of the state,' Deb told reporters.

'The 2023 election is coming, and the party wants a responsible organiser to take charge of the affairs here. A government can only be formed if the organisation is strong. After the elections, someone will obviously become the chief minister,' he added.

Deb had gone to New Delhi on Thursday and met Union Home Minister Amit Shah and BJP president JP Nadda for a confabulation on the party's affairs in the Northeastern state.

'The party wants me to work to strengthen the organisation,' said the outgoing chief minister.

'The people want a long-term BJP government here, if a person like me works for the organisation, obviously it will help the cause,' he said.

Deb was appointed the chief minister after the BJP stormed to power in 2018, ending 25 years of Left Front rule.

There have been rumours of infighting within the BJP's state unit.

Deputy Chief Minister Jishnu Dev Varma, who is related to the erstwhile Tripura royal family, is expected to take charge in the interim, sources said.

The state is slated to go to assembly elections next year.