Trouble Mounts For Senthil Balaji, CM Stalin's Close Confidante And DMK Minister, As Recruitment Scam During His ADMK Days Comes Back To Haunt 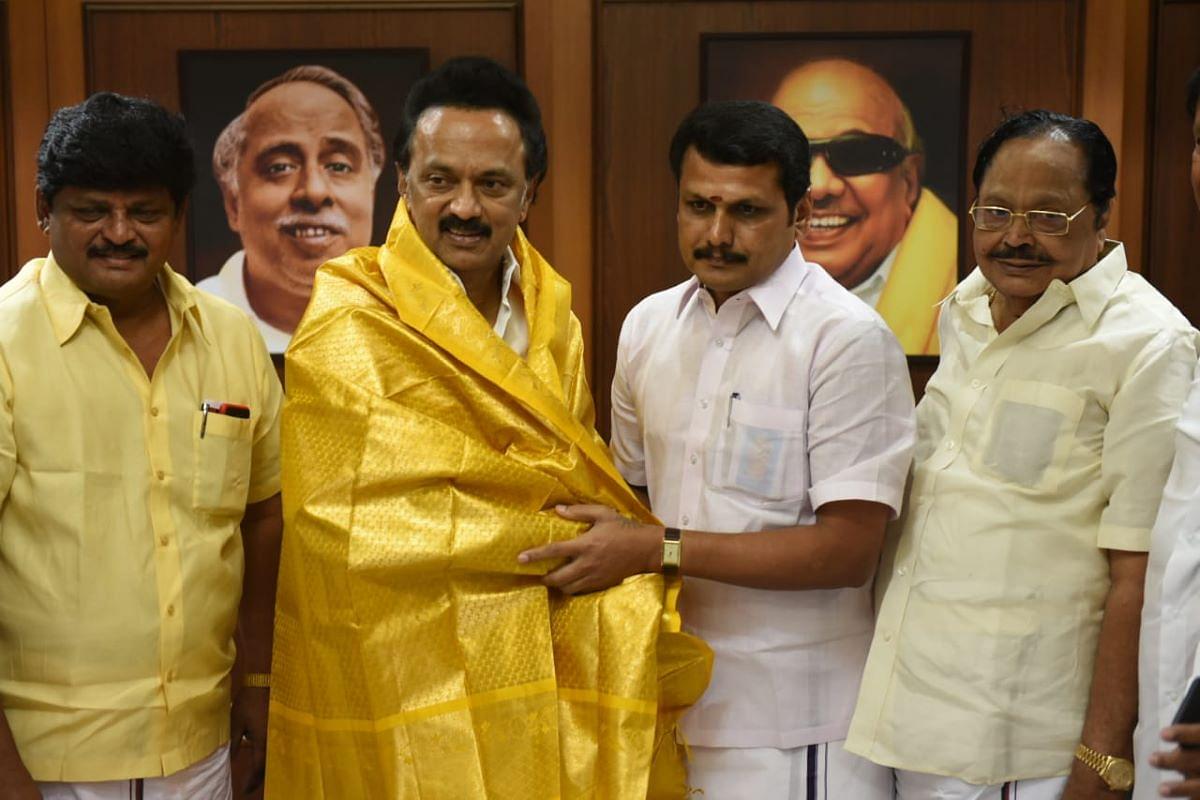 In a massive setback to the Tamil Nadu Electricity and Excise Minister Senthil Balaji, a close confidante of Chief Minister M.K Stalin, the Supreme Court today restored a quashed criminal case against him in a recruitment scam pertaining to his tenure as transport minister between 2011 and 2014 in the ADMK government led by late CM J.Jayalalithaa.

In a baffling judicial order that faced severe criticism from a section of the public and the opposition parties, the Madras HC had quashed the proceeding against Balaji on the grounds that the complainant and 13 victims of the recruitment scam had arrived at a settlement and have been repaid the money owed.

During his tenure as the transport minister in the ADMK government, Balaji is alleged to have entered into a criminal conspiracy with then managing directors of all State Transport Undertakings (STUs) and other officers of transport corporations to secure illegal gratification from candidates to recruit them as driver, conductor, junior tradesman, junior assistant, junior engineer and assistant engineer in the transport corporations.

According to the chargesheet filed by Central Crime Branch (CCB), Job Racket Wing of Tamil Nadu police, Balaji is said to have colluded with his close associates, B. Shanmugam and M. Karthikeyan alias Karthik, and collected data from all State Transport Corporations through managing directors and officers of the personnel section to collate complete data of the candidates.

The investigation by the police revealed that Balaji received illegal gratification from the candidates and sent lists to the managing directors, appointing authority and personnel section officers of the Metropolitan Transport Corporation to issue appointment orders for the candidates mentioned in the said list.

At least 33 candidates were appointed for the post of junior engineer, in accordance with the list illegally furnished by Balaji.

The modus operandi of the scam engineered by Balaji includes altering the original interview marks of candidates in the registers, the police chargesheet alleged. The recruitment registers containing details of candidates, maintained in the personnel section, were tampered with and forged. Interview marks were fraudulently reduced for meritorious candidates.

Investigation into the scam was based on a complaint case filed by an individual working as a technical staff in the Metro Transport Corporation who came in contact with Rajkumar, said to be a close aide of Balaji. During that period, vacancy had arisen in the Tamil Nadu State Transport Corporation for Driver/Conductor etc. Rajkumar informed the complainant that employment can be obtained if money is paid.

The complainant managed to mobilise the amount of Rs. 40 lakh from several people and paid the amount to Shanmugam, who was the official P.A of Senthil Balaji in his presence. Despite Balaji assuring him of posting, the complainant's name was missing from the selection list. (In this period, Balaji was ousted from the ministry after reportedly falling out of favour for a brief while with an influential family member of Sasikala family).

When the complainant approached Rajkumar to repay the amount, two cheques of Rs. 15 lakh were given to him, which were dishonoured. He was also threatened for following up on the money.

At least 14 victims were cited as witnesses who were also defrauded similarly to the tune of Rs. 40 lakh on the promise to secure jobs as driver or conductors.

Charges were filed against the minister and his associates under Sections 465 (Punishment for forgery), 468 (Forgery for the purpose of cheating), 471 (Using genuine as forged) dishonestly uses as genuine and 420 (Cheating) of IPC r/w 120 (B) (Criminal Conspiracy) of the IPC and provisions of the Prevention of Corruption Act.

Balaji, who enjoyed the proximity to Jayalalithaa and Sasikala, is a powerful political organiser in the western districts of Tamil Nadu. His political graph witnessed a meteoric rise which local observers attributed to his 'resources'. Several allegations of corruption rocked his tenure as transport minister. Balaji was ousted from the ministry in 2015.

During the 2016 state assembly elections, Balaji was shifted from his traditional Karur seat and forced to contest from the neighbouring Aravakurichi constituency. The Election Commission countermanded the election to the Aravakurichi seat over brazen misuse of money power by Balaji and his DMK opponent, who was also a powerful local businessman.

Incidentally, the then opposition leader M.K Stalin made grave allegations against Balaji during the campaign trial. Stalin charged Balaji with indulging in corruption, kidnapping, extortion and collecting funds for a member of the Sasikala family with whom Balaji is said to have enjoyed a close relationship.

After the demise of Jayalalithaa, Balaji was a part of the ADMK faction-led by T.T.V Dinakaran before joining the DMK in the 2019 elections.

Since he joined the DMK, Balaji has seen his political fortunes soaring once again, even ruffling the weathers of old DMK functionaries.

Balaji was elected to the state assembly in the 2021 assembly election from the Karur constituency. In a move that even shocked DMK insiders, Balaji landed two crucial portfolios in the M.K Stalin ministry. His rise in DMK was seen as a reward for his closeness to DMK's first family.

Within months of the DMK government assuming office, Balaji began to face charges of indulging in large-scale corruption in signing energy deals. He also faced criticism for his inept handling of the power shortage in the state.

Despite SC restoring the criminal complaint against him, Balaji will likely brazen out, knowing fully well that he enjoys the unbridled support of the DMK first family and his criticality to DMK's plans of making inroads in traditionally weak areas of western Tamil Nadu