Trump, China, And Lessons For India 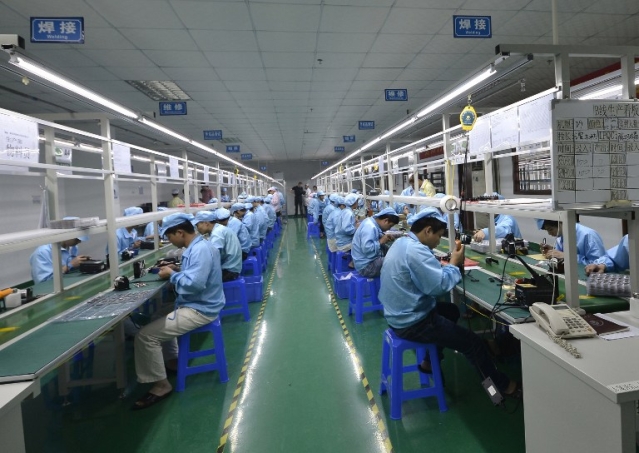 Donald Trump, the surprising front-runner in the race for the presidential nomination in the Republican Party, has been haranguing about how China is “killing” the United States in trade. Needless to say, the chorus of globalist, cosmopolitan elite immediately dumped on Trump, bringing up the shop-worn clichés about the wonders of free trade.Still, Trump soared in the polls because his message resonated with the felt experience of thousands of blue-collar workers in the United States. Indeed, recent polls have shown that Trump draws heavy support from the industrial heartland, from secular blue-collar workers, not church-going conservatives. Yet, Trump may have hit on more than just the fears of the unwashed. A recent study by top mainstream economists (Autor et al) shows that trade with China has had deeply depressing effect on the long-term prospects of workers displaced by Chinese competition. So, what does this all have to do with India?

India too is being damaged by trade competition from China. Even as Prime Minister Modi has been promoting Make in India, India’s trade deficit with China has exploded. Trade deficit with China now accounts for about 36% of India’s total trade deficit even though China accounts for only about 10% of India’s total trade. Worse still, India’s exports to China are biased toward raw materials whereas it imports manufactured products. This should not come as a surprise to all those who have bought Chinese toys, dolls, Ganeshas, fireworks, what not. Small-scale, light manufacturing is being gradually hollowed out by Chinese competition. Unchecked, these trends are likely to intensify in the next few years as China, grappling with chronic domestic overcapacity and a domestic debt mountain, seeks to export its way out of trouble.

It is imperative that India’s policymakers recognize the threat of oncoming tsunami of cheap goods from the north and prepare a game-plan to deal with it.

Free trade is generally a positive-sum game, provided all the countries participate cooperatively. However, the incentives for individual countries to engage in mercantilism and economic nationalism are strong. As the historian David Landes says, “Yet mercantilism was more than mere rationalization. Precisely because it was pragmatic, because it aimed at results, it contained the seeds of the sciences of human behavior. Its principles were modeled on those propounded for the natural sciences: the careful examination of data, the use of inductive reasoning, the pursuit of economical explanation, the effort to find a surrogate for the replicated experiment by the explicit use of international comparisons.” Actually, high economic theory has plenty of support for much derided industrial policy and judicious trade protectionism. First, the manufacturing sector is at the heart of development and progress. Outside of few island and city states, no country has developed without a large manufacturing sector. We associate Switzerland with Yash Chopra movies and secret bank accounts of netas. Yet, the manufacturing sector is substantial even today. Second, there is a steep “learning by doing” curve in manufacturing. In other words, the more you engage in manufacturing the more your productivity and efficiency increases. Third, there are network externalities and spillover benefits to promoting the manufacturing sector. The more you make, the more other ancillary industries benefit from locating near you—which is why we have industrial clusters, such as Detroit, and innovation clusters, such as Silicon Valley. Fourth, MIT economist Ricardo Hausman has argued that greater the complexity of the structure of production the more prosperous the nation. So, there is reason for promoting a diverse economic base. To be sure, such justifications for protectionism and industrial policy have often been abused and have led to terrible policies. Many older Indians will wince when they recall days of waiting five years for a scooter and when domestic products were shoddy. Yet, these failures generally stemmed from other disastrous policy choices not protectionism per se.

History shows that every major power’s rise has been underpinned by economic nationalism. UK, the home of Adam Smith and Ricardo—castigators of mercantilism—was ironically the first to effectively deploy much-derided infant industry protection to spur its industrialization. UK was a relative backwater compared with the Low Countries in the 14th century. It used to export raw wool and import manufactured wool cloth. Edward III wanted to create a domestic manufacturing industry. He is said have worn only English clothes to set an example—for Indians who lived through the 1970s, “be Indian, buy Indian” may seem like a cruel slogan that could only have been concocted by the Lutyens elite! More than just exhorting his subjects to buy locally, Edward brought in Flemish weavers—technology transfer! He also banned the import of woolen cloth—import substitution. Succeeding kings followed some of these policies and some even banned the export of raw wool. Robert Walpole the first Prime Minister stated, “it is evident that nothing so much contributes to promote public well-being as the exportation of manufactured goods and the importation of foreign raw material.” In that light, it is hardly surprising that UK’s policy in India was deliberately aimed at destroying the local textile manufacturing industry and turning India into a raw material exporter.

Alexander Hamilton, whose vision was most instrumental in shaping modern United States, was a strong advocate of infant industry protection—he coined in the word in his “Report on Manufactures.” The policy of protectionism was often unpopular with the southern states, who had a global market for their agricultural products but were being forced to buy substandard and more expensive northern goods. The Nullification Crisis of the 1830s was driven by the southern states’ opposition to tariffs. While slavery was the dominant influence behind the Civil War, tariffs were an important irritant. The United States persisted with protectionist policies all the way up to the Second World War. Indeed, the cooperative international trade order that developed after WWII owed much to the fact that the United States was unchallenged and dominant and the rest of the world’s productive capacity had been decimated. Germany, Japan, South Korea, and many others have risen on the back of economic nationalism and protectionism.

China is the latest to join the long list of nations that have successfully exploited mercantilism. China’s achievement is all the more remarkable given that world trade agreements make naked protectionism difficult. The myriad ways in which China has engaged in mercantilism and hurt other nations has been documented by Usha and George Haley (“Subsidies to Chinese Industry: State Capitalism, Business Strategy, and Trade Policy”). Among other things, China gives massive power subsidies to its industries, provides subsidized loans and land. Unsurprisingly, the complexity of China’s economic process has increased leaps and bounds, and it is rapidly making inroads in high-value-added manufacturing.

Back to the Present

Enough history. The competition from China is only going to become more intense as China seeks to compensate for weakness at home by grabbing market share abroad. China is facing a gargantuan domestic debt problem, one of the biggest in history. Notwithstanding the fondest hopes of the pundits that China will be rebalancing toward domestic consumer spending and services driven growth, the yuan’s recent slide and China’s history suggests that it will seek to boost exports. In 1993-94, struggling with a domestic banking problems, China devalued its currency by 50% in a bid to spur exports. That move may well have been the spark that ultimately culminated in the Asian Crisis. In 2000, facing another banking problem, China did not need to devalue its currency because its ascension to WTO opened up vast export markets. Currently, China is fast running out of policy options and is being pressured by growing capital flight. Devaluing the yuan would kill two birds with one stone—increase competitiveness and relieve capital flight.

India needs to brace itself not just for a flood of cheap imports from China but also a potential reversal in the long trend of globalization. Trump’s message on economic nationalism, hitherto banished from polite conversation, is likely to experience a revivalism across the world in the years ahead. As global trade shrinks, the positive-sum aspects of it will dwindle, making it harder to paper over the negative aspects of trade. A trade war is a distinct possibility. What steps India’s policymakers take to proactively address the challenge posed by China and a potential global trade war will be hugely consequential for its long-term destiny.